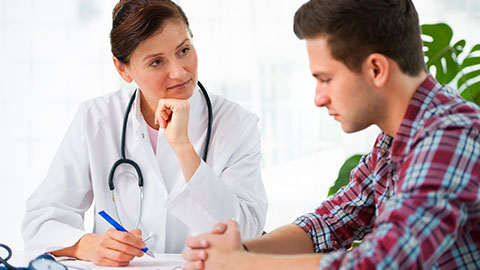 Since fit notes were introduced in April 2010, they have led to greater communication between GPs, patients and employers, a study for the Department for Work and Pensions has concluded. However, there is still significant variation in how GPs use the notes and doctors could benefit from more training.

The study of data from 49 GP practices between October 2011 and January 2013 was conducted by the Institute for Employment Studies (IES) and the University of Liverpool.

It found that more than one-third of fit notes were issued for mild-to-moderate mental health disorders. The highest rates of notes being issued for such conditions were in practices in the most ­socially deprived areas, it also concluded.

A total of 12% of patients had been given fit notes with a “may be fit for work” assessment on them.

But there was significant variety in how GPs used the note, including the “may be fit for work” option, the provision of return-to-work advice and indicating the need for reassessment at the end of the fit note period.

Slightly more than one-fifth of notes were issued for one week or less, around half for between one and four weeks, around a quarter for between a month and three months and the remainder for longer than three months, the study calculated.

Almost one sickness absence episode in five – covered by linked fit notes – lasted for more than 12 weeks and 4% lasted longer than 28 weeks.

Jim Hillage, director of research at the IES and one of the report’s authors, said: “While there is some evidence that the introduction of the fit note is starting to have a positive effect on long-term sickness absence, our study suggests that with further training and guidance for GPs, particularly in relation to mental health disorders and work, the effect could be even greater.”