Is asking about religious dress at a job interview discriminatory? 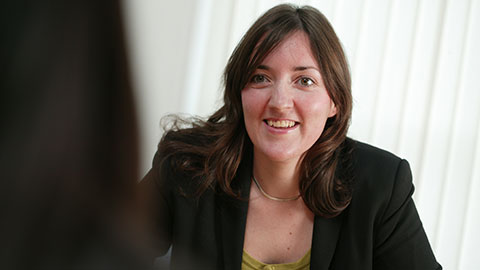 Much attention has been focused recently on alleged discrimination relating to religious attire and whether company dress codes might breach employees’ human rights. Now an employment tribunal ruling has shed light on another aspect of the debate – whether or not questions about religious dress during a job interview are permissible. The answer on the facts of the recent case of Begum v Pedagogy Auras Ltd t/a Barley Lane Montessori Day Nursery is yes, explains Gillian Mair, pictured above, of Brodies LLP.

Ms Begum, a Muslim, brought a claim alleging that the company with whom she had applied for a job as a nursery assistant had discriminated against her because of her religion by refusing to allow her to wear a jilbab at work when a jilbab is a required part of her attire as a Muslim woman.

It was the employer’s position that during the interview undertaken with Begum the interviewing managers discussed the policies and procedures of the organisation. The discussion got on to uniform. One of the interviewers noticed that Begum’s jilbab was particularly long and thought that it presented a potential trip hazard. Enquiries were therefore made of Begum about whether or not it would be possible for her to wear a shorter jilbab to work.

The employment tribunal concluded that the employer did not at any time tell Begum that she could not wear a jilbab while working at the nursery. The tribunal found that Begum was given a number of options and advised her that a number of other Muslim women employed in the nursery changed from a long jilbab into a shorter one when they arrived at work. Another option of wearing a shorter jilbab and adding trousers underneath down to her ankles was also discussed.

In the end, the tribunal concluded that discussing the length of Ms Begum’s jilbab with her during the interview did not amount to discrimination on the grounds of her religion or belief.

Although in this particular case the tribunal found in favour of the employer, it is important for organisations to mitigate against the risk of any religious discrimination claims and to tread carefully when asking questions about an individual’s religious attire.

For any questions relating to an employee or prospective employee’s attire to amount to indirect discrimination because of religion and or belief, it is necessary for the individual to demonstrate that a policy or practice puts people of their religion or belief at a particular disadvantage. It will also be necessary to show that they have personally been put at the disadvantage identified.

The exception to this will be where the employer can show that their actions were objectively justified. This essentially involves weighing up the needs of the employer against the discriminatory impact of the particular policy or practice on the employee or prospective employee.

For any questions relating to an employee or prospective employee’s attire to amount to direct discrimination because of religion and or belief, it is necessary for the individual to show that they have been treated less favourably because of their religion or belief.

Interviewers who have genuine concerns about items of clothing or jewellery posing health and safety risks are entitled to discuss their concerns with an employee, provided they do so in a sensitive manner.

It is helpful if an employer does not immediately reach a conclusion about what is inappropriate. It should ask the employee or prospective employee whether or not they have any suggestions that would reduce the concerns over health and safety and discuss any alternative options – in this case, for example, wearing a slightly shorter jilbab – rather than imposing a blanket ban on a particular type of attire. Not only does this help to demonstrate that the employer has approached their concerns with an open mind, but it also gives the employer time to reflect on whether or not their health and safety concerns are legitimate and whether or not prohibiting an employee or prospective employee from wearing certain attire is really necessary.

To reduce the risk of any discrimination claims arising, it is also necessary to apply the same practices and requirements to all members of staff in a consistent manner. This will help to limit the risk of an individual trying to claim that they have been treated differently from other individuals and pointing to their religion as the reason for the difference in treatment.

Gillian Mair is a senior solicitor in the employment, pensions & benefits team at Brodies LLP