How the NHS reforms will affect occupational health 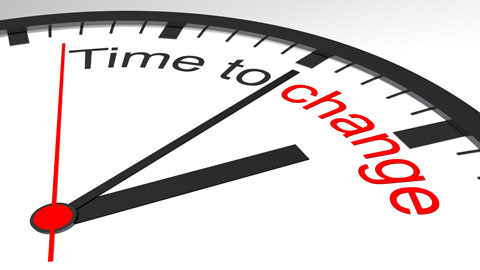 With the NHS reforms poised to jump into full swing, Nic Paton looks at how occupational health practitioners will be affected by the organisational changes.

If you haven’t already done so, look at that crisp new 2013 desk diary, turn to April, and put a big, fat circle around the first of the month. That’s because 1 April 2013 is the day when, without wanting to sound overly melodramatic, the new NHS is born – the day when the coalition Government’s controversial NHS reforms go “live” and strategic health authorities and primary care trusts are formally abolished, with GP-led commissioning groups and a new NHS Commissioning Board stepping into their place.

NHS OH practitioners will also be affected by this revolution sweeping through the NHS, not least because of significant changes being made in the organisation and structure of NHS OH services.

The most notable of these changes will be the formal ending of the NHS Plus “project”, a brand that has become familiar to NHS OH practitioners since it was launched by the Labour administration back in 2001, but which from April 2013 will, as NHS Plus director John Harrison put it, “slowly fade away”.

The reason why is simple enough: last year, NHS Plus moved from being an entity supported and funded centrally by the Department of Health to one that has moved into the brave new world of “self-funding”.

The challenge, as Andrew Gilbey, former associate director (operations) for NHS Plus, explains, has been “to set up a structure to allow us to continue, and carry forward, all the work that has been done”.

The result has been the creation of two new organisations: the NHS Health at Work Network and Syngentis, the trading name of the new Health at Work community interest company (CIC).

The NHS Health at Work Network is, as its name suggests, the practical network of NHS OH teams – 95% of OH teams are part of it – with a threefold mission to:

As Gilbey points out, this is likely to remain the visible face of NHS OH for the majority of practitioners: “NHS Plus will disappear, and NHS nurses and doctors will be represented through the NHS Health at Work Network and board, chaired by Dr Ursula Ferriday.

“The NHS Plus website is being rebranded to NHS Health at Work, and there will be a change in that there will be more of a focus on evidence-based guidelines and audit tools and resources.”

Syngentis, by comparison, is a different type of entity. It will be carrying forward various specific strands of NHS Plus work as well as working in partnership with the network.

As a CIC, it is a not-for-profit entity and, importantly, has an “asset lock” within it to ensure it is established for its specified community purpose and that all profits are dedicated to this purpose. Its founding directors are Harrison and Gilbey, along with Keith Johnston, NHS Plus managing director, and OH consultant and Occupational Health columnist Dr Richard Preece.

So, what is it and what will it do? And, although this may not be the most important question in the scheme of things, what’s with the name?

“Part of the reason we chose Syngentis as the trading name is that there are so many organisations with the words ‘health’ and ‘work’ in their name it can get confusing,” explains Gilbey.

“Syngentis will have a big piece of work in communicating that NHS Plus has gone, but it has been replaced by a combination of the network and Syngentis.”

From April, the organisation’s work will be split into four main areas.

First, it will manage the Department for Work and Pensions’ free online and telephone-based Health for Work Adviceline service for small and medium-sized businesses in the UK.

Third, it will offer a consultancy and support service to the NHS, public-sector and other organisations, including central government and NHS Employers. This will focus on providing organisations with board-level strategic OH advice as well as helping them with the tendering and commissioning of services. A recent example can be seen in the work Syngentis, although not yet formally “live”, has undertaken with the NHS Commissioning Board around the establishment of an OH service (see case study 2).

Finally, it will work in partnership with the NHS Health at Work Network, and in particular will be helping to support it administratively.

All this, Gilbey and Harrison hope, will just be the starting point, with the company’s work gradually expanding over the next two to three years.

For example, the Health for Work Adviceline work has already been taken forward and developed into a standalone service for Constructing Better Health, the OH service for the construction industry (see case study 1).

Both Gilbey and Harrison are also optimistic that a tool such as MoHaWK might, in time, be attractive as a proposition to OH teams outside the NHS – given that it potentially has the ability to enable OH teams to benchmark their performance against others, improve clinical delivery and share best practice.

As Harrison says: “MoHaWK, I feel, has fantastic potential. It needs to reach a tipping point around the number of people actually using it, but once it has got there I am sure it will just run.

“I can see it being of immense value to many organisations, not just NHS ones, and not just within the UK either. I think it does have international and perhaps even global potential over the next three to five years.”

Similarly, especially for NHS trusts, outsourcing to a CIC such as Syngentis might be seen as somehow a more attractive half-way house than going out wholesale to the private sector.

“We have the knowledge and expertise of working with the NHS already, after all, and hopefully will be seen as less ‘threatening’ to the NHS than the private sector,” says Harrison.

Gilbey agrees: “The key market for Syngentis is, of course, the NHS – but we will also be looking to work with other organisations, especially public-sector organisations, with a focus on really helping organisations at a strategic level to identify what their OH requirements are.

“It is about making sure their OH provision is fit for purpose, helping organisations to commission and procure the right OH offerings and find the right provider for them and for their service needs.

He adds: “Syngentis is a new business, but it is finding its feet. We need to make sure it is providing the services people want, but also that it is doing this as well as it possibly can.”

On the consultancy side, Syngentis has already had a number of approaches from organisations that know they need OH services and that they are important, but want to make sure that they are getting the best value for money from their service, says Gilbey, adding: “I can see that growing going forward – I can see demand growing.”

He continues: “The key message for NHS OH practitioners is that they will continue to get excellent support, so they need to be sure they are getting the maximum benefit from being a member of the network.

“For non-NHS practitioners, as well as NHS, the message is that there is a new, not-for-profit expert OH company out there that has been set up to help them improve the quality of the OH provision within their organisation.”

Harrison adds: “What we have tried to do is to capture the network and leader-ship aspects of NHS Plus, while also working to address the quality issues of NHS OH services.

“For NHS practitioners, their interface will be mainly with the NHS Health at Work Network and it will still feel very much like NHS Plus. There will also be an interface around MoHaWK because they will be asked for impact data twice a year. Their interface with Syngentis will probably be more restricted.”

He concludes: “The focus of Syngentis will be primarily on the NHS and the public sector, but certainly not exclusively.

“More widely, it will have a remit to work to support the whole agenda around health and the management of sickness absence and rehabilitation. It will promote scholarship, education and training and produce guidance.”