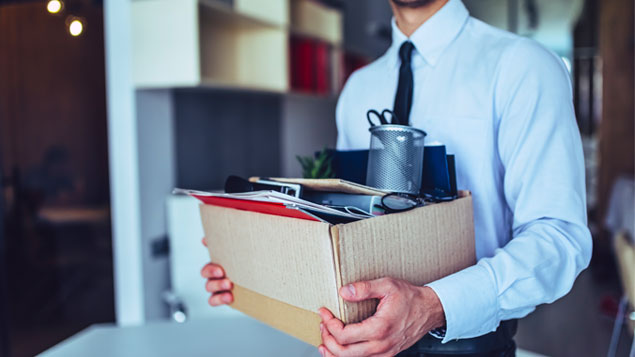 There are many traps awaiting employers that dismiss a worker with a mental health issue. Gary Freer from Bryan Cave Leighton Paisner explains how organisations can reduce the likelihood of being taken to an employment tribunal.

The widely publicised dispute between AA Insurance and its former chairman and CEO, Bob Mackenzie, raises interesting issues about the impact of mental illness on the law relating to dismissals.

Mackenzie was dismissed without notice after punching a senior colleague at a social event. It is not in dispute that the incident took place, but Mackenzie will argue in an employment tribunal that his dismissal was unfair because, among other things, he was suffering from severe stress, which had been brought on by months of overwork on the employer’s behalf. AA Insurance has issued a strongly worded statement, expressing its incredulity.

What is the difference between wrongful dismissal and unfair dismissal?

One must be cautious about making any comment about this case on the basis of a few press reports. It is far from typical of most unfair dismissal cases, because the main dispute will be about a very highly paid executive’s contractual rights to bonus, stock options and other valuable benefits.

It is, though, a vivid example of how mental health issues can make a seemingly open and shut dismissal case anything but simple, especially when the employee blames the employer for causing or contributing to the mental illness in question.

In 2004, after a long period of sickness absence and a long and difficult internal grievance process, Mrs McAdie’s employment was terminated by her employer on the grounds of ill health. She brought an unfair dismissal claim.

The Employment Appeal Tribunal (EAT) and Court of Appeal overturned this decision – the employment tribunal had asked the wrong question. It should have considered whether it was reasonable to dismiss in the circumstances as they were at the time of dismissal, including the fact that the employer’s own conduct had led to her illness. Of course, that was a relevant factor, and needed to be weighed with all the other circumstances, but it did not make the employee effectively unsackable.

What of cases, like Mackenzie’s, where the reason for dismissal is misconduct? An employee might claim that he or she lost control of their temper, or suffered a lapse in judgment, because of mental illness. This could have been, for example, a side effect of the medication they had been taking (perhaps, in the case of some violent incidents, when mixed with alcohol).

In an unfair dismissal case the employment tribunal would, if persuaded of the link, expect an employer to have thoroughly investigated the position, by obtaining medical evidence if necessary. It would expect an employer to assess the outcome of those investigations and not simply to dismiss them: they should be weighed in the balance along with any other relevant mitigating factors.

However, as in a capability case, the possible effect of an illness, and the fact that it was caused or made worse by the employer’s own conduct, will be just two factors among many – including the employee’s length of service, the degree of provocation, previous disciplinary record, seniority and the seriousness of the misconduct in question.

If there is a possibility that the employee is disabled, employers will need to be even more thorough on investigating the medical evidence.”

Mental illness as a disability

In cases where the dismissed worker’s mental illness amounts to a disability – including cases in which the condition is being treated by medication – the position becomes more complicated.

There are reported cases that have produced surprising results: a paranoid schizophrenic was dismissed for sexually assaulting female colleagues and members of the public and was convicted in a criminal court. His employer argued that even if his dismissal amounted to discrimination arising from his disability, his dismissal satisfied the statutory defence: it was a proportionate means of achieving its legitimate aim of maintaining appropriate standards of conduct in the workplace and safeguarding its employees and customers.

Although the employment tribunal agreed with the employer, the EAT was unhappy with its reasoning – it should have considered whether the employee’s illness was so severe that he should not fairly be held culpable for his conduct. It should have given greater weight to the discriminatory effect on the employee if he were dismissed, as well as to the employer’s own legitimate aims.

If there is a possibility that the employee is disabled, employers will need to be even more thorough when it comes to investigating the medical evidence, and be seen both to take it carefully into account and to conduct a very careful balancing exercise.

As always, it is the procedural aspects of the case that can catch you out. In this area of employment law there are no open and shut cases.

One Response to Mental health: legal pitfalls when dismissing workers with conditions