By Ashleigh Webber on 13 Apr 2018 in Alcohol and drug misuse, Occupational Health 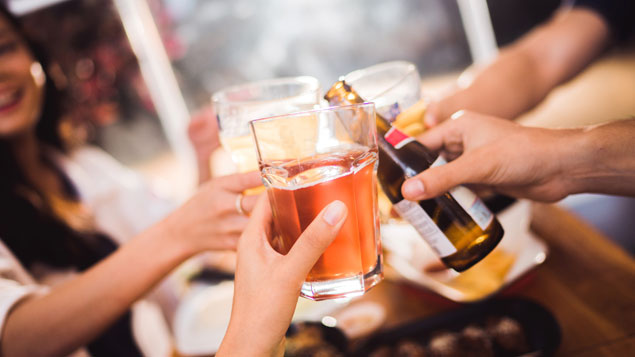 Every glass of wine or pint of beer over the daily recommended limit could shorten your life by 30 minutes, according to researchers.

A study of 600,000 drinkers, published in The Lancet medical journal, found that drinking more than five standard 175ml glasses of wine or five pints of beer a week (about 12.5 units in total) is the upper safe limit and any more can increase the risk of a stroke, fatal aneurysm, heart failure and death.

The study – authored by Dr Angela Wood from the University of Cambridge, among others – estimated that reductions in alcohol consumption could increase life expectancy by up to two years in the average 40-year-old drinker, but only in those who consumed less than 100g (12.5 units) in alcoholic beverages per week.

What should a manager do if he or she suspects that an employee has an alcohol or drugs dependency?

David Spiegelhalter, professor in the public understanding of risk at the University of Cambridge, said the risks associated with excess drinking were comparable to smoking. “The paper estimates a 40-year-old drinking four units a day above the guidelines has roughly two years’ lower life expectancy, which is around a 20th of their remaining life.

“This works out at about an hour per day. So it’s as if each unit above guidelines is taking, on average, about 15 minutes of life, about the same as a cigarette.”

The report went on to suggest that the maximum recommended weekly alcohol allowance should be reduced below 12.5 units to reduce the risk of early mortality.

Writing for The Lancet, Professor Jason Connor and Professor Wayne Hall from the University of Queensland Centre for Youth Substance Abuse Research in Australia said: “The drinking levels recommended in this study will no doubt be described as implausible and impracticable by the alcohol industry and other opponents of public health warnings on alcohol. Nonetheless, the findings ought to be widely disseminated and they should provoke informed public and professional debate.”