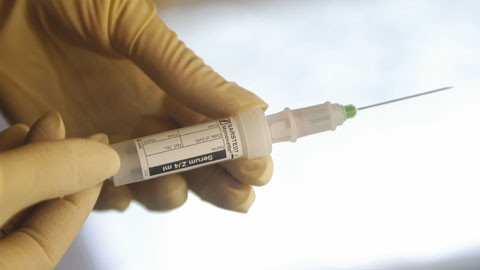 The number of needlestick injuries that left healthcare workers exposed to blood-borne viruses has more than doubled in the past decade, according to statistics from the Health Protection Agency (HPA).

It has calculated that, despite the NHS running a range of initiatives and education programmes, there were 541 reports of such needlestick injuries in 2011 – twice as many as in 2002, when 271 exposures were reported.

The agency’s fourth “Eye of the needle” report analysed occupational exposures to blood-borne viruses in healthcare workers reported by hospitals through the HPA’s enhanced surveillance system. But the agency stressed these reports are likely only to be a fraction of the needlestick injuries that have occurred.

Since the last report, which contained data until the end of 2007, a further 2,039 occupational exposures to known blood-borne virus carriers had been reported in England, Wales and Northern Ireland, it said.

Most of these occurred in the ward, theatre, intensive care unit and A&E. A major proportion, including those attributed to non-compliance with the safe handling of sharps and the disposal of clinical waste, were preventable, it added.

The last case of HIV infection in a healthcare worker, following occupational exposure, was in 1999.

Dr Fortune Ncube, the HPA’s lead on blood-borne viruses, said: “In line with the EU Directive scheduled to come into place in May 2013, the HPA recommends that all relevant healthcare services adopt safety-engineered devices in place of conventional devices. Our report also re-emphasises the need for healthcare service providers to ensure that all healthcare professionals are adequately trained on how to prevent injuries, and that appropriate OH services are in place for the prompt, effective and appropriate management of such incidents.”

In a separate development, the Institution of Occupational Safety and Health (IOSH) has called for people in all professions to be better protected when working with sharp medical instruments in its response to the Health and Safety Executive’s consultation into the EU sharps Regulations scheduled to come into force in May, which closed in November.

IOSH head of policy and public affairs Richard Jones argued that it was important the Regulations covered all workers potentially at risk, and not only healthcare workers.