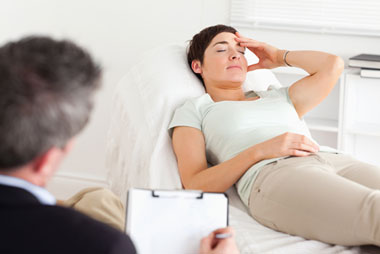 Some 80% of patients said that they felt well supported by their therapist and confident in their therapist’s ability, with nearly half saying they had recovered by the end of psychological therapy.

However, not all services routinely measured how well patients were before and after therapy, so it was not possible to draw firm conclusions about the effectiveness of all services in England and Wales.

Services were generally good at providing evidence-based psychological treatments recommended by the National Institute of Health and Clinical Excellence.

Many services, particularly the larger ones, are also effective at ensuring that patients are seen quickly once referred.

However, speed of access to treatment varied, with one in seven waiting more than three months for their first appointment.