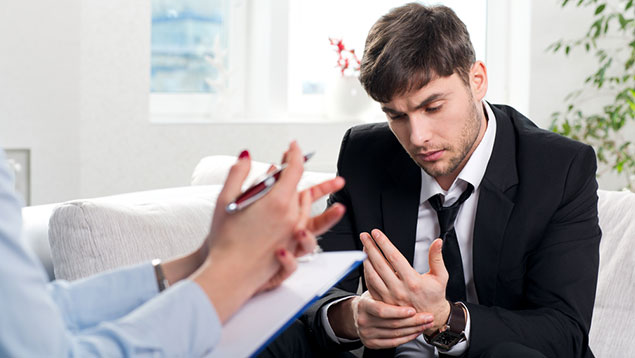 Mental ill-health is like a crack in a car windscreen: do nothing and it will just get worse until eventually everything shatters. Employers therefore need to be proactive about intervention. Adopting a triage approach can be one answer, argues Charlotte Duggan.

Despite improvements when it comes to ending “the culture of silence” around mental health in the workplace, most employers continue to have huge mental-health related absence bills.

This due to two reasons. Firstly, the tendency of employers to “wait and see” what happens to someone affected by a mental health issue before offering any support. This is mostly because, if someone is off sick with a bad leg or flu they typically recover, so it makes sense to see how a physical illness pans out before deciding whether any further intervention is needed or not.

That so many organisations wait so long to address mental health issues is most concerning. Not least because most mental health problems can easily be prevented or managed before the employee even goes off sick; just so long as employees are given the right support at the earliest opportunity possible.

Why early intervention is needed

Secondly, mental health issues continue to persist because, even when everyone surrounding the employee recognises that they’re becoming overwhelmed (or the employee themselves has expressed concerns about their emotional wellbeing), most managers don’t know where to direct them. So a “do nothing” approach tends to be adopted – until the problem typically becomes so bad, or goes on for so long, that it gets to a point where it can no longer be ignored.

Unfortunately, the same cannot be said of a mental illness, which typically becomes more entrenched and harder to treat the longer someone is left unsupported. For example, an acute stress issue can all too easily evolve into feelings of low mood, then bouts of depression, giving way to one-off absences, then feelings of hopelessness and helplessness, gradually causing the employee to become long-term sick.

Unfortunately, as evidenced by the 91 million absence days generated due to mental health issues each year, most people are woefully under-educated in resilience tools and techniques, and require some kind of support or intervention to get better. The simple fact is that mental health issues are like windscreen chips: sometimes you can drive around for a while before a crack appears but, for the most part, they need a quick repair if they’re not to splinter into something worse.

Even though we know this about mental health issues, most employers have few processes in place to identify or repair mental health chips in their employees. They wait until the cracks have fully appeared, and it’s obvious the employee can’t recover of their own accord, before deciding to intervene. By which point rehabilitating them presents a much bigger challenge than it would have done when they first started to sink several months earlier.

Instead of waiting for individuals to become long-term sick before deciding whether or not to help rehabilitate them, a far better option is to use triage. Triage, of course, is used in many healthcare and medical settings as a way to direct resources appropriately and effectively, to where they can have the biggest impact.

In the context of mental health, what is critical to success is having a process in place for the employee to be directed towards a mental health professional who can talk to them in confidence, with their consent. This means the underlying problem can be more concretely identified and the individual sign-posted towards appropriate support at the earliest opportunity. Ideally this should be part of a day-one absence management programme, or happen even earlier if managers have been trained to identify people struggling to cope before they start to call in sick.

For many organisations, a good Employee Assistance Programme (EAP) can fulfill this role, giving employees immediate support as soon as they start to feel distressed and flagging up the need for additional support or counselling if the issue is serious. However, getting the employee connected with this support at the earliest opportunity remains an issue, which is why it is so important that managers feel comfortable in proactively encouraging and even referring individuals to ensure they use the support services in place.

Deciding who to treat

In the event that something like a bereavement or relationship breakdown has already started to become a more entrenched mental health problem, the triage process should identify the individual as needing treatment of some kind. It may be that the employee would benefit from some brief therapy, such as a telephone or face-to-face conversation with a counsellor to help them understand the grieving process.

This is particularly important if their loss is starting to have more serious repercussions. For example, perhaps a parent disowned them earlier in life, leading to a feeling that everyone abandons them and deep feelings of rejection? Using triage quickly and effectively can be essential in preventing the initial problem from spiralling into something much darker, allowing an individual to be quickly signposted towards someone who can help them stay in the present and resolve their feelings, before this opens up much more complex feelings that are much more difficult to resolve.

If an acute mental health problem has already triggered a much deeper issue, or the employee is found to be already suffering from a more serious condition, such as OCD or bipolar disorder, or if they’re perhaps sitting somewhere on the autism spectrum, it may be that no easily administered therapy can help or that the cost of providing this is disproportional to the expected outcome.

In such cases, the triage process could make use of an individual psychological assessment, with the employee’s consent, to provide detailed information on the prognosis for recovery and likely cost of treatment, so that the employer can decide whether or not to invest in this. This process should also provide detailed information on the context in which the employee might be able to continue to work with or without treatment, and how best to support them to stay healthy and productive, perhaps in a different role.

We wanted more people to get the help they needed sooner. So we asked Validium to set up a specialist rehabilitation programme, staffed by their professionally qualified psychologists and psychotherapists, that managers could proactively direct employees towards if they thought they might be struggling with a mental health issue.

The overall aim was to stop an initial condition, such as stress, anxiety or trauma, from turning into something more chronic, such as depression or post-traumatic stress disorder (PTSD).

It is hugely costly to leave people absent or struggling to perform, not just because of the increase in sickness absence and management time in dealing with it. But there are also implications for staffing stations and trains, as well as the knock-on effect on customer service and our overall performance. Also, it is simply a human failure if we can’t help valued employees to get better and not be chronically ill.

If the employee wanted to engage with the support, the first step was for Validium to carry out a psychological health assessment to clearly determine what issues were limiting their ability to attend or perform at work, recommended treatment and a prognosis for recovery.

Of the 37 employees referred, 28 proceeded to assessment and 20 received treatment. For those employees who were absent, the clinical opinion was that the absence would continue for at least six months without any intervention. Instead, the rehabilitation process provided by Validium brought about an 81% symptom recovery, resulting in 100% return to work. This generated a direct cost saving of £160,000, not to mention the indirect benefits associated with saved management time and staff replacement costs.

By giving managers the skills and tools to approach people struggling to cope, they have become much more confident in managing mental health. Managers now feel able to ask people who appear to be struggling how they are. They know they can say: “I’m sorry you’re feeling like that, we’ve got a support service that can help you to understand what’s going on and maybe help you feel better.”

Overall, the psychological assessments have become a valuable tool, enabling us quickly to triage absent employees and make business-based decisions about how best to direct rehabilitation funds. Most employees come back on a phased return and, although Validium works within the clinical bounds of its profession, we get useful data on how best to support individuals.

This, together with the expert treatment provided, has enabled us successfully to rehabilitate many valued employees, with significant savings around direct absence costs, even after taking into account the costs of the programme and treatment.

There are those employers who might take the view that, if an issue affecting an employee outside of work tips them into some kind of crisis then it’s not their job to put it right. They might perceive the employee to be “broken” in some way and opt to replace them with someone else if they become too sick to return to work. Unfortunately this approach doesn’t solve anything because we’re all flawed in some way. Being human means that things happen to us; things that, for the most part, we can cope with but which, every now and again, cause cracks to rise to the surface.

Employers that try to replace employees when these cracks appear make a costly mistake. They assume the same thing won’t happen again. But if they keep getting new employees every time someone falls over, the chances are the same thing will happen again and again, because they’ll have just hired another human being with different issues. This approach is currently so widespread that it costs UK employers £2.4 billion a year to replace staff lost because of mental health issues.

Another downside to waiting until the employee is clearly unable to recover by themselves before attempting to help is that, at a time when there is so much strain on the NHS, employees who want help to recover typically have to wait over two months to access mental health support services. Unfortunately, even when this is finally provided, services are being watered down to include inconsistent group therapy, instead of the high quality 1:1 support. It is therefore unsurprising that individuals left struggling to resolve mental health issues cost the economy £26 billion a year.

Given how important early intervention is for a speedy recovery, now, more than ever, triage represents both a smart and cost-effective way to nip mental health problems in the bud. It is a way to manage mental health that more than pays for itself by significantly reducing mental health-related absence bills.

Barbara Davenport is head of wellbeing at GWR 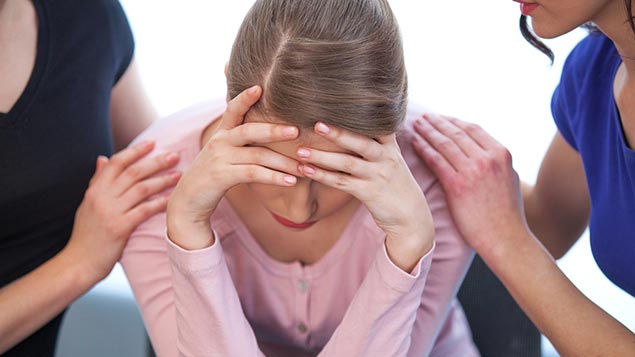