Breaking down the barriers between occupational health and GPs 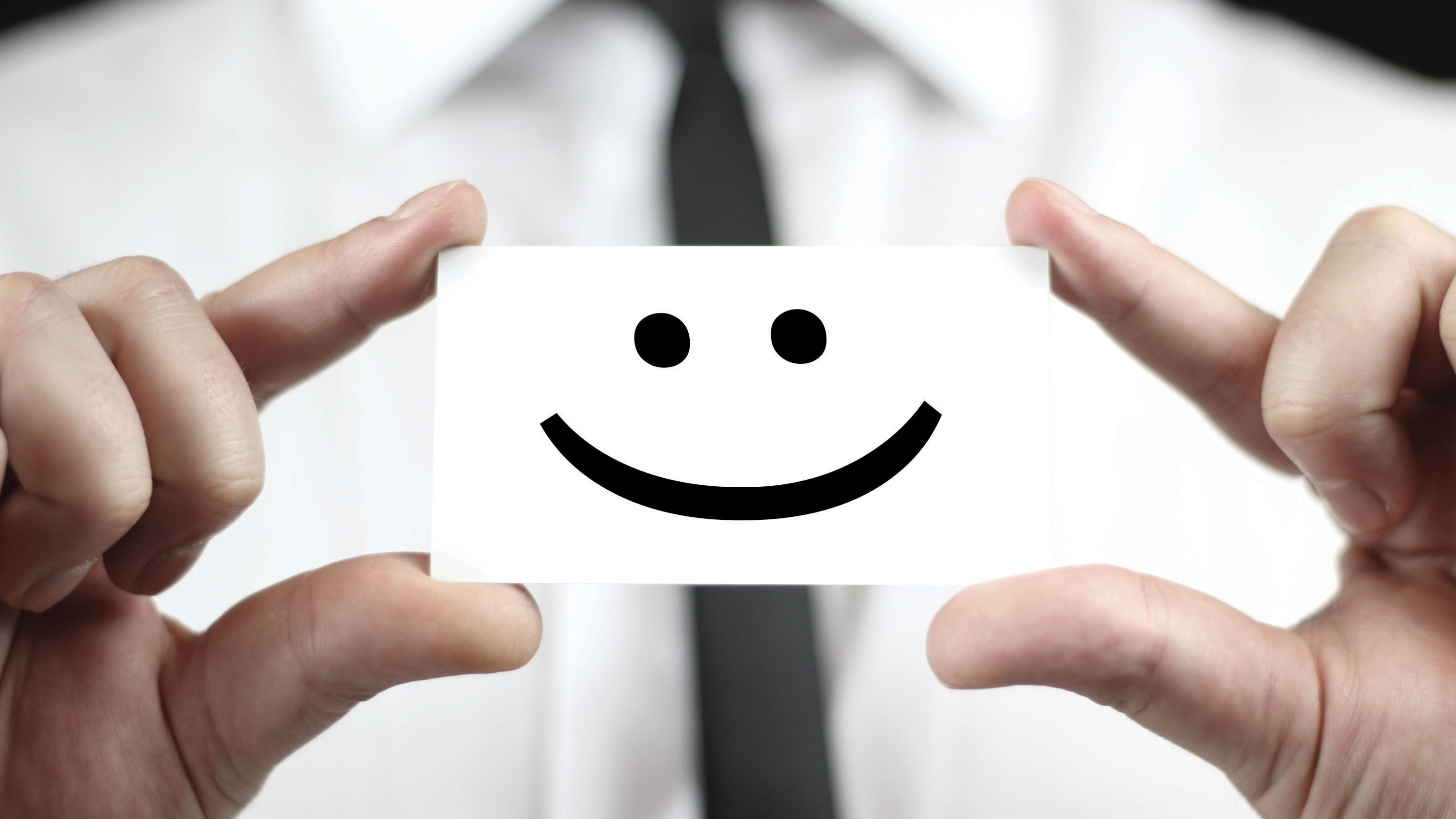 Bangor University aimed to construct a foundation of trust between GPs and OH to encourage employees’ return to work. Joe Patton reports.

Few OH services in the UK regularly engage with GPs, if anecdotal evidence can be relied upon. Several OH practitioners have been discouraged by an apparent lack of interest by GPs to meet with them, despite the fact that work can promote good health as well as contribute to ill health. For that reason, Morrison (2011) makes the case for closer working relationships between the OH service and local GPs.

Barriers preventing GPs’ engagement with OH include claims that they “do not have the time or inclination” to participate in workplace networking opportunities, citing concerns about confidentiality and a general lack of appreciation of the relevance of OH services to their working practice (Elms et al, 2005). For this reason alone, it is important for any OH service to engage with and raise GP awareness of OH’s contribution to health. This article describes how six years of effort at one employer has resulted in those barriers being bridged.

A strategy for Bangor

Efforts to engage with GPs in North-West Wales began when the OH nurse practitioner began work at Bangor University in 2007 and wrote a letter of introduction to every GP in Gwynedd and Ynys Môn.

This letter was followed in 2008 and 2009 by the OH nurse requesting and attending meetings at GP practices where the outcomes of the “Pathways to Health” programme were shared.

Between October 2010 and April 2011, the OH nurse sent GPs newsletters at six-month intervals to provide feedback about the impact of “Fitness to work” medical statements at Bangor University (Patton, 2011).

This initiative supported national guidelines that required OH professionals to evaluate the statement of “Fitness to work” within their own organisations (Department for Work and Pensions, 2010).

Because the majority of GP patients are not Bangor University employees, GPs were invited to meet the OH nurse that represented the public-service occupations of most patients.

In 2012, OH nurses from Bangor University, Gwynedd and Ynys Môn Councils and the NHS explained to local GPs how their patients are supported at work (Jones et al, 2012).

This meeting was held in May 2013 and GPs were particularly interested to know what the core functions of OH were, along with what arrangements were in place to support health at work (Lewis and Thornbory, 2006), and how medical confidentiality is secured. The OH practitioner leading the initiative responded by presenting the model used at Bangor University.

OH at Bangor University is accredited by the Safe Effective Quality Occupational Health Service (SEQOHS) standard. The OH nurse described to GPs what SEQOHS is and how its standards safeguard clinical confidentiality and professional practice. Local GPs had not heard of SEQOHS and were reassured that a trustworthy system to safeguard confidentiality was in place.

The OH nurse then gave examples of how key objectives of the Bangor University OH service were being delivered.

Prior to 2010, those wishing to work for the university were asked to disclose how many days’ sickness they had suffered in the previous two years on their application form. They also completed a pre-employment health questionnaire that formed part of a fitness to work assessment. This approach meant job applicants perceived that they risked rejection because of their absence history or health problems, and the OH practitioner frequently came across applicants who had failed to disclose health or attendance problems in case it disadvantaged their application for employment.

The Equality Act 2010 makes it unlawful for applicants to be asked questions about their health or disability before they are offered a job. For that reason, Bangor’s recruitment and health screening processes have been amended. Questions about sickness absence have been replaced by a request for those with a disability to contact OH if they want support to meet their healthcare needs. Many now do so and benefit from this emphasis change (Patton, 2010).

Keeping people happy and in work

GPs were aware that the OH speciality is concerned with the effect on health of a person’s capability to work and the effect of work on a person’s health. The OH practitioner explained how this service helps people who suffer from chronic health conditions such as arthritis, asthma, diabetes, epilepsy and heart disease to work.

To illustrate how the effect of work on health is monitored, GPs were given a demonstration of the “Purdue Pegboard” test – a neuropsychological test of manual dexterity and bimanual coordination. They then each used the hand dynometer. An explanation was given about the use of these instruments as part of tier 3 OH surveillance for hand-arm vibration syndrome (Health and Safety Executive (HSE), 2013).

The medical director of the local NHS health board then showed slides of skin conditions, respiratory function and audiometric test results that GPs could come across in their practice. They were asked to identify patterns of occupational exposure and were reminded to ensure that these are appropriately reported.

GPs were made aware that OH at Bangor University is cited as an example of how employers can create a healthier, safer workplace by the HSE.

Further pathways to health include “back clubs”, which improve core stability and reduce a recurrence of signs, symptoms and time off work for medical treatment due to low back pain. GPs were interested to hear that the OH nurse organises and participates in those events.

Health is also supported by OH training workers in basic life support techniques, including the use of automated external defibrillators. Over the past three years, three people have been successfully resuscitated and they remain alive and well today.

Legislation to protect the health and safety of expectant/new mothers requires an assessment of health risks (HSE, 1999).

GPs learned about information on chemical, biological or radiological hazards that is shared with women of child-bearing age (Patton, 2013), the resulting risk-management process and the extent to which a return to work is supported. OH arranges facilities for breastfeeding and loans mini-fridges so that expressed milk can be safely stored at work.

Sickness certification constitutes the daily clinical practice of GPs, and the reason why a fitness for work statement does not contain a “refer to occupational health” tick box is that it was feared this may be an easy default for GPs (Woods, 2010). Nevertheless, they were appreciative of the newsletters sent by the OH nurse that described the effect of their advice.

GPs were also interested to hear details from the OH practitioner’s focus group members, who described how the statement of fitness for work has helped them stay in work or return earlier from long-term illnesses. The findings of the focus group correspond with a separate evaluation of the statement of fitness for work carried out by the Office for National Statistics on behalf of the Department for Work and Pensions (2013).

Members of the focus group gave permission for their experience to be documented on a “Pathways to Health from Sick Leave” website. This is now signposted to people with similar health issues and raises awareness of how their health in relation to work can be supported through the statement of fitness for work (Patton, 2013).

It has taken six years of effort to effectively bridge the gap between the OH service and local GPs. The outcome of writing to GPs, sending regular newsletters, attending their practice meetings, introducing them to the work of other OH providers and attendance at a recent medical society meeting have helped to construct a foundation of trust upon which a working relationship has been built, for example:

Contact between the OH nurse and local GPs continues. In September 2013, the OH practitioner hosted a workshop at Bangor University where Dr Debbie Cohen and Dr Sayeed Khan delivered a “Health and Work in General Practice” session on behalf of the Royal College of General Practitioners, which gave practical advice to help GPs assess fitness for work and make more effective use of the fit note.

Compared with the situation that existed in 2007, local GPs are more knowledgeable about OH and now give more informed advice to help their patients return to work.

Department for Work and Pensions (2010). A guide for occupational health professionals.

Department for Work and Pensions (2013). An evaluation of the statement of fitness for work accessed.

Health and Safety Executive (2012). The health and safety of Great Britain.