When is it worth making tribunal cost claims? 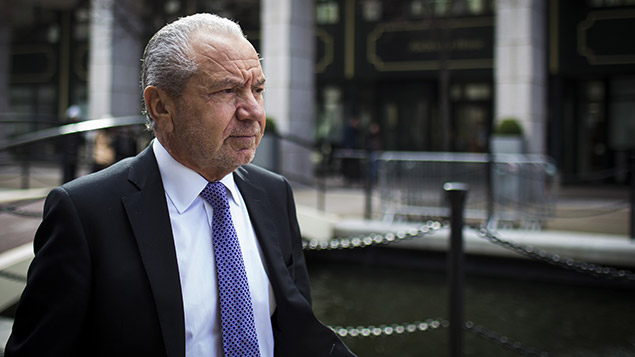 Lord Sugar lost his bid to recover costs from Apprentice winner Stella English after she lost a claim against him. Photo: REX

Burges Salmon’s Sarah Embleton and Natalie Jeffries discuss the recent changes to employment tribunal rules that give employment judges more flexibility when it comes to awarding costs to employers.

Unlike the civil courts, the employment tribunal has traditionally been a forum where each party bears their own legal costs regardless of the success or otherwise of the claim. In 2012, out of the 186,300 claims registered in the employment tribunal, only 496 successful costs awards were made. However, new tribunal rules introduced in July 2013 provide employment judges with more flexibility to award costs, including in cases where the costs award exceeds £20,000.

With this in mind, should employers be seeking costs more frequently? Is the potential reward worth the battle?

Given that employment tribunals do not generally make awards for costs, it will come as no surprise to learn that the circumstances in which an employer might make an application for costs are limited. A two-stage approach is followed: the tribunal will need to be satisfied that the claimant’s behaviour fell into one of the categories set out in the new rules (it is not uncommon for an employer to argue that two, or even three, of the categories apply); and if so, whether or not it should exercise its discretion to make an award.

Top tips for considering when to make a costs application

In relation to the first stage, the employer will need to show that by bringing the proceedings, or through their conduct of the proceedings, the claimant or their representative has acted in one or more of the following ways:

It is worth noting that the new tribunal rules have introduced a “sift stage”, whereby an employment judge will consider, on receipt of the claim and response, whether or not either should be struck out because they have no reasonable prospect of success. Even if a claim proceeds past the “sift stage”, it may still be struck out at a preliminary hearing for having no reasonable prospect of success. Arguably, therefore, the number of costs applications where this ground will be argued successfully is limited.

If a tribunal is persuaded that the first stage is met, it will then consider whether or not it ought to exercise its discretion to make a costs award. To do this, it will consider a range of factors – including whether or not the claimant had legal representation, whether or not a costs award would deter future litigants, and the nature and effect of the conduct – before making its decision.

An important factor that the tribunal will take into account as part of its decision-making process is whether or not a costs warning was given to the claimant in advance of the costs application.

A warning can be given at any point and usually takes the form of a letter. It is used to warn the other party that they may make an application for costs against them. These warnings can be key to the success of any subsequent application for costs, and it is not unusual for more than one warning to be issued during the course of the proceedings.

The warning should set out the grounds on which a costs application may be made – for example, that the claimant’s claim is vexatious or abusive and, where relevant, the claimant should be allowed the opportunity to rectify the position. This may mean compliance with tribunal orders or withdrawal of the claim depending on the circumstances. While the warning should also make it clear that the claimant will be liable for the employer’s costs – or part of them – should a costs award be made, it is important, particularly where the claimant is unrepresented, to ensure that the costs warning is objective and non-threatening.

Although there is no requirement for a party to issue a costs warning, a failure to do so may affect an employment judge’s decision to award costs and so offers the following advantages:

A costs application can be made at any stage in the proceedings. However, the claimant’s behaviour or the nature of their claim may only give rise to the potential to make an application some way down the line. The issue of costs and whether or not a warning or application might be appropriate should, therefore, be kept under review as the claim proceeds.

Often, it will be only after judgment has been given by the tribunal that a party may decide to pursue an application for costs – even where they have made an earlier costs warning. In those circumstances, it is important to remember that the deadline for making a costs application is 28 days from the date the judgment is sent to the parties.

Is the battle worth fighting?

Even if your costs application looks likely to succeed, it is important to consider whether or not the additional time and expense of making the application are ultimately going to be worth it.

Decide whether to fight or settle an employment tribunal claim

In what circumstances can an employment tribunal order one of the parties to pay the legal costs of the other party?

In a stand against the “claims culture”, Lord Alan Sugar pursued one of the winners from television show The Apprentice for costs after the employment judge held that her claim for constructive unfair dismissal should never have been brought. Although the application did not succeed, was there benefit to Lord Sugar in making the application?

So, what of the future? Is it more likely that unsuccessful claimants will be reaching for their cheque books?

In recent years, employment judges have been more willing to consider costs and the new employment tribunal rules provide the mechanism for a further change in culture. While the new “sift stage” may weed out many of the less meritorious claims at the outset, the canny employer, embroiled in tribunal proceedings, is advised to keep the question of costs under review and should not shy away from issuing a costs warning or making the follow-up application should the right circumstances arise.

More on tribunal procedures and penalties is available from XpertHR.

About Sarah Embleton and Natalie Jeffries