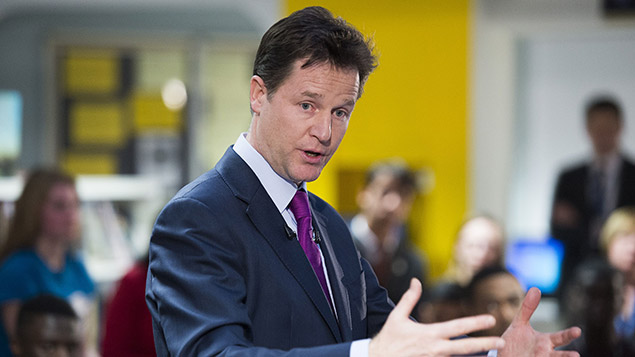 Deputy Prime Minister Nick Clegg has announced today that the Government is to introduce a UCAS-style website where young people can search for vocational courses, apprenticeships and traineeships.

The idea is to introduce a “one-stop online shop” for those who choose not to go to university, so that they can find careers advice and information on alternative routes into a career.

Implementing apprenticeships: why every business should have one

By basing it on the university admissions website UCAS, it is also a bid to enhance the perception of vocational education and put it more on par with academic choices for school leavers.

In a speech to students at Southfields Academy in South London, Clegg said: “At the moment, if you want to go to university, all the information you could ever need about how to do that is available to you via the UCAS website. You can research different universities and courses, check what A-level subjects and grades you need to get in and, of course, submit and check your application. That doesn’t happen if you want to do some other kind of training.

“So at 16, when a lot of you are having to choose whether you go to college, do an apprenticeship or train for a particular trade or occupation, we think it’s only right that you get the same guidance and support as those going to university.”

While the number of apprenticeships available has been rising steadily – increasing by 24% between August and October 2013 compared with the year before – there has been criticism that careers advice on apprenticeships or other vocational options has been patchy and that students do not always know where to look for more information.

In this new development, local authorities will be responsible for providing the website for their area.

The CBI welcomed the announcement, with director for skills and employment policy Neil Carberry adding: “The CBI has long called for a UCAS-style system for vocational qualifications. This is a major step forward in making vocational routes more visible and will help put it on a level footing with more traditional academic routes.”

The launch of a vocational careers site is one of a number of initiatives announced today by the Government. Clegg also revealed plans for improved careers guidance for pupils, including a pilot scheme for 16- to 17-year-olds to seek help from local Jobcentre Plus services. Currently, these services are only open to those over the age of 18.

In addition, he encouraged a representative for local employers to sit on every school governing body. Today’s announcements mark the latest in a long line of initiatives aimed at tackling youth unemployment.

According to this month’s figures from the Office for National Statistics, unemployment among people between the ages of 16 and 24 fell to its lowest level since spring 2011, at just over 900,000.