By Ashleigh Webber on 11 May 2020 in Coronavirus, Health and safety, Latest News 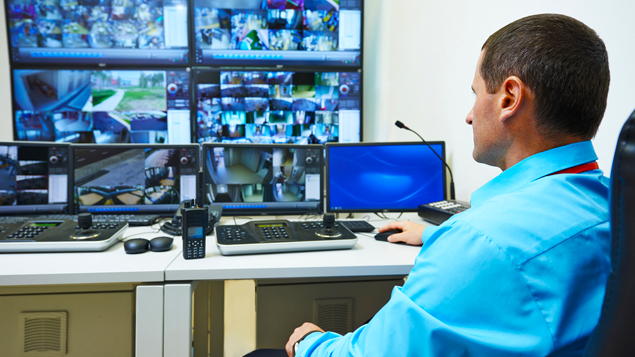 Men who work in lower skilled occupations, including security guards, bus and taxi drivers, face a greater risk of dying from Covid-19 complications than the wider working population.

This is according to new data from the Office for National Statistics, which revealed 2,494 working people died after catching the coronavirus as of 20 April.

Male workers appeared to be at greater risk of dying from the virus as they accounted for two-thirds of cases where occupation had been recorded on their death certificate. Some 1,612 male workers had died, compared with 882 female staff.

Men in low skilled “elementary” roles were among those most likely to die after contracting Covid-19 – 225 men in this occupation group had died. Men working as security guards had one of the highest death rates: 45.7 deaths per 100,000 (63 deaths).

However, when the total number of male deaths within occupational groups is looked at, the highest number of deaths occurred in process, plant and machine operator roles (242 deaths).

“This group includes occupations whose main tasks are to operate and monitor industrial equipment; assemble products; and drive and assist in the operation of transport vehicles and other machines,” the ONS says.

Comparatively, there were 72 male Covid-19 deaths in caring, leisure and other services roles; 54 in sales and customer services; and 66 in administrative positions.

Dr Layla McCay, director at the NHS Confederation, said there was a “tragedy unfolding in care homes”.

“Radical reform is needed in order to keep care homes from being treated as second-class citizens. That means doing our utmost locally and nationally to support this vital provider of care, with the proper PPE, training and support in infection control, as well as adequate funding,” she said.

The data showed that healthcare workers including doctors and nurses did not have a significantly high Covid-19 death rate. However, the ONS analysis said: “Some healthcare workers may have reduced exposure to Covid-19 during lockdown, for instance, because of people not having dental or optician appointments. It is also possible that some deaths among healthcare workers will be investigated by coroners, delaying the registration of these deaths.”

John Phillips, acting GMB general secretary, said: “These figures are horrifying, and they were drawn up before the chaos of last night’s announcement.

“If you are low paid and working through the Covid-19 crisis you are more likely to die – that’s how stark these figures are. Ministers must pause any return to work until proper guidelines, advice and enforcement are in place to keep people safe.”

Independent Workers Union of Great Britain general secretary Jason Moyer-Lee said: “The fact that security guards and private hire drivers have one of the highest death rates from Covid-19 is unfortunately not very surprising. The workers on the front lines, who cannot work from home, and often work for some of the worst employers in the UK are at extreme risk.

“Their health and safety needs to be treated with far more care.That is why the IWGB is taking legal action against the government over its failure to provide proper income protection and sick pay to millions of precarious workers.”

Guidance planned to set out safe return to work

The government is set to publish guidance on how workplaces could safely re-open at some point after the coronavirus lockdown...