CPD: On the right tracks – how a New Zealand railway company has taken toxicity out of its workplace 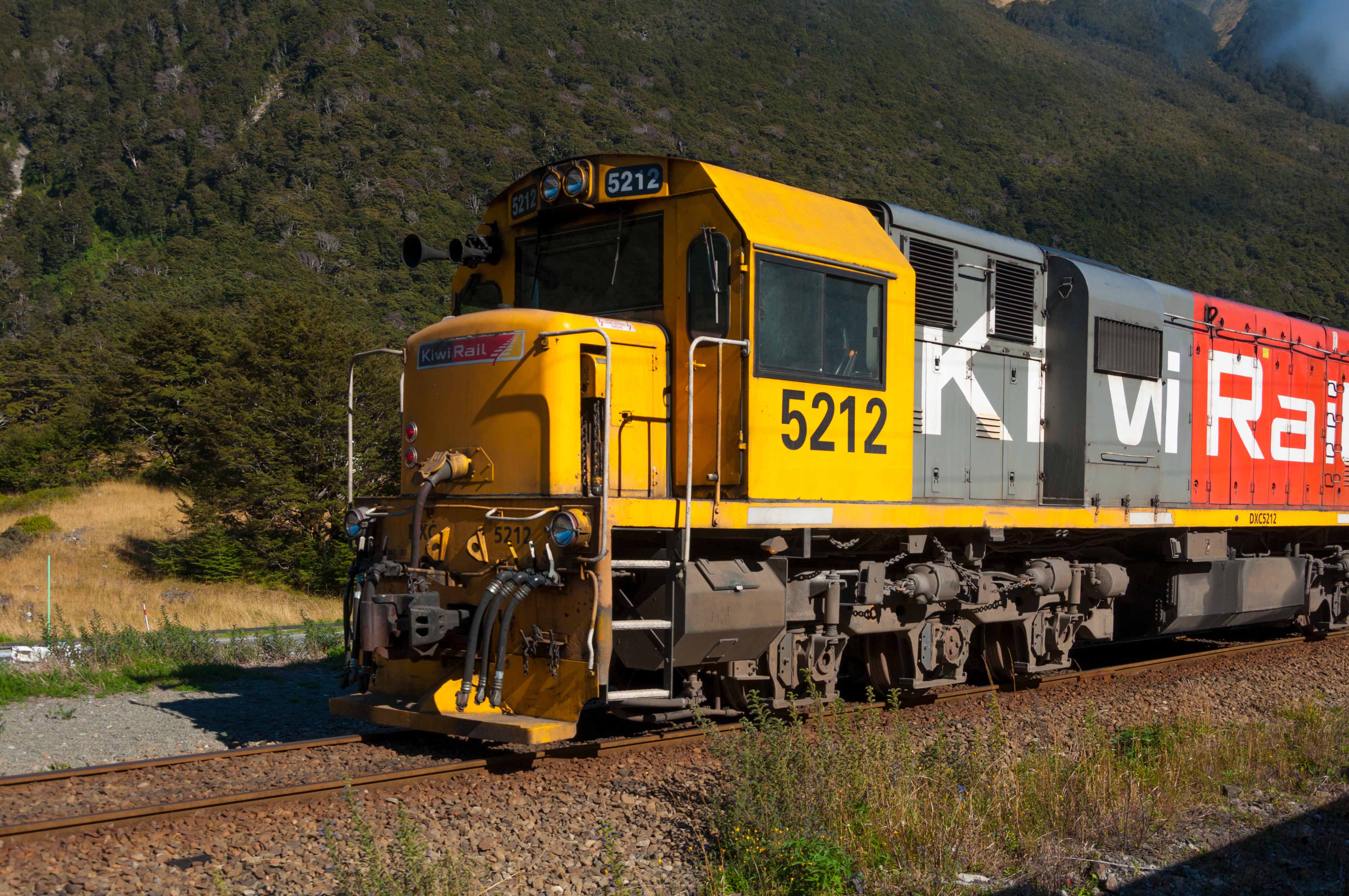 KiwiRail has worked to improve health by focusing on healthier workplace relationships and ways of working. Shutterstock

The links between engagement, performance and health and wellbeing are increasingly well-recognised. Maryan Street outlines the key lessons that New Zealand railway company KiwiRail learnt from very deliberately focusing on improving engagement and dialogue between unions, employees and managers to create healthier workplace relationships and, in turn, a healthier workplace itself.

There is nothing quite like toxic relationships in the workplace for cultivating ill health, stress and a decline in productivity. There is not even a need to enumerate the citations of articles and publications in this area, and they are myriad, because the causal relationship is so overwhelmingly obvious even to an intermittent observer.

Employment relations, when they are robust, respectful and based upon shared values, drive loyalty, high performance and satisfying results. When they are the opposite, they create stressful, unhealthy and unsafe workplaces for workers and managers alike.

The KiwiRail journey along what we call “High Performance, High Engagement” (HPHE) began in 2015 with a strategic decision made at senior management level to engage with our union partners over the resolution of business challenges.

The challenges facing the business at that time necessitated a different way of doing things, and HPHE had recently proved successful in Air New Zealand and the unions it works with. As a result, information, experience and lessons were exchanged between the two businesses and the respective unions about this effective way to engage staff and get the best and most durable solutions to the critical challenges ahead.

Lesson number one: it starts with committed leadership.

In 2014, KiwiRail had a new chief executive (Peter Reidy, who moved on from the business in 2018), who was drawing people around himself who he saw as strategic leaders for the business.

Having had a great deal of experience in the private sector, Peter Reidy found that leading a state-owned enterprise involved a culture shift, as he had to factor in working with political masters as well as the more familiar board chair and directors’ structure.

In the course of making that shift, he became persuaded that taking the long-established industry unions with him was a critical piece of the strategy.

KiwiRail has a union density averaging between 76-78%. That is high in New Zealand’s depleted union landscape.

While some core public services, such as health and education have even higher union densities, KiwiRail therefore remains a signal level of union density in the state/private hybrid that is a state-owned enterprise.

The majority of its 3,400 employees belong to the Rail and Maritime Transport Union (RMTU) and work in the train and land-based sector, with the balance working for Interislander, which is the ferry service that runs between the North and South Islands of New Zealand.

There are three maritime unions which support that enterprise: The Maritime Union of New Zealand (MUNZ), The Aviation and Marine Engineers’ Association (AMEA), and the New Zealand Merchant Service Guild (NZMSG).

It is a truism to say that in recent decades the only constant in the rail sector in New Zealand has been the RMTU, in its various iterations. KiwiRail has been a government department, a corporatised Crown entity, a private enterprise and a state-owned enterprise once more. The business model has shifted with changes of governments and changes in political philosophy. It has been chronically underfunded over the span of several decades and has shape-shifted to accommodate fluctuating government appropriations.

When a company has the union density that KiwiRail has, it is both commercially and operationally savvy to engage the union or unions that are in place and to find out what interests they and the company have in common, instead of focusing on and exacerbating the points of difference.

It is also sensible to support and give voice to fundamental human rights, such as the right to freedom of association. At the time of the tentative introduction of High Performance, High Engagement (HPHE), the culture of the organisation could fairly be characterised as suspicious, combative, secretive and even toxic in some places.

Rumours were rife about plant closures, as KiwiRail struggled to operate fully. Managers, however, were not permitted to share what the strategic direction was to be for the company. Reports were commissioned in secret and not revealed.

The RMTU even resorted to using the Official Information Act to glean any information it could, as if its members were protesting outsiders not people who had a vested interest in the decisions that were being made about the future of work, of workplaces and of the rail industry itself.

Suffice to say, it was not an environment which encouraged contributions from the workforce. It was nothing like healthy.

The first meeting between the new chief executive and the RMTU did not go well. He took umbrage at the expression of the pent-up frustrations of the union and walked out. However, after a short period of reflection, he went back in and started again.

That second conversation paved the way for an entirely new approach – one characterised by cooperation, rather than combat. A new understanding developed of the respective roles of the union and of senior management and the board.

The question was how to move from the unhealthy relationships and environment that existed previously to something better. This took time and effort. Having made the strategic choice to implement HPHE as a method of improving both productivity and employment relations in the company, KiwiRail decided to move away from positional bargaining, the previous method of negotiating collective agreements, and move into a more cooperative framework with the RMTU.

This required building up trust by demonstrating that the company was serious about resolving the 27 issues that had remained unresolved at the conclusion of the previous collective agreement negotiations. This trust was earned in the following 18 months by joining in working groups with the union to settle the issues that had been causing unrest.

These ranged from the supply of prescription safety glasses to a complete review of Section 3 of the Rail Operating Manual, involving rosters and fatigue management. By the time of the expiry of the 2014-2016 collective agreement, 25 of the 27 issues had been resolved, with the remaining two in progress.

The 2016 negotiations, as a result, took the parties one day to conclude. We arrived at an agreed pay increase in exchange for the union’s engagement with us over HPHE projects. Items that should have been resolved by a “business as usual” approach to engagement with staff were taken off the table and referred to joint HPHE working groups and projects.

This strengthened the role of the existing joint industrial committees and gave both the union and managers “permission” and confidence to resolve issues at the workplace rather than having them simmer unconstructively for the remainder of the term of the collective agreement.

The 2018 negotiations built on this process and took us four-and-a-half hours to conclude. We estimate this led to a saving of upwards of $350,000 compared with the cost of the negotiations in 2014.

KiwiRail engaged some external consultants who had been previously brought to Aotearoa/New Zealand by the New Zealand Council of Trade Unions and the Public Service Association to try to persuade business and unions that there were alternative, and more productive, ways of getting on with the workforce and delivering desirable outcomes.

The consultants began to talk, separately, with the company and the union to determine the nature of the relationship between them, the willingness to do things differently and the aspirations of both parties. Neither party was entirely sure what they were going to discover through better engagement, but in parts of the company it was a risk worth taking because things could not have been much worse.

The union agreed to try a pilot HPHE project in the most difficult work environment, partly as a challenge to the company’s seriousness about HPHE and partly because the workers needed to see some improvement in their workplace.

That pilot began under the tutelage of one of the consultants, who trained an initial group of managers and union delegates jointly in the rudiments of HPHE. It was essential to have a facilitator who was owned neither by the union nor the company.

His first job was to establish some ground rules for working together. When the first ground rule offered by the group was “No hitting”, it was clear that, even if this was said slightly tongue in cheek, the relationships between management and workers were at a very low ebb!
Both managers and delegates learned listening skills, communication skills, interest-based problem-solving skills and then methods for improving work processes through analysis and brainstorming alternatives.

Training seminars were run on HPHE and what it entailed. Resources were jointly branded and presented across the company. Gradually, people began to see a new way or working and a new way of managing, which was supported by both the union and the senior managers of the company. It was not complicated, but it was revolutionary for workers and managers alike.

Currently, almost all workers and managers in this plant have had HPHE training. The union branch chairperson has been released half time to coordinate HPHE activity across the range of work groups and everybody has been brought along in the process.

Lesson number three: invest in joint training so everyone is learning the same skills at the same time.

HPHE has provided healthier workplace relationships, a healthier workplace itself and useful productivity improvements. HPHE became the preferred method of tackling issues and conflicts that arose in the workplace. Frontline workers were brought together to consider a problem facing management. The issues were discussed and the essential question for resolution may have changed into something completely different after honest conversation about where the “problem” really lay. Then all history and experience was brought to bear on the issue and solutions found.

Workers could see their favourite ideas being turned into business realities; managers no longer had to find solutions on their own or meet deadlines without help, thus relieving their stress levels.

They even built business cases for new equipment and workplace layout that were accepted by the senior management and the board, and saw a palpable improvement in productivity with much waste eliminated from processes.

A workplace that people had previously dreaded entering became the poster-child for constructive and healthy workplace relationships. Both the company and the union benefited. The company saw wasteful and unproductive practices eliminated and happier customers. The union gained access to strategic decision-making in the company and saw its delegates grow and develop with exposure to leadership opportunities and additional training.

Lesson number four: HPHE is resource- and labour-intensive and requires constant vigilance – it is not an easy option. But it is worth it.

There is always more to do but at least we have all available heads being applied to a problem now, not just a few.

KiwiRail and the RMTU are together now looking at how to embed the HPHE method and skills into the business so that it simply becomes the way we do things.