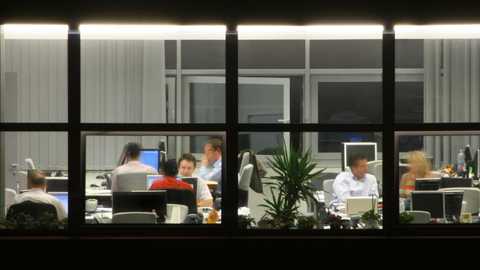 How the body clock works remains a mystery, but the effects of shift patterns on it and overall wellbeing are becoming subject to more serious research, says Nic Paton.

It is probably fair to say that there is more we do not know about our circadian rhythm than we do. How it responds to our environment, how it affects our health, either directly or indirectly, why some are “morning” or “evening” people, are all by and large a mystery.

But it is becoming increasingly clear that the relationship of our body clock to our health and how and when we work – especially if we work nights – may be more important than we have previously recognised. Moreover, there may be serious questions that employers and occupational health professionals need to be asking about the effects night-shift working can have in terms of risks around cancer and, in particular, breast cancer.

For example, a study in the Scandinavian Journal of Work, Environment and Health has argued that night work leads to “statistically significant elevations in risk” of breast cancer, although this is after approximately 20 years of working nights.

However, it cautioned: “It is unclear from these studies whether or not there is a modest but real elevated risk for shorter durations.”

It also concluded that “restriction of the total number of years working night shifts could be one future preventive recommendation for shift workers”.

A Danish study in May 2012, published in Occupational and Environmental Medicine, argued that working night shifts more than twice a week is associated with an increased risk of breast cancer.

Both pieces of research also cited the 2007 study by the International Agency for Research on Cancer (IARC) that concluded shift work that disrupted circadian rhythms was “probably” carcinogenic. But both also emphasised the strong case for more research to be done on this rather grey area.

So, what should all this be saying to employers and OH practitioners, particularly those managing a predominantly female workforce often working unsociable hours or shift work – a workforce, in fact, much like the NHS?

“It is a tricky issue because, if you put it in perspective and look at what the causes of breast cancer are, then issues such as your genetics, family history and lifestyle factors such as weight or alcohol are all much more important,” concedes Dr Lesley Rushton, reader in occupational epidemiology in the School of Public Health at Imperial College.

Rushton was also co-author of a study in the British Journal of Cancer in June 2012 that argued job factors were linked to 8,000 cancer deaths a year, with night shifts potentially one significant factor along with exposure to carcinogens such as asbestos and diesel engine fumes.

“The issue is, should we be advising new nurses not to work on a night-shift pattern? At the moment, on the evidence, the answer would have to be ‘no’, but that can be a difficult message to get over,” Rushton adds.

For example, there is a basic question of even what we mean by “night” in this context. Would it be, say, just midnight to 5am or would it be a more extended 8pm to 7am, with all the wider ramifications that would potentially throw up?

The IARC concluded that night shifts were a 2A, or “probable” carcinogen rather than its highest level of a 1, or definite carcinogen, because “the human evidence is not really consistent or robust enough”, Rushton argues.

“The environmental and occupational risks are really quite small compared with genetic, reproductive and hormonal factors, but that is a hard message [to get across] because there is really very little you can do about those.

“You can encourage people to live healthier lifestyles, reduce tobacco and alcohol consumption, take more exercise, ask menopausal women to cut down on their weight and so on.

“I am sure in the next decade there will be the need to think about shift patterns and minimising health problems generally, and I can see for the NHS it could potentially be a really difficult problem. There may need to be more consultation with staff about rotation and shift patterns. But the risk and burden is relatively small when compared with factors we cannot do much about,” Rushton adds.

Nevertheless, occupational health practitioners – as the professionals with the expertise, and certainly a greater expertise than the average boardroom or management team – do have a responsibility to be raising awareness of at least the potential health risks associated with this form of working, argues Will Norman, director of research at “social innovation” think-tank The Young Foundation.

In 2011 the foundation published research estimating that 1.3 million people who currently work at night were potentially exposed not only to a greater risk of cancer but also pregnancy problems and poorer mental health.

It also urged the Government to legislate an eight-hour cap in working hours while on a night shift.

“There is a lack of evidence – and our body clocks remain a bit of a mystery – but there are beginning to be indications there are potentially serious risks associated with night shifts, both in terms of people’s own health and in terms of health and safety,” argues Norman.

“Increasing numbers of women are now working nights, so there needs to be quite significant awareness raising going on because a lot of this can be mitigated, often by better management of shift patterns and other things such as that.

“It may be things such as encouraging healthier eating patterns or looking at the commutes and routes to and from work when people are tired. Or it may be that different management structures and approaches are required for people working during the day or at night.

“So it is about raising awareness around how risks can be integrated into your management systems and communicating so that people can help themselves. Occupational health has a duty to raise awareness of these dimensions,” he adds.