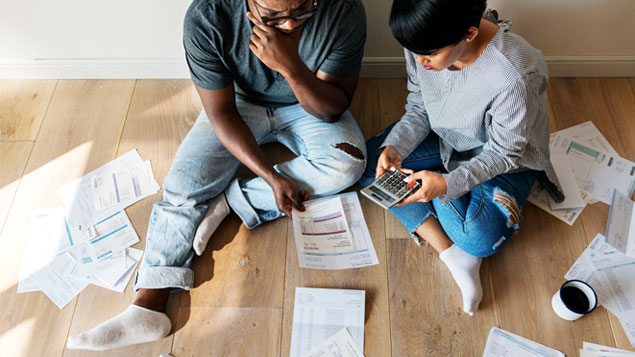 Flexible sick pay, part-time sick leave and phased returns to work should be considered for employees who take absence for a mental health condition, to help reduce financial hardship.

The Money and Mental Health Policy Institute found that income replacement levels for most people who take prolonged sick leave are insufficient, which often exacerbates their health problem, delays their return to work and puts them at risk of missing rent payments or being unable to pay for food and utility bills.

How to introduce and manage an occupational sick pay scheme

Financial worries may also lead to increased presenteeism, which affects their recovery and costs the economy up to £26 billion each year, it has claimed.

Its Too ill to work, too broke not to report, which has been published a year since the Stevenson/Farmer review on mental health and employers recommended the government should introduce a more flexible sick pay model, says income replacements should be sufficient to meet people’s needs.

It estimates that 2.3 million people in the UK have a mental health problem that affects the amount of paid work they are able to do, which causes many to suffer financial difficulties. Flexible sick pay might help them balance working limited hours with the time needed to recover, without the worry of debt.

The report recommends that statutory sick pay (SSP) is made more flexible so that people who do not have money saved up are able to reduce their working hours without suffering financial difficulty, which could aid their recovery.

“Work is already in train to change SSP so it can be claimed part-time, alongside wages, to encourage people to return to work in a phased way if necessary,” the report says.

“Offering similar flexibility around the ability to mix sick pay and wages as a preventative measure is widely accepted across Europe, and could help people avoid the destructive cycles of presenteeism, sickness absence and financial difficulty identified in our research.”

It also suggests that access to SSP is increased and recognised as a basic employment right. It says around half a million workers on zero-hours or temporary contracts do not earn enough to be eligible for SSP.

“If this cannot be implemented immediately, the government should lower the SSP threshold to match the replacement income paid as a stepping stone,” the report suggests.

Helen Undy, director of The Money and Mental Health Policy Institute, commented: “For thousands of people in the UK sick days are a luxury they just can’t afford.

“It’s a vicious cycle, ultimately forcing many out of the workplace entirely. We want to see the government and employers taking urgent steps to improve sick pay, access to benefits and other income protection so that a mental health diagnosis is not the first step out of the workforce.”

Steve Bridger, managing director of group protection at Aviva, which sponsored the report, said: “It is well established that mental ill-health affects most people to varying degrees in their life. What we see as an insurer – and as an employer – is that people’s ability to cope through a difficult patch and then be able to get back to work, is directly correlated to how easy it is for people to get support and how quickly they get it.”