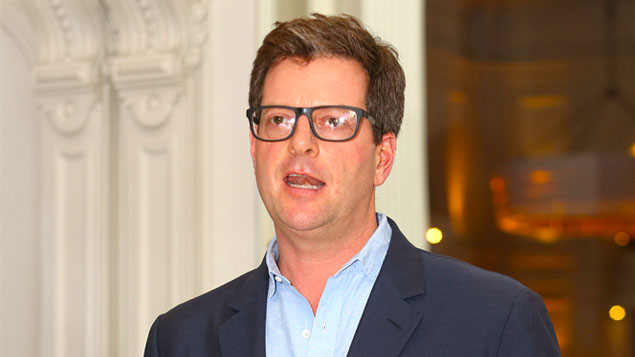 The editor of Waitrose’s Food magazine resigned this week after comments he made about “killing vegans” and “force-feeding them meat” drew criticism. Beverley Sunderland of Crossland Employment Solicitors explains why expressing such views in a work environment should be seen as a sackable offence.

Waitrose & Partners Food magazine editor William Sitwell has stepped down with immediate effect following his comments to a freelance journalist who approached him about writing a series of articles on being a vegan. His emails supposedly said: “How about a series on killing vegans, one by one. Ways to trap them? How to interrogate them properly? Expose their hypocrisy? Force-feed them meat? Make them eat steak and drink red wine?” In a follow-up email, he added: “I like the idea of a column called The Honest Vegan; a millennial’s diary of earnest endeavour and bacon sandwiches… ”

Can an employer be liable for harassment of an employee by other employees because of his or her religion or belief?

Religion or belief: Passionate belief in efficient use of public money may constitute “philosophical belief”

There has been much comment about how the criticism Sitwell received is an over-reaction to what was a joke on a private email and that vegans are not a ‘minority’ group capable of protection.

However, the Equality Act 2010 protects both religious and philosophical belief and the Equality and Human Rights Commission makes it clear in its guidance that veganism is a philosophical belief. It is a “genuinely held belief and not just opinion, in respect of a weighty and substantial aspect of human life and behaviour which are worthy of respect in a democratic society”.

The Equality Act 2010 not only protects those in employment, but applies in “the provision of goods, services and education, the use or the disposal of premises, the exercise of public functions, and the treatment by an association of its members and guests”.

The next point is in relation to the status of the email and whether it is “private” or not. It is stretching the bounds of common sense to say his email should not be disclosed. Sitwell was the editor of a food magazine, which holds itself as a publication for all people – not just those who eat meat.

A freelance journalist, reasonably believing he would be interested in vegans given the growing number of them in the UK, approached him with an idea about a series of plant-based food articles. This was clearly in the course of business and it is unrealistic to expect that a response suggesting vegans should be trapped and killed would be kept private, or that it should have been.

Unfortunately, in this age of social media, there is a misconception that people can write what they want and there will be no repercussions. Employers and staff must remember that “banter” is no excuse for making inappropriate comments and nothing should be committed to writing, either internally or externally, that the writer does not want appearing in a court or tribunal.

The problem for Waitrose and the third party magazine publisher that employed Sitwell was that they had to consider not only their credibility and reputation as a food magazine, but also the staff working on the magazine. What if one of them was vegan? Now, having seen their editor’s views they could argue that they were working in an intimidating and hostile environment and that these comments amounted to harassment. It might not have been Sitwell’s intention, but intention is not necessary for it to be harassment.

And what if candidates applied for jobs, revealed that they were vegan and did not get the job? Having read Sitwell’s comments, it would be a reasonable assumption that their belief was the reason why and Waitrose would be exposed to a discrimination claim.

It is unfortunate that a food critic with the experience, wit and intelligence of Sitwell – he is also a critic on Masterchef – should lose his job as a result of a couple of emails, but as the editor of a magazine he has to adhere to a certain standard of behaviour and this must be inclusive, no matter what his personal views are.

He has cast a shadow over the magazine’s intention to cover all aspects of food and further exposed his employers to claims of harassment from their staff and discrimination from future candidates. It is difficult to see how this could have had any other outcome.