How psychological rehabilitation can help return to work after absence 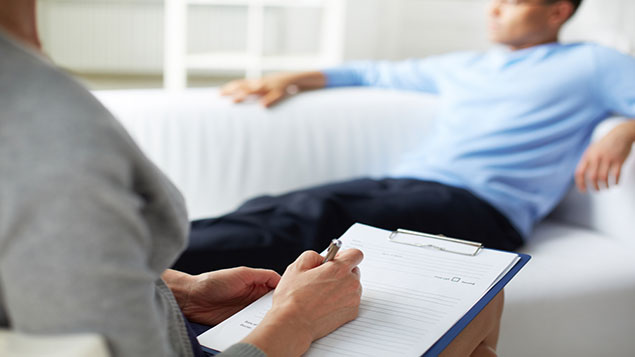 Despite the negative effect on the bottom line, the long-term absent are – for the most part – invisible to most organisations. Once an employee goes out of sight, it is all too easy for them to go out of mind. The rest of the team is expected to pull together and make things work, which they often do so effectively that the absent employee is all but forgotten.

How to manage and conduct return-to-work interviews

Many managers still have difficulty picking up the phone and connecting with the absent person, especially where stress or bullying were perceived to be involved. The pace of organisational change is such that even if the employee initially went absent because of an operation or common medical problem, stress or anxiety about returning to work can prove far more debilitating than any initial physical illness. The resulting loss of confidence in their own ability, compounded by a breakdown in communication with their line manager, means that once absent for more than six weeks the likelihood of the employee returning to work falls away rapidly. For example, someone with six months’ absence due to back pain has only a 50% chance of return, according to the British Occupational Health Research Foundation.

Perhaps the biggest challenge for HR and occupational health professionals seeking to rehabilitate these “missing” employees is attempting to gain a true insight into what is causing the employee to stay away. Are they genuinely still unfit to work? Has a physical illness been superseded by feelings of depression and anxiety? Are they just prolonging their sick leave? Or are they keen to return, but simply do not know how to get a foothold back in the organisation?

For other organisations, the challenge is ensuring that the typically invisible problem of long-term absence does not continually fall under the radar, but is instead properly and strategically addressed. Not least because, by doing so, most employers can free up tens of thousands of pounds in wasted absence bills to fund other employee wellbeing and engagement initiatives.

Many employers are now turning to managed psychological interventions, consisting of a course of treatment and a detailed return-to-work programme based on a clinical assessment conducted by a chartered psychologist or specialist psychotherapist.

The purpose of these assessments is two-fold. First, with the full consent of the employee, it is to establish exactly what, if any, barriers are limiting their ability to return to work. Second, it is to determine what treatments are required to facilitate a successful return to work and the cost to the employer of paying for this so that the business case for funding the rehabilitation can be considered.

From first-hand experience of setting up and overseeing such programmes, it is interesting to note the extent to which simply being asked to take part in a clinical assessment can trigger the return to work of some long-term absent employees. Whether they were just hoping to use up their full sick leave before returning to work or whether anxiety about taking part in the assessment proved far greater than that about stepping back into work again remains unclear, because of the employees’ speedy recovery once steps to investigate the absence were initiated.

A key benefit of offering clinical assessments is the way they enable the employee to talk honestly and without inhibition about how they are feeling, and to start communicating via the programme with their employer once more.

As part of the psychological dialogue, we seek to find out from the employee if they are fully committed to wanting to return to their employer. With an independent intermediary, focused on supporting the needs of both the employer and employee, individuals often feel safe admitting that the real problem is not their health but a harassment or conflict issue, or that after a short illness they realised that they simply could not face going back to work for whatever reason, be it pressure to balance work and care responsibilities, the recognition that they no longer enjoy their role or intense pressure to perform.

After helping those individuals hiding away on sick leave to recognise the extent to which this is only creating more obstacles for them to overcome, many individuals agree to share the underlying reasons for their absence with their employer, so that an appropriate solution can be facilitated. They may instead decide that what they want from life has changed and that they no longer wish to work for the organisation.

In a case where the assessment shows that there are no issues limiting the individual’s ability to work, the employer can take the employee back into the HR process. The reality is that you cannot manage the performance of someone who is failing to do their job if they simply avoid work by calling in sick. If the employer eventually decides to take someone down the route of dismissal because of absence, they will be grateful for an independent assessment and OH guidance in helping them to reduce the risk of legal action by demonstrating that the individual was indeed fit for work and that the organisation made allowances for substantial physical or mental impairments.

After filtering out those who are able but unwilling to work from those who desperately want help to get better, the true value of a clinical assessment comes into its own – enabling us to fully understand the exact nature of the psychological complications limiting the individuals’ ability to return to work.

Whether a long absence after a physical illness has caused them to become agoraphobic and unable to deal with a rush-hour commute or they have become depressed and addicted to painkillers after a relationship break-up, the assessment can deliver the insights required to establish exactly what it will take to get the individual back into work. It forms the basis for an agreed return-to-work plan, featuring any time, responsibility and role adjustments to be put in place. In addition, there is a recommended treatment plan, focused not on resolving totally any underlying psychological or health issues, but resolving these to the extent required to enable the individual to return and function at work once more.

“Back pain at work: a guide for people at work and their employers”, British Occupational Health Research Foundation, March 2000.

OH and wellbeing manager Paddy Lorenzen explains: “Previously, we found a traditional referral to OH didn’t always give information that helped a manager and employee to address the situation. Managers were left unsure if and how an absent employee suffering from an issue like stress, anxiety or depression would return to work, while the employee remained in a state of limbo. Managers were also left unsure how to support individuals at work but experiencing mental health problems such as obsessive compulsive disorder or depression, which resulted in them not performing or behaving adequately.”

The council wanted to get the factual insights required to understand in what capacity the employee could currently work and what was required to help them stay in work, so it invited Validium, the psychological health experts and its existing employee assistance programme provider, to conduct a psychological assessment pilot.

After discussing the psychological assessments available, the HR department identified 21 cases that might benefit from a psychological assessment. Of these, two individuals refused to give their consent and four resigned prior to the referral being made. Of the 15 staff who went on to be referred, six had been off work for between three and 52 weeks, while the remaining nine had been at work but were struggling to fulfil their duties.

Chartered psychologists carried out individual psychological assessments and the findings were shared with the council only with each individual’s consent. “We gained a very clear picture of the individual’s psychological health in relation to work and suggested adjustments for the employee, their manager and HR to talk through,” says Lorenzen. “In the event that the individual needed treatment to recover, we were also given a clear indication of costs and the likelihood of recovery.”

When the psychological assessment gave those people affected the opportunity to reflect on what they were and were not psychologically suited to do at work, three individuals agreed to be redeployed into other areas of the council, one temporarily and two permanently. The new roles enabled them to reduce their level of responsibility, along with a reduction in grade. All six employees who were absent returned and are now fully performing at work again.

Two more participants resigned and another two were provided with treatment, which they were grateful for, saying the psychologist was the first person to really understand what they were going through and had been essential to their recovery. Two more were deemed so affected by depression that they met the criteria for ill-health retirement.

“The remaining three were dismissed when the assessment showed they needed extensive treatment, for only a limited chance of recovery, which we considered to be an unreasonable adjustment,” says Lorenzen. “We let them go with the option to return if and when they recovered.”

He concludes: “The clinical insights provided enabled us to get more than half of those taking part in the pilot back to full performance and concluded all the other cases. It has saved money being spent on wasted management time, decreased productivity and replacement staff costs. As a result of the success of the pilot, we’re continuing to use psychological assessments to resolve other mental health-related cases.”

Lesley Howling is a principal consultant at Validium, a provider of psychological health services.
View all posts by Lesley Howling →
Previous Article
Next Article