How to care for low back pain 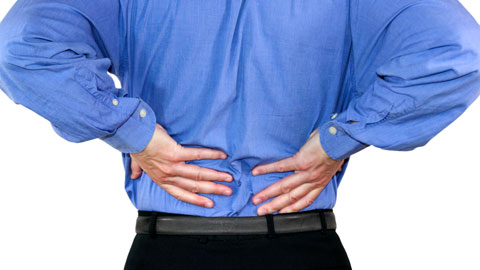 With back pain cited as the reason for 48% of long-term absences by manual workers, Anne Harriss and Mary Smolen explain why this is such a crucial area for OH professionals to focus on.

Approximately 80% of the population will have at least one episode of back pain over their lifetime. Ninety-five per cent of these will be simple mechanical back pain (Patient UK, 2010). Even without treatment, 90% of symptoms will improve within two months (Shiel, 2011).

Acute low back pain is not a disease, it is a symptom (Shiel, 2011). There is no one answer, cause or remedy for simple back pain and it rarely has a serious disease element (Waddell, 2004) – indeed, Hills (2010) estimates that the incidence of serious pathology is less than 1% of acute low back pain occurrences.

However, back pain does have implications for employers. The Chartered Institute of Personnel and Development (CIPD) found that acute back pain accounted for 56% of short-term absences (fewer than seven days) and for 48% of long-term sickness absence (more than four weeks) taken by manual workers in the UK in 2009 (CIPD, 2010). More generally, in 2003 the Health and Safety Executive (HSE) estimated that 12 million working days were lost per annum due to musculoskeletal disorders “caused or made worse by work”.

This article examines the effect that this condition has on a manual worker’s ability to perform their job, and the role the OH nurse can play in the positive outcome of the condition through assessment, education, communication, collaborative working and rehabilitation into the workplace. It includes the assessment of low back pain to eliminate serious pathology, an assessment of fitness to work and a plan to manage the symptoms.

A common scenario of low back pain

Rosa, a 49-year-old full-time housekeeping assistant in an acute NHS hospital, was referred for an OH assessment by her manager. She had returned to work following a week-long absence that had been caused by low back pain.

She reported experiencing pain while performing almost all of her tasks, resulting in physical and psychological distress. Rosa has worked in her current role for 25 years. She is married and has two children. Her household consists of herself and her husband.

Her daughter lives nearby, and when not working Rosa assists with childcare to enable her daughter to work.

Rosa has no particular interests or hobbies outside of her family. Her spare time is used for babysitting and housework. Her sickness record has been insignificant and the only times she previously attended the OH department were for routine health protection issues.

Her work tasks involve bending, stooping, reaching, twisting and pushing. Her core duties include cleaning toilets and baths (bending and stooping), emptying rubbish containers (lifting) and high dusting (reaching). She uses an industrial polisher for the floors (twisting and pushing).

These movements are all highlighted by the HSE as risks to cleaners, along with crouching and repetitive movements. Her work tasks include a varied mix of complex movements, and she has been performing these daily for 25 years.

Rosa reported she was experiencing pain when attempting all of her work tasks. She described the pain as dull and aching, but said it had started as a sharp, stabbing pain. The first episode of back pain occurred while Rosa was at home, removing a dish from her oven which involved squatting and reaching forward.

Much attention is paid to the moment when the injury became apparent – in other words, when the pain started – but, in fact, very few back injuries are the result of one event. More often they are cumulative trauma over a prolonged period (McGill, 2007). Acute pain under these circumstances results from either a sprain or strain (Waddell, 2004).

Rosa reported that everyday tasks and movement at home – for example, climbing stairs or working at the cooker – were also painful.

The movements required by Rosa to complete her work tasks involved all the movements that the spine can be expected to perform, to a greater or lesser degree.

The sites where injury can occur and cause mechanical pain could include any of the muscles, ligaments or tendons in the area (Kumar and Clark, 2009).

Low back pain has been defined as “pain and discomfort, localised below the costal margin and above the inferior gluteal folds, with or without leg pain” (van Tulder et al, 2004).

This area is a concave curve viewed from the back and is the area of the back expected to support the greatest weight (Marieb and Hoehn, 2010). Supporting the vertebral column from top to bottom are the anterior and posterior longitudinal ligaments that respectively prevent over-extension or over-flexion of the spine. The ligamentum flavum containing elastic connective tissue that connects all the vertebrae is extremely strong, able to stretch and recoil whenever the spine is bent.

There are also numerous other small ligaments that connect each vertebra to the next (Marieb and Hoehn, 2010). The ligaments in the lower back are prone to sprains (Abitbol et al, 2009). Sprains are often painful and immobilising, resulting from “an over-stretching or tear”, and as ligament tissue is poorly vascularised it takes time to heal (Marieb and Hoehn, 2010).

Injury occurring to a muscle or tendon resulting from overuse or misuse is known as a strain. The injured muscle then becomes painfully inflamed (myositis) and the adjacent joints are usually immobilised (Marieb and Hoehn, 2010). These injuries are often self-limiting and frequently caused by inadvertent movement or prolonged poor posture, over-extension or overuse.

The role of a housekeeping assistant involves frequent changes of posture and at the same time awkward movements, often in confined spaces. The HSE has identified that workers in the cleaning industry are at an increased risk of musculoskeletal problems due to their work.

However, it was noted that Rosa’s problem began at home while performing an everyday movement. Thus, the episode at home could well be the final straw in a long history of overuse or prolonged poor posture that had been putting strain on muscles or ligaments. The sequence of events following either a sprain or strain commences with the inflammatory process within seconds (Rote, 2008). This response is the body’s automatic protection mechanism to prevent spread of injury and commence the healing process.

The challenges the OH nurse faced during Rosa’s initial consultation were:

Rosa had not seen her doctor about her symptoms. Diagnostic triage was performed by the OH nurse at the first consultation, as recommended by the Royal College of General Practitioners (1999). Using a biopsychosocial approach and recognising “flags”, as recommended by Kendall and Burton (2009), enables the OH nurse to address issues that may be a barrier to recovery. It also allows them to intervene in various ways to obtain a good outcome for the client (return to work and resolution of the symptoms) and the employer (a productive worker).

Of particular note in this case were:

Assessment of fitness to work

Murugiah et al (2002) proposed a framework with four main aspects to consider when assessing fitness for work. This was used by the OH nurse when assessing Rosa. These aspects include:

When consideration was given to the above parameters, the OH nurse advised that Rosa was not yet fit to return to work – her uncontrolled pain needed addressing first. Kendall and Burton (2009) recognise that within the first two weeks of an episode, support, evidence-based advice, myth-busting and symptom control are the primary goals.

The OH nurse advised Rosa to seek treatment from her GP and provided her with a letter advising of the history and plan for rehabilitation.

This led to Rosa receiving medication for pain control and a fit note for her return to work with OH assessment and advice. The fit note scheme allows for collaboration between the OH nurse, the line manager and the client when planning a return to work in a safe and timely manner.

Waddell and Burton (2000), in their systematic review of the evidence for the management of acute low back pain, refer to strong evidence for advising the continuation of normal activities in spite of pain in the early stages of the episode. However, caution needs to be applied when the worker is employed to perform a role that is considered a risk for musculoskeletal injury in itself (HSE, 2003).

Rosa’s work tasks have the potential to cause numerous different strains and stresses on the back. It may appear easy to follow the received advice and encourage workers to return to work at the earliest stage – if not to stay at work with no recovery time – but there are times when beliefs and attitudes as well as severe pain require activity to be moderated according to comfort.

Rosa was encouraged to increase her normal household activities while taking regular analgesia. She was given a copy of “The Back Book” (Roland et al, 2002) at her consultation, which provided simple written information and advice.

Rosa was highly motivated to return to work and it was agreed she would return to OH in a week’s time or when she was feeling able to accomplish most of her daily household tasks without too much discomfort.

She attended OH three days later and her mood and range of movement were vastly improved. She was able to walk comfortably and had been gradually increasing her activity at home. Prescribed analgesia enabled her to make a return to normal home activities.

As her pain was now controlled, Rosa was keen to start reducing the medication in order to avoid side effects. A return-to-work strategy was devised with the aim of her going back the following week.

This programme was agreed with Rosa and her manager. A risk assessment completed by her manager that identified some changes to Rosa’s working practices was integral to this strategy. This had the added benefit of making her feel valued, another important factor in recovery and successful return to work (Kendall and Burton, 2009).

Kloss (2010) explains that while OH professionals have a contract with their employer, they “assume a broad obligation towards all those employed … while at work”. It is therefore their duty to ensure they are equipped with the knowledge and skills to assess and advise the client, as well as management, regarding fitness to work.

It was fortunate that the OH nurse was able to see Rosa on the day of referral by her manager. Early intervention in cases of simple low back pain can help prevent chronic problems. While acknowledging the pain she was obviously experiencing, advice on pain management and a graded return to normal activity no doubt accelerated Rosa’s recovery.

Education and advice, both verbal and written, assisted Rosa in her understanding of the problem.

If the problem recurs in the future, hopefully she will be better equipped to deal with it. Collaboration with the GP and manager worked for the benefit of the client and employer.

Mary Smolen is an OH adviser in an NHS OH service.

National Institute of Arthritis and Musculoskeletal and Skin Diseases (2010). Back pain.