Lessons learned from a winning workplace health and wellbeing initiative

By Lawrence Mitchell on 1 Mar 2017 in Stress, Occupational Health, Wellbeing 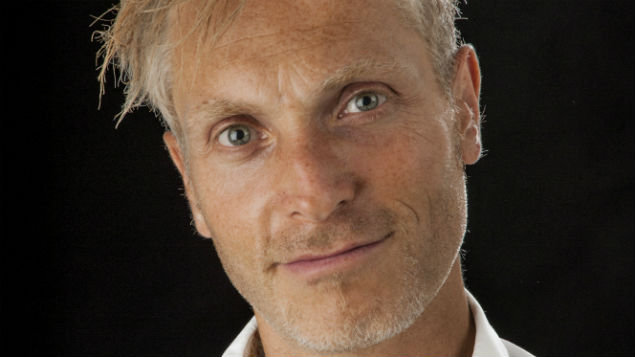 Mitchell: The 30 day challenge was an important step and a useful tactic in a journey of change and transformation, promoting healthy individual habits, while bringing people together.

Reed Business Information was the winner of the CIPD’s 2016 Best Health and Wellbeing Initiative award. Lawrence Mitchell, who led the campaign, looks at how a 30-day challenge helped build a global wellbeing team, encourage new behaviours and boost productivity.

When Sarah Allswood was persuaded to join the RBI 30-Day Living Well Challenge, which encouraged employees to move more, she reluctantly agreed. Not being a lover of exercise, Sarah didn’t want to let the team down, but hoped that everybody would lose interest after a few days.

Thirty days later, Sarah completed her first 5km run, and that wasn’t all – she became aware of how little she moved each day, and how much more she was capable of doing. Sarah also bonded better with her work colleagues, discussing her evenings and weekends in ways she hadn’t previously. She slept better and felt more energised and this had an effect on her productivity at work. It felt like the start of a new chapter in her life.

Faced with an ever-changing and pressurised work environment, many companies are embracing techniques to help employees like Sarah adopt healthy habits and practices to reduce risk, and increase energy and performance. Most people know that doing exercise and keeping fit is an important component of a healthy lifestyle, but the fact remains that many people don’t move as much as they should, and exercise gets deprioritised in favour of less healthy activities.

Employee comments on the 30-day challenge

“My team was made up of people from different groups, so it was a good way to get us all communicating. We have all spoken to each other much more than we need to in our day job, which has helped team building. It has been great to see how we’ve pushed ourselves beyond where we thought our limits were.”

“I feel that this has encouraged my team to get up and talk to each other more in the office to get more points, rather than sending an email and remaining sedentary at work.”

“We used WhatsApp to motivate each other and to communicate which goals we reached. This helped to keep our spirits up.”

“The challenge made our team more interactive and engaged in our before/after work activities. We pushed each other to do more.”

“We often feel a bit forgotten about when there are wider activities going on, but this was something we could get involved in and feel included with everyone else.”

“The challenge helped us to see how much we were doing and how little we exercised at work [in terms of steps]. I also think that when we started we did it for ourselves, but in the end, every team member did their best.”

“I ran three times in one week and I have never done that before, and the best part was that I enjoyed it. Most of us got our partners involved to support us to be more active away from work and it was great to bring that excitement and motivation home with us.”

“It motivated us to go for lunchtime walks and encourage others to achieve goals such as running milestones. Without this, I would have stopped running after the first week.”

“I have increased my cardio activity and feel that I sleep better. I have also learned the best times to sleep and how much I need to be able to be productive.”

“I now use the stairs instead of taking the lift. I’m motivated to work out at least three days a week, whereas before I used to find it hard to go even two times.”

“I’ve joined a gym and got a personal trainer. I have bought a bike and taken up cycling for the first time since childhood. I have also spent some time looking at my diet as well, because it is so important to have enough energy.”

“Before the 30-day challenge, I was not very healthy at all. It has encouraged me to purchase a step/sleep tracker so that I can monitor my activities. I can see such a transformation from then until now.”

“It has not only encouraged me to be fitter/healthier, but also my partner. He has also now bought a tracker and we have started going on long walks to do our steps and we are both developing much better sleeping patterns, which is something I have never had.”

“It got me and my three kids out exercising as a family together, and I was always motivated and encouraged by the ongoing activities of my teammates.”

“By Living Well together and focusing our energies on collective wellness, we transformed ourselves, our team and perhaps even our colleagues, who witnessed our ‘joie de vivre’.”

“My manager was in my team and we started having our one to ones outside when walking to be more active, which was great.”

“The month has made me think about how I can be more active rather than just sitting at my desk – from walking meetings through to taking up swimming again. It’s been a real positive for me.”

“This challenge has made us realise how little we moved before and how far we can push ourselves. I never thought I would be running 10km at the start of the challenge.”

“This challenge really motivated us to go that ‘extra mile’. Every single one of us pushed ourselves and each other to work out more. The team spirit was high, and when we saw that our hard work paid off [4th in the leader board], it only motivated us more.”

“I never did any exercise prior to this. Being part of a team really encouraged me to do my best for everyone else. As someone not interested in exercise, I have really enjoyed doing more for my team.”

“I am now aware of how much exercise I am capable of doing, and should be doing on any given day, and how much more I could do to challenge myself in the future.”

Businesses have a crucial role to play in encouraging and supporting their employees to incorporate healthy habits into their lives. While wellness programmes can easily seem like peripheral activities in comparison to more significant business capabilities, the cost of employees who are off with stress – one of the biggest drivers of absence in today’s workplace – is significant.

In 2015, RBI tested a simple idea to encourage employees to try a new, healthy practice.

RBI is a large information company with 3,000 employees based in multiple offices around the world. The programme was designed to connect the employees as part of a global community, and followed some best practices, such as adopting a campaign mindset where the challenge had a clear beginning, middle and end.

The 50 Days of Wellbeing was launched on the back of RBI’s Living Well Fair and attracted 250 people to sign-up and pledge to do something healthy every day. By the end of the 50 days, there were some great lessons and insights gained, all of which fed into the planning for the 2016 Living Well challenge, which took place in June 2016.

This time, though, while there were many similarities to 2015, there were also some significant distinctions that made a huge difference to the engagement levels and overall success of the challenge. They were:

Experience and proactively encouraged people to sign up, providing a donation to charity for every team registration. Throughout the challenge, a private group on Facebook was used to profile the activities of participants from around the world, which really helped to keep people engaged, connected and motivated.

Two days before the challenge was due to start, 120 people in 23 teams had registered. After a big final push, 466 people in 72 teams from 22 offices across the world had registered and were ready to start their 30-day challenge.

By the end of the 30 days, the teams had collectively achieved the following:

These were impressive stats, but there were other interesting insights too, such as:

These were the tangible benefits of this particular intervention, but when you look deeper at the comments from participants after the challenge finished (see box, left), there are a number of other more significant and sustainable benefits that will have a ripple effect in the business. These include:

While on its own the 30-day challenge is not going to change the whole business culture, it is an important step, and a useful tactic, in a journey of change and transformation, promoting healthy individual habits, while bringing people together.