NHS sickness absence rates up due to short-term approach 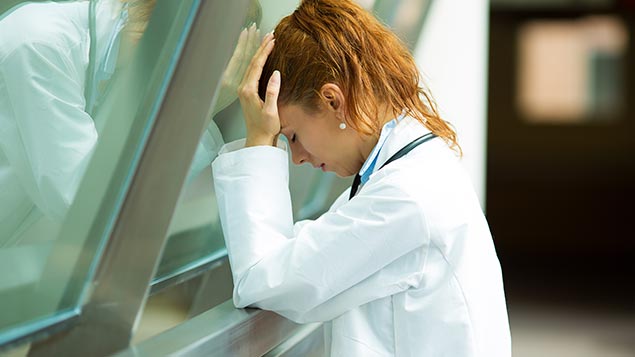 The lowest staff sickness rate of any group was medical and dental staff at 1.19%, decreasing slightly from 1.20% in November 2013.

At 3.63%, south London had the lowest regional sickness absence while the north west had the highest at 5.25%, it added.

Within this, anxiety, stress and depression are growing problems, according to figures obtained by the BBC.

How to deal with long term sickness absence

Implement a phased return to work from sickness absence

These figures have concluded that employee absence because of mental health problems has doubled at NHS hospital trusts across England in the past four years.

This finding has been echoed in a report by the King’s Fund, “The NHS under the coalition government”, which has argued that NHS employees are struggling to cope with the increasing pressures on the service

The report has highlighted that between 2010 and 2014, the number of NHS staff reporting that they felt unwell because of work-related stress had increased by nine percentage points to 38%.

The report, Work and Wellbeing in the NHS has argued that NHS organisations too often ignore “the compelling advantages” of prioritising staff health and wellbeing.

The report also concluded that:

RCP clinical adviser on NHS workforce health Dr Sian Williams said: “It is time to move beyond short-term, one-off initiatives to help staff improve their health at work. Trusts must consider staff health in all that they do; this includes the design of buildings, the work environment, and the work itself. Most importantly, it includes the way staff are managed.”

Peter Carter, general secretary of the Royal College of Nursing, warned that staff are being made sick with stress “because of the intolerable pressure they are under”.

However, NHS Employers argued that, while the service could not be complacent and conceded progress was “uneven”, things were improving.

Chief executive Danny Mortimer said that the RCP report also showed the number of trusts with a health and wellbeing plan had risen from 41% back in 2010, and the latest NHS staff survey for NHS England in February had shown a 2% increase (to 59%) in staff who agreed their manager took “a positive interest in my health and wellbeing”.