By Sarah Silcox on 31 Jan 2017 in Return to work and rehabilitation, Sickness absence management, Occupational Health 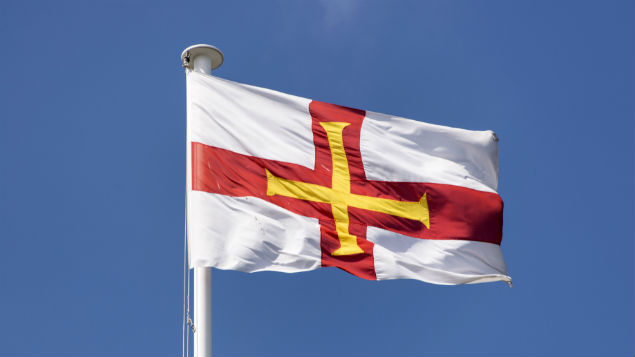 The Guernsey flag: the island has overhauled sickness absence and sick pay with emphasis on return to work after illness. Photo: Richard Sowersby/REX/Shutterstock

Guernsey has launched phase two of its reforms of sickness absence and sick pay, focusing on return-to-work interventions and the biopsychosocial model. Occupational health was at the heart of the changes, reports Sarah Silcox.

The States of Guernsey have just launched the second phase of a major revamp of how people are supported back to work after a period of sickness absence. Occupational health expertise is at the heart of the programme’s development and implementation, which includes new functional capability assessments and sickness certification.

The second phase of SOHWELL was launched in August 2016 and includes:

Guernsey’s Committee for Employment & Social Security (E&SS) launched a revamp of its system for assessing and paying state sickness benefit last year. Supporting Occupational Health and Wellbeing (SOHWELL) was launched in May 2015 and, one year on, the team at Guernsey E&SS has recently started the second phase of the project.

Dr Les Smith, an occupational health expert and former GP on the project team, says the impetus for SOHWELL came from a “visionary” member of the States’ employment and social security committee, Ed Ashton. He said: “You have to understand that Guernsey is very independent and did not want to simply copy a similar initiative to revamp the sick note in the UK.”

The first phase included the following:

So why did the old system need updating? According to Smith, the old-style sickness certificate provided only “limited” information to E&SS, which made it difficult to make effective decisions on benefit entitlement. In addition, Guernsey’s GPs were “not really engaged with the process”.

“The idea was to work with them on an alternative process for sickness certification that would provide E&SS with better information, enabling it to make improved decisions,” Smith says.

Sickness benefit, like many other benefits in Guernsey, is funded through social insurance contributions. E&SS officials perform a case management role in respect of sickness benefit claims. This requires them to collect and examine each sickness certificate and pass it on to a determining officer to make the ultimate decision on whether a claim should be accepted or a benefit continued.

Occupational health professionals are not directly involved in carrying out work capability assessments in Guernsey. The primary OH service on the island covers 5,500 public-sector workers employed by the States of Guernsey. However, the SOHWELL project does include a telephone advice line, which all employers can access.

More information about SOHWELL can be found here.

“There is a lot more contact between the State Committee responsible for paying benefits and the Guernsey GPs than there could ever be in the UK,” Smith points out.

New-style work capability assessments, using the biopsychosocial model, are crucial to SOHWELL. Each assessment is performed by two GPs drawn from a panel approved by E&SS. Training in conducting assessments is delivered by the committee’s medical adviser, who also undertakes periodic observations of the process.

Assessments are not points based and the reports provided by the examining GPs set out their opinion on work capability. A copy of the assessment is provided to an individual’s treating practitioner.

Assessments are supported by a new timeline for intervention (see table below), which brings forward the typical point at which people are assessed or moved on to a different rate of sickness benefit, “reducing the likelihood that the absence turns into months and years rather than weeks and months,” according to Smith.

Case managers within E&SS decide the next steps for an individual, which might include work rehabilitation, back-to-work benefits or entry into one of a number of employment schemes.

The introduction of capability assessments has not generated many benefit appeals, according to Smith, and in the early months of the new arrangements, about 40% of those assessed were found to be capable of some work. About 2.5% of Guernsey’s working population of 32,000 is off on long-term sick at any one point.

A second part of the SOHWELL project involves a redesign of the existing medical certificate around a biopsychosocial model of care. “GPs are now encouraged to think about what people can do at work very early in the process; they are actively considering a patient’s impairment and its impact on function, rather than only focusing on the medical diagnosis,” Smith explains.

Training the island’s GPs in the new approach is crucial to its success and is delivered in three modules:

It was part of Smith’s “job”, in collaboration with E&SS colleagues, to persuade GPs that the project is about supporting people back into work and ensuring that they receive appropriate benefits.

“Guernsey GPs are some of the best I’ve come across; they are very patient-focused and knowledgeable and keen to work with the social security committee,” Smith says. This is not to say that they all signed up to the idea immediately, but the majority quickly understood the value of exploring capability, rather than focusing only on impairment. Workshops around the work-is-good-for-you concept supported the project’s ethos. A specialist occupational health group was also set up to foster better understanding of the OH role among the GPs.

Timeline for assessing an individual’s fitness for work

These are rewards for returning, and staying in, work for specified periods, Smith explains. A lump sum is paid to an individual who has been back in work for at least 28 days after being off sick for at least six months. It is paid when an individual starts back in a new job: at the rate of £500 if the employment is for at least 25 hours a week or £300 for between 15 and 25 hours a week. Individuals are only eligible for one bonus in any 12-month period.

One year on from the formal launch of the new sickness certificate, the metrics are good, according to Smith: “Benefit costs have fallen and there has been a reduction in the number of days lost to sickness absence.”

Few complaints have been made about the new work capability assessments and the number of appeals against benefit decisions is low. Smith undertakes quality-assurance auditing of the assessments regularly.

The States of Guernsey launched the second stage of the SOHWELL project in August 2016, which includes engaging employers in partnership with other stakeholders, such as occupational health practitioners, the CIPD and mental health charity Mind.

The second stage will also see training in the new sickness certificate and broader occupational health extended to paramedical practitioners.

The team at E&SS is also reviewing the effectiveness of the psychological work capability assessment and will introduce regular peer review meetings with members of the assessment panel.

Smith expects that the new medical certificate will require regular “tweaking”. His current focus is on reviewing and revamping the island’s primary care mental health and wellbeing service, which, like the UK, suffers from long waiting lists and high demand.

He is also involved in a project looking at the impact of longer working lives, which involves working with GPs on preventative medicine and rehabilitation in the context of a planned increase in Guernsey’s state pension age to 70 by 2049.