Apprenticeship levy and targets risk being poor value for money 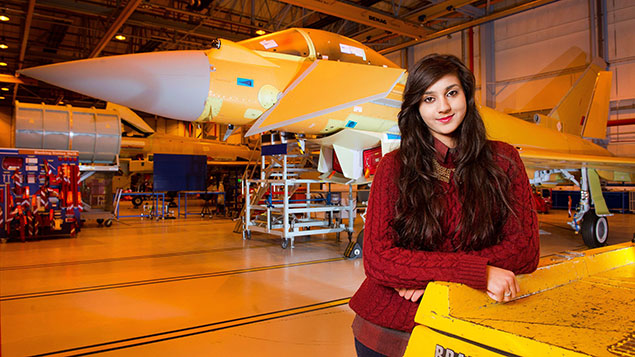 Most of the money raised by the apprenticeship levy will be spent elsewhere, according to analysis published today by the Institute of Fiscal Studies (IFS).

The apprenticeship levy, the new 0.5% tax on employers with a paybill of more than £3 million, is estimated to raise £2.8 billion in 2019-20. To compensate, employers training apprentices will receive more generous subsidies.

The new apprenticeship levy and associated targets risk repeating the mistakes of recent decades by encouraging employers and training providers to relabel current activity and seek subsidy rather than seek the best training” – Neil Amin-Smith, IFS

However, the IFS has said that government spending on apprenticeships in England is only expected to increase by £640 million between 2016-17 and 2019-20, so most of the revenue raised will be spent elsewhere.

Furthermore, the nature of the funding system means there is a “risk that the apprentice ‘brand’ is becoming just another term for training”.

Neil Amin-Smith, one of the report’s authors, said: “We desperately need an effective system for supporting training of young people in the UK.

“But the new apprenticeship levy, and associated targets, risk repeating the mistakes of recent decades by encouraging employers and training providers to relabel current activity and seek subsidy rather than seek the best training. There is a risk that the focus on targets will distort policy and lead to the inefficient use of public money.”

What will employers be able to spend apprenticeship levy funding on?

The IFS analysis of reforms to apprenticeship funding forms part of its “Green Budget 2017”, produced in association with the Institute of Chartered Accountants in England and Wales and funded by the Nuffield Foundation.

Other research findings include:

Jonathan Cribb, another of the report, said: “With the subsidies for apprentices’ training costs at 90% or 100%, employers are encouraged to take on more apprentices. But this also provides them with little or no incentive to choose a training provider with a lower price.

“In addition, the specific targets for most public-sector employers in England to employ apprentices could lead to costly and potentially damaging re-organisations, and should be dropped.”

Dr Hilary Steedman, senior research fellow at The London School of Economics, speaking on the BBC’s Today programme, said: “I think the IFS has really overstated their case here. We have a really serious skills problem in this country and we need to raise skills through apprenticeships in order to promote economic growth and improve our productivity levels, which are dire compared to Europe.”

Chris Wood, CEO of Develop Training, a training provider to the utilities and construction sectors, said he agreed with some of the findings but that the alternative was much more dangerous: “The utilities industries cry out for new talent. Industry demands global competitiveness but our higher-education sector is limited in what it can provide to support the UK’s practical skill-base.

“So, in the face of these issues, the IFS’s concerns appear both somewhat petty and misguided. If the worst that can happen with the scheme is that 600,000 new apprentices are trained annually and some of those people are in their late 20s, is that really so bad?”