By Sarah Silcox on 2 Jan 2017 in Research, Occupational Health 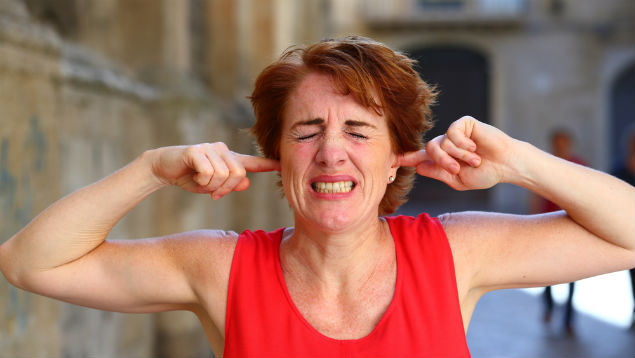 A survey found decreased sound tolerance could be considered as a possible new aspect of multiple chemical sensitivity.

Among this month’s occupational health research reports are studies on noise sensitivity and multiple chemical sensitivity, and leadership responses to bullying.

This study investigates the presence of noise sensitivity in patients suffering from multiple chemical sensitivity (MCS), a chronic condition characterised by several symptoms following low-level chemical exposure. Using a questionnaire-based survey, it finds a strong positive correlation between sensitivity to noise in a group of 18 MCS patients. This prompts the authors to suggest that decreased sound tolerance could be considered as a possible new aspect of MCS, contributing to its peculiar phenotype.

Back pain in nursing homes

The use of a safe resident handling programme, including the deployment of lifting devices, in a nursing home is a strong predictor of reduced lower back pain among staff. Frequent, intense aerobic exercise also appears to reduce the risk, the survey suggests. The prevalence of back pain was associated with a history of physical exposure, psychological job demands and prior injury, it also finds.

The role of leadership in workplace bullying, particularly how managers respond when it occurs in a team, is more complex than previously thought, this study based on in-depth interviews suggests. It identifies four types of management response, each underpinned by contextual factors at the individual, group and organisational level.

Employee resilience can help mitigate the negative consequences of job insecurity on emotional exhaustion and “interpersonal, counterproductive work behaviours”, a cross-sectional study undertaken as part of this research project suggests. In particular, resilience weakens the relationships between job insecurity and cynicism and “psychological contract breach”, the authors suggest.

Work stress and alcohol use

This study tested a model of work stress and alcohol use based on the stimulant and sedative effects of alcohol. Results from a sample of 2,808 US workers indicate that work stress was related to heavy alcohol use among both men and women who held strong expectations that alcohol consumption would reduce their tension and fatigue.

Wellbeing and relationships at work

High-quality, reciprocal relationships between leaders and team members are positively associated with employee wellbeing. However, the pathways for the impact of leader-member relationships on wellbeing are less well explored. This German study finds that job-related factors such as role clarity, meaningful work and predictability at work predicted higher-quality relationships between managers and staff, which in turn related to lower levels of emotional exhaustion. According to the authors, the results “support the important role of job resources in stimulating health-relevant aspects of leadership behaviour, and indicate ways in which leaders can promote health and wellbeing.”

More than a quarter of police officers work long hours and are significantly more likely to report common mental health disorders than colleagues who work shorter hours, according to this study of federated ranks of police officers in two English country police forces. The group that said it worked more than 49 hours in a typical week were twice as likely to report psychological distress and almost twice as likely to report emotional exhaustion. The authors suggest that the management of working hours may effectively promote psychological wellbeing in police forces.

Return to work after cancer

Women who participate in exercise before, during and after treatment for breast cancer are more likely to return to work, this study of 288 women suggests. A woman’s need to care for children, her perceived body image and existential wellbeing may also affect return to work, it concludes.