By Sarah Silcox on 1 Jun 2017 in Respiratory, Research, Occupational Health 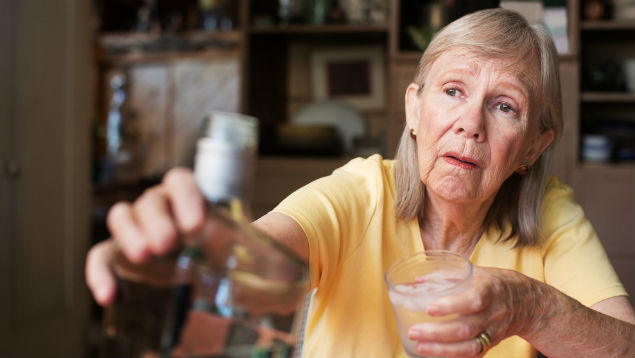 People experiencing depression and working in a metropolitan area were at greater risk of increasing their alcohol consumption to risky levels around retirement, a report found.

This month’s round-up of occupational health research includes studies on alcohol consumption of people reaching retirement age and the relationship between OH and line managers.

Trajectories of risky drinking around the time of statutory retirement: a longitudinal latent class analysis

The attitudes and actions of line managers positively affect the outcomes of occupational health interventions, according to this analysis of a sample of 180 employees using an OH service. Employees’ self-rated health and work ability were measured at baseline and follow-up and their ratings of managers’ attitudes and actions, together with transformational leadership, were measured during the intervention. The authors suggest, based on the results, that evaluation of OH services include aspects of both line managers’ attitudes and their leadership styles in future.

Acrylic compounds remain an important factor in the development of occupational asthma, according to what the authors claim is the largest reported series of cases reported to the SHIELD surveillance scheme for the condition. Twenty patients out of 1,790 cases of occupational asthma were associated with acrylic compounds across a variety of industries, including health care, beauty, printing and teachers exposed to floor adhesives.

There is a high prevalence and severity of metabolic syndrome amongst long-haul truck drivers, according to this US study, partly due to the organisation of work which means the sleep quality of this occupational group is often degraded. Nearly 60% of the 262 drivers in the study met the criteria for a metabolic syndrome diagnosis; for example, over 80% had a waist circumference of more than 102 cm and 17% had a fasting glucose of more than 110 mg/dl. The authors conclude that preventive efforts should focus on improving the work day sleep quality of this group.

Obesity and a high physical workload are both risk factors for disability and exit from employment, according to this longitudinal analysis of Swedish construction workers between the ages of 15 and 65. Body weight and height were measured at a health check and diagnoses of disability benefits received were categorised into cardiovascular diseases (CVDs), musculoskeletal diseases, mental disorders and “others”. Self-reports were used to measure physical workload. Obese workers were around 1.7 times at increased risk of receiving disability benefits, mainly as a result of CVDs; obesity combined with a higher physical workload increased this risk further. The authors conclude that “comprehensive programmes that target health promotion to prevent obesity and ergonomic interventions to reduce physical workload are important to facilitate sustained employment.”

A phased, or graded, return-to-work increases the likelihood of a successful return-to-work for those with chronic mental disorders (CMDs), but only if combined with other aspects of rehabilitation. This is the conclusion of a study using self-report questionnaires amongst 508 workers engaged in graded return and 554 controls. At follow-up, 88% of the intervention group had returned to work compared to 73% of the controls, meaning that sick leave duration during the follow-up period was 7 weeks and 13.4 weeks respectively for the two groups in the study. The effect in people with a higher risk of not returning to work at baseline was even higher, confirming earlier studies, the authors conclude.

A large majority of social workers experience emotional distress during a typical day and 42% have been verbally abused at work, according to a survey by their union, Unison. Both of these percentages are higher than responses to the same questions in a 2014 survey undertaken by the union. Over 60% of the 175 social workers completing the questionnaire “almost never” take a break at work and a similar proportion said they had not had a lunch break on a particular day specified in the survey questionnaire. Almost one in 10 of respondents reported working 12 hours or more a day and 28 individuals said they had put in a shift of at least 15 hours on the survey day.

“A day in the life of social work”, Community Care and UNISON, April 2017,