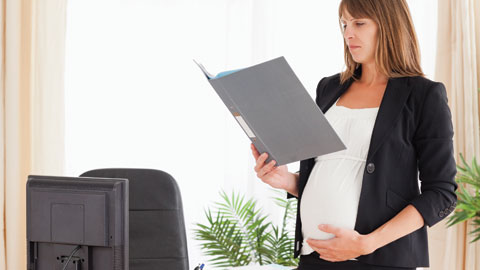 Many women who work during pregnancy are exposed to solvents at work, and a recent study suggests that the children of such women are more likely to have higher scores of attention deficit/hyperactivity and aggression at the age of two. The study of female workers in Brittany found that 20% reported occasional exposure and 31% regular exposure to solvents. A multiple linear regression analysis was used to evaluate the association between occupational solvent exposure and the behaviour of the group’s children, revealing a dose-response relationship. The authors suggest that this dose-response effect underlines the public health relevance of the study and the need for longitudinal research into the same group of children at school age.

Perceptions of return to work after back pain

The likelihood that an employee returns to work after an absence caused by back pain depends on clinical, personal and OH factors, according to a recent qualitative study. The study aims to document employee perspectives on the difficulties caused by back pain and the most important obstacles to, and facilitators of, a return to work after sickness absence. Persistent pain, a lack of access to information or support groups and a lack of understanding from employers were the biggest perceived barriers to rehabilitation. An employee’s knowledge of their own limits, together with physical training, were seen as the most important factors encouraging a return, ahead of work-related factors.

Dione CE et al (2012). “Obstacles to and facilitators of return to work after work-disabling back pain: the workers’ perspective”. Journal of Occupational Rehabilitation, published online 30 October.

An exercise intervention that increases aerobic capacity does not lead to a reduction in musculo-skeletal pain, according to this study of 67 construction workers who were split into an intervention group and a control group. The intervention group trained three times a week for 20 minutes for 12 weeks. This group completed questionnaires and text message feedback at the beginning and end of the period. Although the intervention provided improved aerobic capacity, it did nothing for pain, work ability, productivity, perceived physical exertion or sick leave, the authors found.

A new analysis of data in the British Household Panel Survey investigates the relationship between mental ill health, as measured by the GHQ-12 questionnaire, and sickness absence, job and personal characteristics. An overall sickness absence rate of 1.68% was reported, although increased absence was associated with an age exceeding 45, female workers, lower occupational classification and public-sector employment. Scoring four or more on the GHQ-12 survey was associated with sickness absence, particularly in the public and not-for-profit sectors.

Preventing murders in the workplace

Recommended robbery prevention strategies also protect organisations against workplace murders committed by former employees or others with a prior relationship with the organisation, according to this study of North Carolina employers. Workplaces based in industrial parks that employ people from ethnic minorities, report a history of violence and those that are open at night or 24/7 are more likely to experience “prior-relationship homicide”, the study found. Keeping entrances to the workplaces locked when employees are present and operating at least one security device decreased the likelihood of an incident, it concluded.

Gurka KK et al (2012). “An examination of strategies for preventing workplace homicides committed by perpetrators that have a prior relationship with the workplace or its employees”. Journal of Occupational and Environmental Medicine, published online 7 November.

A High Court judgment rules that working at a former Phunacite plant in South Wales could have caused lung cancer and chronic obstructive pulmonary disease among former employees. The Court ruled that the diseases could be caused by exposure to dust and chemicals at the former coke works in the Cynon Valley, and compensation averaging £44,000 each has been agreed for four claimants. The Court found convincing evidence that diseases of the lung could be caused by the processes at the plant, but that there was insufficient evidence to find that, on a balance of probabilities, bladder cancer and certain types of skin cancers were also caused by the processes. A total of 183 claimants have registered as part of the legal action and the judgment given at the High Court will now be applied to the other claims in the group.

A fast-food worker who was left profoundly deaf after exposure to carbon monoxide fumes that killed a colleague at a South London takeaway has received compensation. The worker was left in a critical condition after being overcome by fumes from a faulty propane gas heater in the shop. He was in a coma for several days and was diagnosed as deaf when he woke up. Investigators found that a safety switch on the heater was faulty and had been tampered with. The shop owner was originally charged with manslaughter and causing grievous bodily harm, but the charges were dropped and he then pleaded guilty to health and safety breaches. The shop owner’s liability insurers settled the claim out of court for £150,000.

A press setter who developed dermatitis after he was exposed to excessive oil in his job has received £10,000 in an out-of-court settlement, after his employer refused to replace the specialist gloves that were required to protect the worker’s hands from the oil leaking from the press. The worker’s solicitors, Thompsons, argued that he should have been provided with a more regular change of gloves and that the job should have been rotated so that he was not exposed to excessive amounts of oil.