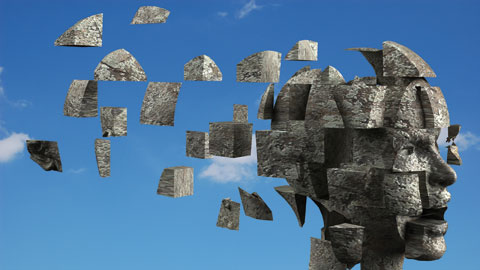 Taking steps to change the workplace environment and train managers on how to manage mental health issues at work can improve productivity and cut absence costs for employers, according to a new briefing from the Parliamentary Office of Science and Technology. Mental health conditions at work still cost UK employers around £26 billion per year in absence, presenteeism and excess staff turnover, despite several high-profile campaigns targeting the stigma and poor rehabilitation efforts facing employees with psychological problems. The briefing recognises that the workplace can contribute to the development and exacerbation of mental health problems – for example, disruptions to circadian rhythms as a result of poorly managed shift work can trigger episodes of mania in bipolar disorder, the reports points out. Employers have a role to play in managing these risks by better planning of workload and deadlines, for example, and through fostering a positive organisational culture that encourages employees to disclose mental health conditions if they wish.

“Reality gap” in overall health of the workforce

There is a significant gap between the actual health of employees and employer perceptions, according to consultancy Edenred. Organisations overestimate the health of employees and only a few employers are strategically committed to well-being, the survey of around 200 senior HR professionals finds. While two-thirds make the link between employee engagement and well-being, only one-third follow through with a corporate wellbeing strategy. Almost half of the HR professionals surveyed believe the health of the workforce to be “good” or “excellent”, whereas employee research suggests that most workers rate their health at less than 50% on a 100% scale. Employers struggle to evaluate the effectiveness of health-at-work initiatives and three-quarters state that a lack of financial investment and senior level buy-in are barriers to achieving programme objectives.

Edenred (2012). Health and wellbeing at work – where we are at and where we need to be.

Stress, bullying and work overload top the list of priorities for trade union health and safety representatives, according to the TUC’s latest biennial survey. Stress, which was already the most widespread concern for reps across all sectors two years ago, has become an even more pervasive issue in 2012, the survey suggests. Almost 70% of reps identified it as a main hazard, and 36% said it was the single most important hazard in the workplace, up from 27% in 2010. Stress is an even bigger issue in the public sector, where three-quarters of reps rank it in their top five concerns. More than 40% of reps rank bullying and harassment as a top-five issue, up from 37% in 2010, and it features in the list of the five most common concerns in 10 different sectors, compared with only five sectors in 2010.

Evidence is beginning to emerge that sustained levels of pressure at work as a result of the recession are affecting employees’ levels of engagement. The latest global workforce study from consultancy Towers Watson shows that the ability of many organisations to keep employees engaged is being seriously threatened by their inability or lack of willingness to support the health and wellbeing of their workers. In particular, almost 40% of the 32,000 individuals surveyed worldwide are bothered by excessive pressure at work, and 54% often worry about their future financial state. The report argues that some degree of pressure at work is inevitable, but that many workers now face real stress. It says that while many employers pursue wellbeing programmes and initiatives focusing on a healthy diet, exercise and behaviour change, these are not sufficient to engage and energise employees at work. It concludes that employers “have to think beyond these core programmes to embrace the notion of workplace energy on a far broader plane”.

Working for a large employer increases your chances of returning to work after a stroke, according to a recent study of more than 13,000 Danish workers. There was a statistically significant association between the likelihood of returning to work and each step up in the size of organisation in the study, prompting its authors to conclude that “preventative efforts and research aimed at finding ways of mitigating the effect [of stroke] are warranted”.

A soft-drinks manufacturer has been fined £20,000 and costs of £11,565 after a contractor was exposed to ozone gas while servicing a UV light system in a plant room. The contractor was not informed that ozone was present in the room at the time of the service, and was overcome by fumes. As a result, they developed acute irritant asthma, and were left with high sensitivity to a range of different chemicals and smells. Cott Beverages Ltd was aware of the hazards of ozone since the generating equipment had first been installed in 2001, but the company had failed to either carry out a suitable and sufficient assessment of the risks or to implement a safe system of work for servicing the equipment. Others on the site were also not adequately trained or supervised to safely issue work permits to the ozone-containing room, Loughborough Magistrates Court heard. Health and Safety Executive inspector Richenda Dixon said: “The company should have foreseen the risks and devised a safe way of working. Cott Beverages was aware of the hazards of ozone and knew there was a leak, but had done nothing to fix the problem or protect their employees or contractors from coming into contact with this gas.”

A train driver who suffered psychological injuries when the train he was driving killed a suicide victim has received £4,400 in compensation from the Criminal Injuries Compensation Scheme (CICS). Following the incident, the driver suffered flashbacks and nightmares in which he was unable to control a train. He subsequently worried about being able to stop trains during normal operations and because of this was absent from work for a year, during which he received counselling. Revisions to CICS recently agreed by Parliament will exclude injuries caused by trespass on the railways and reduce awards for some other types of injuries, claims Thompsons, the driver’s solicitors.