OH&W Awards – ‘If directors buy into the strategy, you are going to have a much better success rate’ 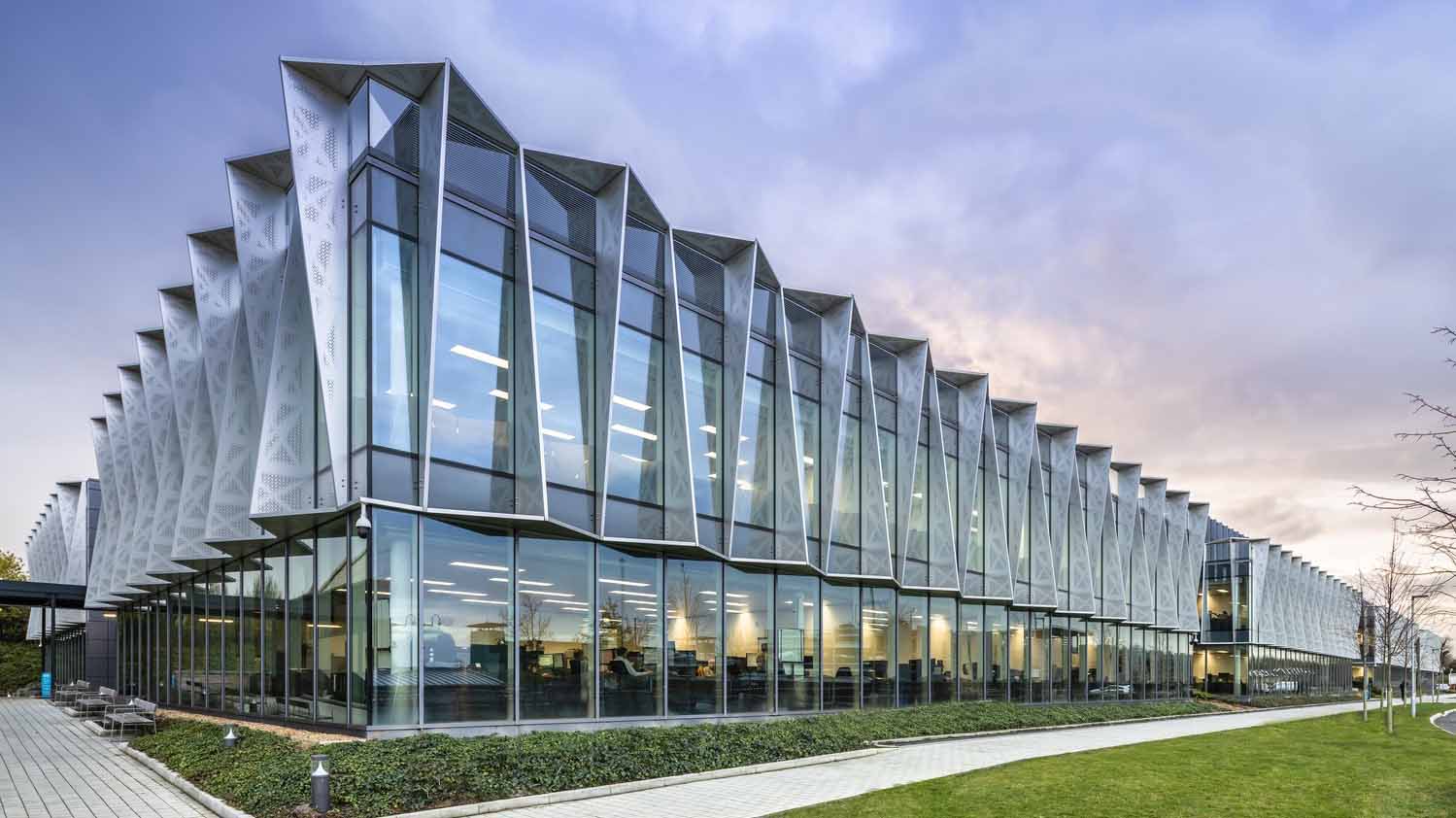 Winner of the ‘Best wellbeing initiative’ in last year’s Occupational Health & Wellbeing Awards, Office Athletes has forged a close health and wellbeing partnership with Cambridge technology company Arm, a collaboration that led to the innovative use of ‘geocaching’ and augmented reality to get employees up and out from their desks.

The Office Athletes team at Cambridge-based technology company Arm is a prime example of how, even in a competitive OH market increasingly marked by contract ‘churn’, it is still perfectly possible as a contracted provider to build a deep, long-term and extremely rich client/contractor partnership.

“Arm started out as Acorn Computers, operating out of a converted barn outside Cambridge nearly 30 years ago. Now, Arm technology reaches 70% of the world’s population. We’ve been with Arm for about 15 years now; we are very bespoke to it,” explains Elliot Fraser, Cambridge gym manager and lead of the Office Athletes wellbeing team at Arm.

“When we first took the contract on there were 500 people here and now there are more than 2,500. We have grown with Arm all the way and have tried to give it the most bespoke services that we can as possible really,” he adds.

Arm, via Office Athletes, won last year’s Occupational Health & Wellbeing Awards ‘Best wellbeing initiative’. There is more detail in the panel below but its Arm-GO ‘geocaching’ initiative was both innovative and clever in how it resonated with the organisation’s predominantly young, tech-savvy (but also sedentary) workforce and got them up and about and more active around Cambridge

“We have to do a certain number of wellbeing initiatives every year, and we try to be creative and do stuff we will enjoy as well as that we think will get the greatest footfall. It was our physio who originally had the idea of doing something along the lines of geocaching,” recalls Elliot.

“We looked at various apps and applications and recognised that Pokémon Go was really popular. We knew our demographic here; they are all young and on their smartphones and, of course, Arm is a technology company. So making it phone-based was never going to be a problem.

“It just kind of snowballed from there. It was really integral to get all the maps and technology working properly on everyone’s phones; it wasn’t easy but we did have the budget to build it, which was great. And we’ve been able to use that to springboard loads of other ideas,” he adds.

“On top of that wellbeing education side, there is a full-time physiotherapist on-site, sports massage, health assessments, ergonomic assessments and a fully functional gym,” explains Scott Taylor, Arm UK health and wellbeing manager.

“The people team at Arm also works very closely with Office Athletes and if we ever need to link up with the occupational health side of things, there is a company we can use locally for that,” he adds.

The fact Arm’s workforce, as with most office-based jobs, is predominantly sedentary means musculoskeletal work and awareness-raising is an ongoing priority on the health and wellbeing side.

“There is a lot of musculoskeletal and ergonomic assessment work,” explains Scott. “We are trying to increase physical activity throughout the day beyond just encouraging people taking breaks, although that is an important side of it, too. The on-site physio will also work with people directly if they have got a specific MSK issue. We also finding we’re branching out more and more into stress and mental health as well.”

On that note, one benefit the team hadn’t forecast from the Arm-GO initiative was that it didn’t just get people moving physically, it was also beneficial from a social, mental and emotional health perspective.

“A lot of people were just tending to sit at their desks most of the day. Some had just moved to Cambridge from various parts of the world and they had no idea what was around,” says Elliott.

“So getting them outside, finding them different things to do around Cambridge, having a walk around was really helpful. Many of them ended up doing it in groups as well; it was really nice to see people talking to each other, ‘where did you find this one?’, ‘can you answer this puzzle, I’m stuck on it?’ and so on.

“We could tell when each QR code was scanned. We could tell people were scanning them at 8pm and we could see people were doing them on the weekends, getting their kids and families involved. So it really did more than I thought it would,” he adds.

How to make change ‘stick’

What, then, do Scott and Elliot believe is the secret to making this sort of initiative, or even just health and wellbeing generally, ‘stick’ organisationally?

“I think any behaviour change has to come from the hierarchy, modelled from the director level. If the directors buy into the strategy that you are trying to implement, then you are going to have a much better success rate moving forward,” says Scott.

“Our senior leaders very much did this; they bought into the project, some of them even did it themselves. You could do it in work time due to Arm’s approach to flexible working,” he adds.

“Arm-GO was a very specific event, but it was important that the foundations were already there,” agrees Elliot. “The fact people are already able to work freely and go to the gym at lunchtime or had perhaps participated in other events that we do and all our education – if that hadn’t been there initially, I don’t think it would have led to the fundamental change it did,” agrees Elliot.

Being recognised through the Occupational Health & Wellbeing Awards has certainly been beneficial in terms of raising the profile of the work Office Athletes does within Arm, both Scott and Elliot agree. But it has also had wider benefits within Arm in terms of highlighting its ongoing commitment to the health and wellbeing of employees.

On top of that, while winning is of course always great, just the process of entering an award can be valuable because it forces you to reflect upon what you’re doing, what you’ve achieved, and how you’re delivering services.

As Scott points out: “I remember it just popped up on my email and we’d had such a good time building Arm-GO and we’d showcased it well, we just thought, why not? Why not just submit it and see what happens?

“Another benefit to me has been in terms of seeing what other people are doing, of reading some of the other winners and shortlisted entries; we can just take ideas from there and make them our own! But if it also raise awareness, and the profile, of what we’re doing, that’s even better,” he adds.

The Arm/Office Athletes team in a nutshell

How ARM became an OH&W winner

Arm, entered by Office Athletes, won in the ‘Best wellbeing initiative’ category for creating a wellbeing-based geocaching event based around the augmented reality game Pokémon Go.

The Arm-GO game saw employees download a map that marked eight locations in its base of Cambridge. Using the GPS on their phones, they then had to visit each location and scan a hidden QR code to reveal a further puzzle to solve. Once they had visited all eight sites, they had to submit their answers to each of the puzzles to be entered into a prize draw.

The company found most employees chose to play Arm-GO during their lunchbreak and immediately after work, suggesting they were spending more time outside during their working day.

Our judges described the entry as “a good example of creating wellbeing activity bespoke to cultures and age profile” and an initiative that had “been delivered within a tight budget but has clearly delivered positive results.” 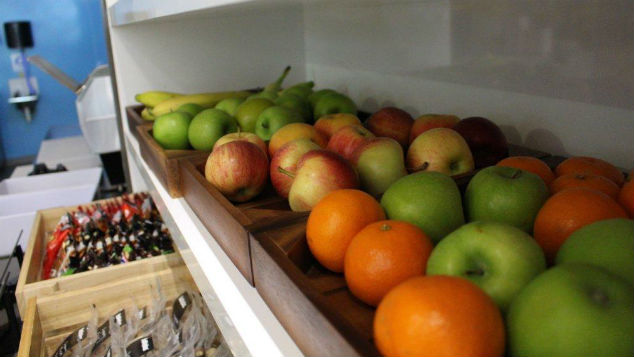 Implementing an evidence-based approach to wellbeing

Is “wellbeing” more than just “fresh fruit Fridays” or mindfulness initiatives? As Nick Pahl reports, a recent event led by...