Wearing a poppy in the workplace: myth or reality? 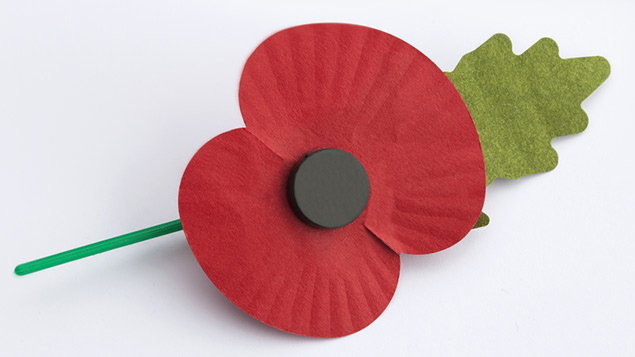 Can employers insist on their staff wearing or not wearing a poppy in the workplace?

Employers sometimes make the headlines over their policy on staff wearing a poppy in the workplace. We set out the myths and realities for employers over the emotive and sometimes controversial issue of employees displaying poppies at work in the lead-up to Remembrance Day on 10 November.

Wearing symbols in the workplace

Can an employer prevent employees from wearing a political badge or t-shirt?

For many years, Stoke City and Republic of Ireland footballer James McClean, who grew up in a staunchly Republican area of Londonderry, has chosen not to wear the poppy symbol that other players wear on their shirts around this time.

Each year McClean defends his decision, asking people to respect the choice he has made, just as he is respectful of others who choose to wear a poppy.

In 2015 a worker at KFC claimed he was banned from wearing his poppy in the kitchen. KFC maintained that its ban on wearing poppies in kitchens is for health and safety reasons, to avoid foreign bodies falling into food.

1. Myth – belief in the importance of wearing a poppy is a “philosophical belief”

Although these cases turn on their facts, it is unlikely that simply having a strongly held belief that the war dead should be honoured in November will be a “philosophical belief”.

There must be more than just a passionate belief that something is right to come within the protection of the Equality Act 2010.

In Lisk v Shield Guardian Co Ltd, an employment judge held that an ex-serviceman’s stated belief that “we should pay our respects to those who have given their lives for us by wearing a poppy from All Souls’ Day on 2 November to Remembrance Sunday” was not a philosophical belief under the legislation.

While the claimant passionately believed that he has an obligation to show respect for the sacrifices of others, the judge found his belief to be too “narrow” to be characterised as a “philosophical belief”.

2. Reality – a poppy in the workplace could still lead to a discrimination claim

Wearing a poppy in Northern Ireland

“It would be unacceptable if an individual was made to feel uncomfortable for wearing or not wearing any of these particular emblems or if these emblems were being flaunted before or forced on someone for not wearing them.”

Promoting a good and harmonious working environment: a guide for employers and employees (Equality Commission for Northern Ireland)

It is still possible that poppies in the workplace could lead to a discrimination claim, for example if an employer requires all its employees to display a poppy while working in public.

The wearing of a poppy at work is particularly controversial in Northern Ireland.

Equality Commission for Northern Ireland guidance says that the display of “marks of remembrance, celebration or commemoration” are “unlikely to be regarded as creating an intimidating or hostile working environment”.

The guidance gives poppies as an example.

However, it goes on to warn employers that the wearing of commemorative symbols should be a matter of choice for the employee.

Employers that place a complete ban on employees wearing poppies at work have come in for criticism in the past.

“I was dismayed to read your story about a pub chain allegedly banning staff wearing poppies for “health and safety” reasons.

“It seems reasonable for an employer to suggest kitchen staff may want to wear poppies without pins to avoid the risk of contaminating people’s food but to apply this to everyone and cite health and safety as the reason is just lazy and wrong.”

In 2014, pub and restaurant chain Brewers Fayre made the headlines after staff were allegedly told that they could not wear poppies at work because of health and safety concerns.

It later clarified that employees who work in or have to pass through a food preparation area are required to wear poppies with a secure clasp, rather than those secured by a single pin.

It is highly unlikely that a blanket ban on employees wearing a poppy in the workplace would be required by health and safety laws.

4. Reality – health and safety risks could justify a poppy ban in some work areas

As the examples of KFC and Brewers Fayre show, employers may have to limit when and how poppies are worn in some areas of work.

This is particularly true of areas where food is being prepared, to avoid a poppy coming loose and falling into someone’s food, or where machinery is involved, where a foreign body falling into machinery could cause it to break.

Employers that are introducing such a policy should make clear when and where poppies cannot be worn, and the rationale behind the rules.

This is article was first published in 2015 and has been updated.