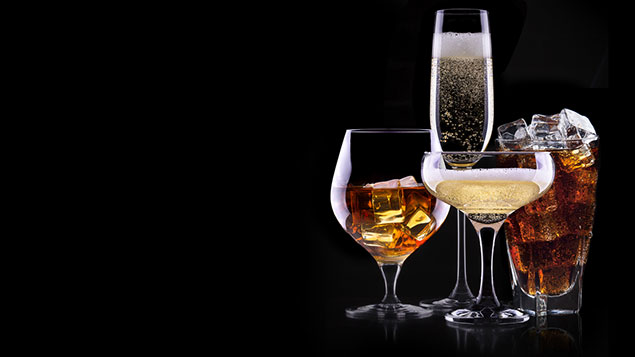 With alcohol consumption becoming an increasing problem affecting the workplace, alcohol self-assessment by employees could provide a solution, according to Don Shenker, director of the Alcohol Health Network (AHN).

Hangovers and pulling “sickies” are simply the outward manifestations of drinking too much, but UK businesses’ problem with alcohol is felt much more deeply and in ways we do not often appreciate.

The Government has estimated that up to 17 million working days per year are lost to absenteeism owing to alcohol misuse, costing a total of £7.3 billion per year to the UK economy and causing 40% of all workplace accidents (International Labour Organisation (ILO), 1995). This is exacerbated by the fact that staff who are drinking at increasing levels may be unaware of the health risks involved, and many companies do not offer opportunities for staff to assess their drinking levels. In addition, staff may under-report alcohol use in any face-to-face interventions at work for fear their employment could be affected (Del Boca and Darkes, 2004).

Excessive drinking among 25- to 59-year-olds is the world’s number-one risk factor for ill health and premature death, affecting businesses, families and individual employees (Anderson, 2011). According to studies in Finland, Norway, Sweden and Australia, alcohol consumption measured by drinks per week is positively associated with the number of sickness absence days for both men and women (Norstrom, 2006; Norstrom and Moan, 2009; Upmark et al, 1999; Johansson et al, 2008; Roche et al 2008).

This is thought to affect all workplaces, with the ILO (2005) estimating that up to 25% of employees in any large workforce drink in a way that puts their health at risk.

The problem is that although the majority of heavy drinkers are of working age and in employment, it is not always obvious to them or others that their drinking is affecting their health and subsequently their employment.

It is probably true to say that in most employment sectors in the UK, it is rare to find staff drinking while on duty, at lunch or at work. However, off-duty drinking after work or between shifts – whether among team members, with friends or at home – can still affect an employee’s ability to perform well, as well as affecting their health.

Men drinking more than three pints of lager on a regular basis are twice as likely to develop liver cirrhosis, and women drinking more than three large glasses of wine on a regular basis are nearly twice as likely to contract mouth, neck and throat cancer (NHS Choices, 2013), affecting therefore not just health, but job security too.

More than 60 types of medical conditions are related to alcohol use and misuse (National Institute for Health and Care Excellence (NICE), 2010). In addition, regular heavy drinking increases the risk of alcohol dependency.

A CIPD survey in 2007 found that only half of employers had alcohol policies in place, and some employers have attempted to raise employee awareness through providing more information on alcohol units and recommended drinking guidelines to their employees via leaflets, posters and information materials. These are important, but on their own are probably not enough to change long-standing drinking behaviours during employee leisure time.

What is to be done?

New evidence is emerging that using standard techniques for reducing heavy drinking in GP and hospital settings might work equally well in the workplace.

There has long been good evidence that asking individuals specific questions about their drinking levels and providing them with authoritative feedback reduces heavy drinking (Babor et al, 2001). This approach has been tried and tested countless times with impressive results. Contrary to assumptions, once heavy drinkers are made fully aware of the health impact of their drinking, they are more likely to moderate their intake.

NICE now recommends that this approach is followed in all GP and hospital settings because of the weight of evidence in its favour (Kaner et al, 2007). What is innovative is attempting to introduce this in the workplace.

The approach is quite simple. Using a risk-assessment sheet, individuals are asked up to 10 standardised questions on their drinking and given five to 10 minutes of health-based feedback on their score, and advice on future action. The assessment measures alcohol-related risk out of a total of 40, which is the highest risk possible. In this way, individuals identify what level of risk their drinking puts them in.

Typical health advice following the questions would be:

Some occupational health (OH) services now use this alcohol-risk assessment approach. However, it is often used to assess drinking levels when a problem has already been identified, such as a manager smelling alcohol on someone’s breath, or a suspicion of alcohol misuse already exists.

The greatest benefit of this approach would come from encouraging staff to self-assess their own drinking and taking appropriate action before an alcohol problem becomes fixed, and prior to any necessary involvement with OH services. Rather than someone assessing you, you can accurately assess yourself.

In this way, use of the approach can help employees assess their own drinking and take appropriate action, preventing excessive drinking from becoming habitual and protecting employees from alcohol-related employment issues.

This approach can also act to signpost staff to in-house or external services to support alcohol reductions to low-risk levels.

What is the evidence behind the approach?

Trying out alcohol assessments in the workplace is relatively new. However, as it is a win-win for employers and employees, there is growing interest in this area.

Swedish workers in a large transport company used this approach for one year and found that by following alcohol assessments and advice, fewer employees were drinking at higher levels (Hermansson et al, 2010).

A US study of young catering workers who had used a web-version of this approach found significantly reduced rates of drinking, particularly for high-risk drinkers.

In fact, US research has shown that over a four-year period, for every $1 spent on implementing systems to assess staff for their drinking, provide brief advice and refer to specialist treatment, companies save $4 in sickness absence costs, absenteeism, presenteeism and recruitment (Doumas and Hannah, 2008).

It appears that whether the alcohol assessment comes from a health professional or is undertaken privately by employees on the internet makes little difference. The E-Health Unit at University College London (UCL) claims that computer-based interventions for reducing alcohol intake are as effective as in-person interventions (Khadjesari et al, 2011).

Examples of alcohol self-assessment in practice

The AHN, a UK-based social enterprise, has been using the self-assessment approach with employers since 2013. The network collaborates with academics and clinicians from the E-Health Unit at UCL, Middlesex University and Camden and Islington NHS Trust.

The aim is to deliver an “alcohol-awareness campaign” encouraging as many employees as possible to self-assess their drinking, with the expected outcome being raised self-awareness and lowered drinking rates. AHN provides a bespoke alcohol-awareness website for workplaces that allows employees to anonymously assess their drinking, receive confidential advice and feedback as well as information on sensible drinking.

It has become clear that those who voluntarily use the self-assessment approach are quite likely to be hazardous drinkers. An above-average proportion of employees using AHN’s web tools discover they are “increasing” or “high risk” drinkers compared with the general population. So this approach seems to be acceptable to those who are drinking at higher levels and possibly want to find out more about how this is affecting them.

This does not imply that there are heavy rates of drinking in the organisations AHN has supported. Remember that up to 25% of employees will be drinking at higher rates. Rather, the findings suggest that this approach attracts employees drinking at a high-risk level that use the tool to examine their drinking and seek further advice and support.

It is also apparent that employees use the self-assessment tool several times to understand what different drinking levels mean for their health. Employees surveyed about their use of the tool said they found it useful and would recommend it to a colleague.

Two studies from UCL and Middlesex University, with which AHN has been involved, will shortly be released. In both of these, employees stated that they were happy to be asked questions about their drinking at work and, overall, they trusted that their results would be kept confidential.

The studies are not randomised controlled trials, so cannot tell us categorically if any reductions in drinking were as a direct result of the self-assessment and advice, but we will learn something about changes in drinking behaviour.

It is clear that we have moved beyond the option of occasionally distributing leaflets in the canteen urging employees to “know their units”. We now have a growing evidence base for what works in helping staff identify their own risky drinking behaviour and how best to reduce this.

Anderson P (2011). “Alcohol, work and productivity, scientific opinion of the science group of the European Alcohol and Health Forum”.

International Labour Organisation (1995). “Code of practice on the management of alcohol and drug related issues”.

NHS Choices. Live well: The risks of drinking too much.

Don Shenker is director of the Alcohol Health Network.