Lessons from the rise and fall of Fit for Work

By Nic Paton on 3 Aug 2018 in Fit for Work, Return to work and rehabilitation, Sickness absence management, Occupational Health 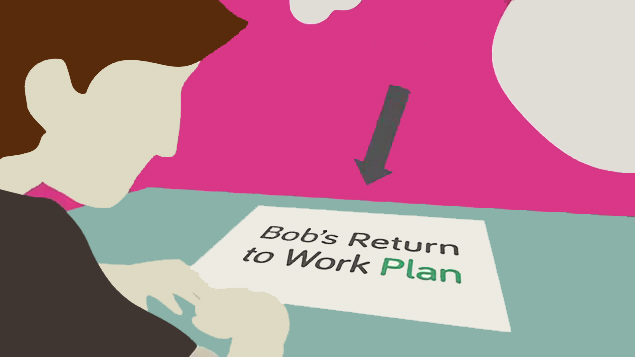 A final question – more statement really – to minister Sarah Newton at June’s Society and Faculty of Occupational Medicine annual scientific conference summed up much of the frustration felt within the occupational health community about the rise and fall of the Fit for Work service.

“We tried Fit for Work,” called out the questioner from the back. “And the reason it didn’t work was because you didn’t listen to the experts about the training of the people who ran it. The people who gave advice through Fit for Work, they weren’t trained occupational health nurses.

“I found the advice we got was very generic and was clearly not given by properly-trained people. So, you have really got to listen; you’ve got to spend money on it, and money on training adequate staff. And then it will work,” he added.

Newton’s Thackrah Lecture and willingness to be questioned by the profession was refreshing. In answer to this question, she stated: “I totally agree with you. Hopefully you have been reassured by what I said this morning. Of course, the team looking at the future are starting with ‘what have we learned from the past?’; that is always an essential place to look at what have we tried in the past and what have we learnt from that.

The Fit for Work service was launched in 2015 on a wave of high hopes. These had been prompted by, first, Dame Carol Black’s seminal 2008 Working for a Healthier Tomorrow report and then, in 2011, by her Health at Work – an independent review of sickness absence with David Frost, director general of the British Chambers of Commerce, which had first recommended setting up just such as service.

But it quickly became clear the service suffered from a lack of profile and awareness, and that many GPs and employers were sceptical about its effectiveness. To cite just some of the research into it, a survey by GP magazine last summer found that 65% of GPs had not referred a single patient to the service. And a study by Willis Towers Watson found only 21 of HR professionals said they had used it.

As a result, last December, in its response to its Work, Health and Disability: improving lives green paper, the government revealed it was pulling the plug on the referral and return-to-work element of the service, although its helpline, website and web chat facility have continued to operate.

In June, the government published the evaluation that had prompted it to come to this decision, Fit for Work: final report of a process evaluation. The report was collated from a combination of 72 in-depth qualitative interviews with employees, employers and GPs; a telephone survey of 504 employers that had had contact with the service; a telephone survey of 1,045 employees who had been discharged from it and a follow-up survey of 492. Referral and discharge data was also analysed.

So, what does this tell us about the effectiveness, or not, of the service and why, even with the best of intentions, it came to naught? Some key findings were as follows:

Of the 8,486 employees in England and Wales and 1,017 in Scotland referred and discharged between October 2015 and December 2016, most worked for very large employers (500 employees or more) – in fact 50% in England and Wales and 58% in Scotland. On top of this, around half of those using the service already had access to occupational health services, again belying the service’s stated goal of reaching those without existing OH provision.

As it stated: “In many instances the service was found to supplement support already in place to manage sickness absence, especially amongst large employers.”

“These included broadening the eligibility criteria; improvements to the referral mechanism in England and Wales, and better marketing of the service. Email was characterised as an ineffective means of communicating about programmes with GPs.”

However, they were also less confident in the likelihood they would return to work at the outset of the service, were less likely to share their Return to Work Plan with their employer, and less likely to have had all recommendations implemented. “Employees with a mental health condition were more likely to have returned to work with a different employer and yet also to value the service highly,” the report concluded.

The full report can be accessed at https://www.gov.uk/government/publications/fit-for-work-process-evaluation-and-feasibility-of-an-impact-evaluation