Putting workplace drug and alcohol testing in the spotlight 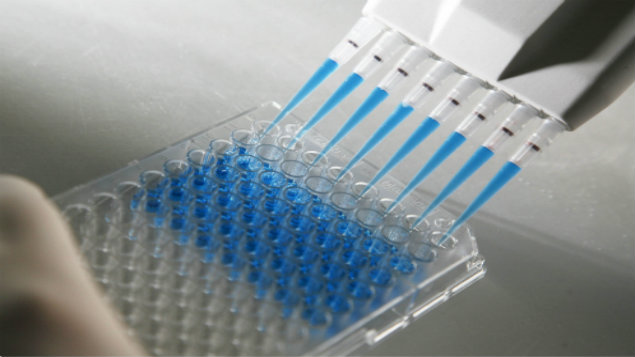 It is important all sides (employers, employees and OH) are clear what happens when a drug or alcohol test comes back as positive. Image: Press/REX/Shutterstock.

How effective is random drug and alcohol testing, especially outside the safety-critical environment? And with cannabis oils now complicating the picture, how should employers – and occupational health – approach workplace testing? Ashleigh Webber listened in to a recent conference.

Should all staff be tested to check they are healthy and “fit” to do their job, not just those in jobs with high levels of physical risk? Moreover, with substances such as cannabis oils now becoming legalised, do employers, and OH practitioners, need to be rethinking how they approach drug and alcohol testing?

These were among the challenging workplace health questions addressed at last autumn’s Occupational health and safety in transport workers: air, rail and road conference, hosted by the Royal Society of Medicine. While the conference focused mainly on supporting the health of transport workers, its learning points will be useful for OH practitioners working in a multitude of sectors.

Dr Rikard Moen, chief medical officer at occupational health provider Optima Health, got OH professionals thinking about some of the wider issues within this complex area by emphasising that drug and alcohol use, and misuse, has to be seen, first off, as very much a multi-generational workplace challenge.

Younger workers, for example, may socially be more likely to take illicit drugs, but it may be older staff who are more likely to find themselves dependent on prescription medication, he pointed out.

Equally, some people might not even be aware they have a drug or alcohol problem. “Some people have a double gin and tonic when they get home, then a couple of glasses of wine with dinner and then a whiskey after dinner. When you count those up, that could be 10 units per day. ‘But I’m not an alcoholic,’ they say,” he highlighted

Alcohol consumption is also increasing as more people are able to afford it, Dr Moen noted. According to NHS figures, alcohol has become 64% more affordable since 1980, as price increases have not kept pace with the increase in personal disposable income.

“Has society changed since then?” he asked. “There’s a lot more marketing and social media – social media has the capacity to normalise almost anything. Drugs are part of that too.”

The Scottish government has tried to tackle this issue by requiring retailers and wholesalers to charge a minimum 50p per unit of alcohol. While alcohol consumption in the country had fallen as a result, Dr Moen argued, Scotland, like the rest of the country, still had some way to go towards tackling alcoholism.

Value of drug and alcohol testing

From an employer perspective, while having an effective drug and alcohol testing regime can be useful for all organisations, Dr Moen suggested it was of little benefit if those enforcing or carrying out testing or dealing with the results did not understand what employees were taking.

There are hundreds of different substances and varieties of substances in existence, he explained, peaking in the mid-2010s as more synthetic cannabinoids entered the market.

“It’s important to know the language, because if someone admits they’ve been taking skunk or spice, you need to know what it is and what those drugs do,” Dr Moen said.

One area of particular growth has been cannabis oils and CBD oils. While CBD or hemp oils are now legal in the UK, as they do not have the psychoactive substance THC in them, cannabis oils do. It was therefore important not to confuse the two, he warned.

Cannabis-infused drinks are also available nowadays, so employers need to be aware of what these do and the effects they can have on the body.

“A lot of these products are being purchased on the internet and shipped in from abroad. You have no idea what the quality is like,” Dr Moen said.

A further area of potential concern for OH practitioners is medicinal cannabis. Since November 2018, medicinal cannabis products have been available on the NHS for conditions such as multiple sclerosis and severe epilepsy, but only in situations where other medications have failed.

While such medication might be beneficial to some employees in terms of alleviating symptoms, it can also limit an individual’s capacity to do their job or potentially create safety issues.

Dr Moen said there was “no right answer” as to how OH practitioners should manage employees who have been prescribed medicinal cannabis, but they should consider the risk it poses to the organisation and to the individual themselves if it is not managed correctly.

However, he did offer some advice: “I think that everyone who is going to go on prescription cannabis should be referred to OH, be asked why they need [the medication] and OH needs to make sure the right thing is in place.

“But CBD oil shouldn’t be taken in safety-critical roles because they can’t guarantee how much THC is in there. There is a possibility it could impair their performance.”

More generally, Dr Moen asked delegates how effective they thought their drug and alcohol testing regime was. The majority of attendees, many of whom were involved in the transport sector, operated random spot tests, it transpired.

Yet, explained Dr Moen, random testing may not in fact be the most effective method of deterring drug and alcohol use, as employees can often go years without being screened.

“With the model that the UK has for drug and alcohol testing, it’s designed as a deterrent. It’s not like the European one, which is designed almost like a diagnostic tool. I wouldn’t feel comfortable knowing that I’m only testing people once every 10 to 20 years, on average,” he said.

“What I find interesting is that the industries that are the most safety-critical have a significant risk [of excessive drinking and drug use]. It isn’t mandatory to do drug and alcohol testing in the aviation industry, although things are beginning to change – that scares the hell out of me. But on the railways or for HGV drivers, for example, or on construction sites in the UK, they test staff.”

Dr Moen noted that those who work in aviation are at higher risk of drug and alcohol misuse than most other industries, as the nature of the job means they are away from home frequently, have their social life disrupted by their job and work in shifts – all factors that heighten the risk of misuse.

It was worth thinking about such risk factors when considering whether to introduce drug and alcohol testing in other professions, he recommended, adding that “in the medical profession there is a lot of burnout and mental ill health. We’re very fortunate in the occupational medicine specialty, but we need to look at why we in our industry have such a low incidence of alcohol abuse, compared to surgeons, for example.”

Practical considerations for employers and OH

At a practical level, legally, employees must consent to screening. They can refuse to take a test, but if there is a good reason for the employer to ask for a sample, such as safety, then disciplinary action should be considered.

And, if an employee does test positive for a substance or is over the blood-alcohol limit (either set by the organisation or over the legal drink-drive limit, if that is the company’s policy), what should employers do?

“In the oil and gas industry employees are stood down,” said Dr Moen. “This is good in some respects, but at the end of the day after you’ve done the confirmatory testing and there is a legitimate medicine they’ve forgotten to declare, they’ve been stood down for two weeks and everybody knows that John has been off because he’s failed his drug and alcohol test.”

He also advised employers to build some flexibility into their policies. In many cases, having a limit of “zero” is unrealistic, he explained.

Employers needed to be clear about the steps that will be taken if an employee fails a test and whether they will be subject to disciplinary action. This should be written into their drug and alcohol policy so all employees were aware of what both the organisation and the individual themselves are required to do.

Dr Moen advised that, while it is ultimately a deterrent, drug and alcohol testing should also be used by employers as a way of identifying which employees need help.

“You should have a rehabilitation programme in your organisation. If you’re opening a can, make sure you know what to do if you find something inside it. If you’re going to be testing someone and they come back positive, don’t just kick them out – have a programme and be fair,” he said.

Guidance on Cannabis Products for Medicinal Use, Department of Health and Social Care and NHS England, https://www.england.nhs.uk/wp-content/uploads/2018/10/letter-guidance-on-cannabis-based-products-for-medicinal-use..pdf