Call for better health screening for Grenfell workers and survivors 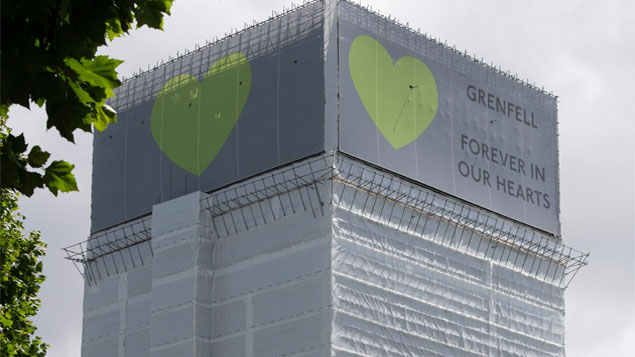 An academic studying the potential contamination in the area surrounding the Grenfell Tower has joined calls for the NHS to undertake more comprehensive health screening for the workers and residents affected by the fire.

Is it permissible to increase the frequency of health screenings for employees in line with age?

Professor Anna Stec, a specialist in fire chemistry and toxicity at the University of Central Lancashire, urged the NHS to take saliva, blood and urine samples from those who came into close contact with fire and smoke, suggesting to The Guardian that the £50m screening programme that has been proposed by NHS England did not go far enough to screen for long-term health risks.

The screening programme was announced following a call from Dr Fiona Wilcox, the coroner leading the Grenfell Tower fire inquest, to introduce a thorough health checks for survivors and emergency workers, as asbestos was known to have been present in the building.

However, Professor Stec said the £50m screening programme falls short, as no attempt has been made to consider the effect of toxicants around the tower. She said potential carcinogens had been discovered in the soil around the tower.

“Saliva, urine and blood samples should be collected and analysed along with other biomarkers, from not only those who were evacuated and other residents in the area but also firefighters and the other emergency responders who helped during the disaster,” she said.

“While there is a possibility that a small section of the exposed group may suffer some ill-health effects, we need to ensure these are identified and dealt with properly and promptly.

“I am anxious to ensure that there are no adverse health effects as a result of the tragic fire. I believe this can only come about by specific screening of the population for any health effects resulting from exposure to fire products, and detailed analysis of the environment.”

Speaking at an NHS Providers conference earlier this month, NHS chief executive Simon Stevens said NHS staff had been “working hard from day one” to support those affected by the fire, with residents receiving longer health checks by their GP.