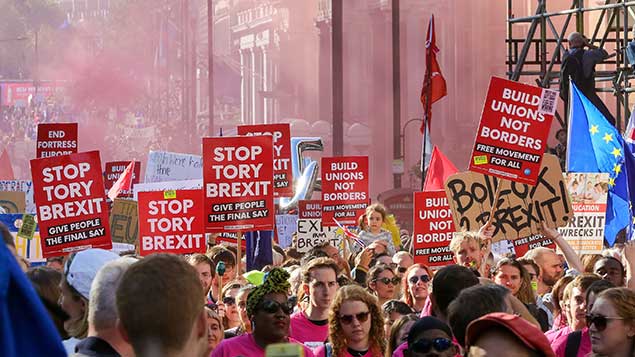 Eight out of 10 businesses feel the lack of clarity emerging from the Brexit talks is having a negative impact on investment decisions, according to a survey by the CBI.

Brexit transition period could be extended by a matter of months

Most businesses will implement “damaging contingency plans” – including cutting jobs – if they have no further certainty by December, the lobbying group’s survey of 236 employers found.

Almost a fifth said that the point of no return for triggering plans – such as restructuring, reconsidering supply chains outside the UK and relocation – had already passed. Many are now planning for a ‘no-deal’ scenario, the CBI revealed.

“The speed of negotiations is being outpaced by the reality firms are facing on the ground. Unless a Withdrawal Agreement is locked down by December, firms will press the button on their contingency plans. Jobs will be lost and supply chains moved.”

“Many firms won’t publicise these decisions, yet their impact will show in lower GDP years down the line,” Fairbairn added. “As long as ‘no deal’ remains a possibility, the effect is corrosive for the UK economy, jobs and communities.

“Businesses have displayed remarkable resilience since the referendum, but patience is now threadbare.”

Just under a third (30%) of businesses have investigated opportunities for business growth that may arise out of Brexit, but have not found any, the CBI added. A fifth said they had identified some opportunities, with many of those citing disruption to existing markets as something from which they could gain business.

Last week prime minister Theresa May hinted that the post-Brexit transition period could be extended by “a matter of months”, which could prolong employees’ freedom of movement between the UK and the EU.

The survey was carried out between 19 September and 8 October.