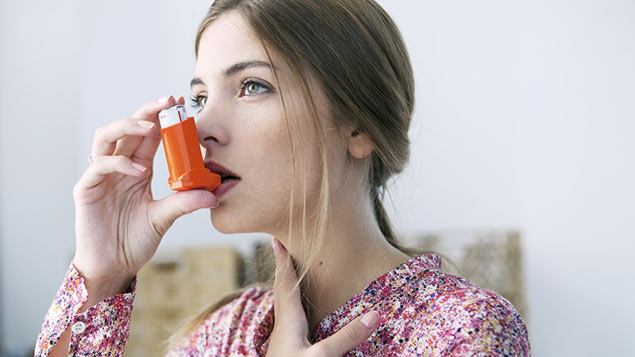 Asthma - one of the six conditions recommended for employer tax relief

Think-tank The Work Foundation has called on the Government to examine the use of tax incentives, national rebates or a tiered VAT structure to benefit employers that implement policies to support employees suffering with long-term conditions.

The recommendations came in a report published in February, The impact of long-term conditions on employment and the wider UK economy, which looked at the economic implications of six long-term conditions: psoriasis; diabetic macular oedema; asthma; schizophrenia; heart failure; and multiple sclerosis (MS) in the UK, in particular the effects on employment for those of working age.

Other recommendations included that the NHS prioritise the early diagnosis of long-term conditions and commit to providing patients with earlier access to new, innovative treatments and medicines.

The report called for more specialist employment support programmes to be commissioned for people with long-term and mental health conditions.

And it said that clinicians should have a greater focus on patients’ aspirations to stay in or access work while managing their condition.

The report also calculated that the average age of retirement for someone with MS is 42 years old.

More than 45% of people with asthma reported going to work when ill, increasing the risk of prolonged sickness and affecting their ability to perform effectively, while just 8% of people with schizophrenia were in employment, despite the fact that up to 70% of people with severe mental illness expressed a desire to work.

People with heart failure lost an average of 17.2 days of work per year because of absenteeism caused by their condition, while more than 52% of people with diabetic macular oedema were of working age.

A 10% reduction in sickness absence for people with psoriasis would provide a £50 million boost to the UK economy, it added.

“Current services are not doing enough to keep people with long-term conditions in employment, and the subsequent cost to the economy is significant,” it argued.