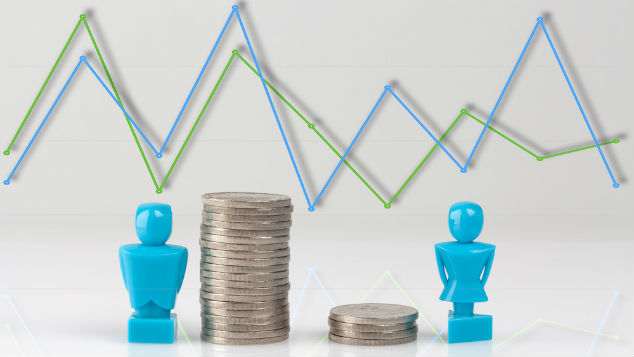 The draft regulations on gender pay gap reporting leave many questions unanswered. Adrian Martin and Annelise Tracy Phillips share insights on how the law might work in practice.

On 12 February 2016, the Government finally published the Gender Pay Gap Information Regulations.  They are currently in draft form and were subject to a second consultation that closed on 11 March 2016.

The Regulations will require employers with more than 250 employees to collect their gender pay gap data as at 30 April 2017 and then to publish it within the following 12 months (and on an annual basis going forward).

What information will have to be published?

Employers will not have to publish data by job type or grade, or for full or part-time employees as was originally envisaged. This change was in response to fears that the data would allow individuals to be identified, thus breaching confidentiality.

Who is covered by gender pay gap reporting?

The regulations apply to a legal “person” with more than 250 employees.  That means publication is to be by legal entity so that smaller companies, which may be part of a larger group, may not have to publish. Guidance out later this year will clarify this area.

The regulations only apply to employees. Information about any self-employed contractors and agency staff a business engages are excluded even if you set their pay. That means out-sourced services, such as cleaning and catering, which are often low paid and predominantly undertaken by women, will be excluded so the gender pay gap data will be more favourable.

John Charlton writes… It should only take about eight hours of a typical HR manager’s time to get to grips with GPG reporting regulations, according to an impact assessment for the Government Equalities Office.

It estimates it will take an HR manager four hours to familiarise him/herself with the regulations, two hours to collate GPG figures, one and half hours to tot up the gender bonus gap and half an hour to calculate the numbers of each gender in each pay quartile. Anyone who has crunched pay numbers may think this optimistic.

Employers may have to compile the figures sooner than they think. For example, says Clare Gregory, a partner at law firm DLA Piper, “bonus payments paid from 1 May 2016 could fall within scope for reporting, as the mean bonus pay paid during the 12 months preceding 30 April 2017 and must be published. “

Therefore employers must start looking at their bonus schemes now through the prism of GPG reporting. At present, adds Gregory, “the regulations define bonus pay as including commission but it remains to be seen whether this survives the consultation process.”

Partners in professional services LLPs are not employees – that means the highest (often predominantly male) earners in those firms are excluded from the data set. Again, that means the data will show a smaller pay gap.

What is included in pay?

“Pay” includes the same elements that are used by the Office of National Statistics (ONS) in the annual Labour Force Survey. This means, for example, that bonuses and allowances are included but overtime is not. The reason for using the same method of calculation is to facilitate cross-industry comparison and because the government believes competition and peer pressure will drive action.

Unfortunately, how pay is calculated may also distort pay gap figures in some organisations. For example, salary sacrifice schemes are excluded from pay. This means that if an employer allows pension contributions to be made by way of salary sacrifice rather than as a deduction from pay, pay for gender pay gap comparison purposes will be reduced. It is often medium or high earners who take advantage of salary sacrifices, rather than the lowest paid or those working part-time (often predominantly women).

Because maternity pay is included, an employer with a large number of female employees may find its gender pay gap increased if many women take leave but are not paid full pay. The numbers are unlikely to be balanced by males taking other types of leave.

The Equality & Human Rights Commission (EHRC) investigation into the pay practices of the financial services sector in 2009 established that one of the key factors accounting for the pay gap was the difference between the level of performance related pay received by men and women. As a result, the Government is keen for bonus data to be published separately.

Bonus is defined widely and includes commission and incentive pay. Payments have to be “received and earned” which suggests payments sacrificed before being received, as is sometimes the case for higher earners, will not be caught. Since these tend to be predominantly male the bonus data will show a smaller gap than the reality.

Where must the data be published?

Data must be published on the employer’s searchable website and kept there for three years to facilitate comparison. It will also have to be uploaded to a Government sponsored website where compliance can be monitored. There are plans to publish league tables to encourage compliance and action.

The Government has tried to balance its stated objective of creating greater transparency around the gender pay gap with a need to avoid excessive administration and creating unnecessary legal risk. Time will tell whether it has achieved its objectives, but for now, as well as responding to the consultation, a well prepared employer should consider: