Deaf workers: one in four has quit a job because of discrimination 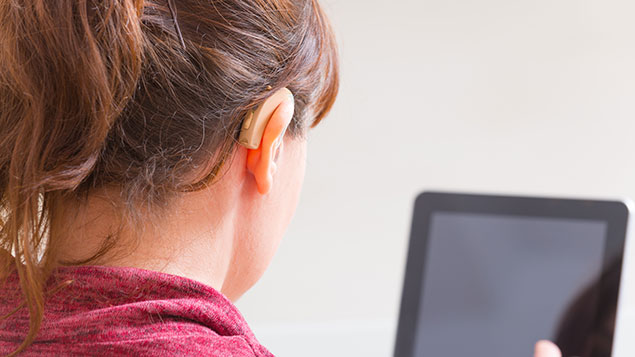 One in four workers with hearing loss has been forced to quit a job because of discrimination, according to a survey by totaljobs.

The job board’s research found that, although there are more than 11 million people in the UK with some form of hearing loss, the majority of deaf employees have experienced discrimination in the workplace.

The Deaf jobseeker and employee experiences survey report 2016 revealed that more than half (56%) of deaf or hard of hearing employees have been subject to discrimination during their career.

Other types of discrimination faced included being bypassed for promotion (reported by 27% of respondents); and pay (11%).

Dr Terry Riley OBE, chair of the British Deaf Association, said: “The survey clearly shows a lack of support for deaf people in employment. We must make sure more employers and deaf employees are fully aware of the availability of [government support system] Access to Work, which is vital in helping deaf people reach their full potential at work.”

Of those respondents currently employed, only just over half (52%) said that they were satisfied with their job.

While around three-quarters (74%) of deaf people felt confident that they have the right skills to look for work, almost the same number (72%) have received no support when jobhunting. Only 13% of respondents believed there is enough support available to help deaf people to look for work.

Rob Burley, head of public affairs and campaigns at Action on Hearing Loss, said: “We know that people with hearing loss face significant barriers when looking for work.

It’s imperative that employers change their attitudes towards both employing people who are deaf or hard of hearing and to supporting those already in the workforce who may have, or might develop, a hearing loss.”

One in four workers stated that there is no provision for deaf employees at their workplace and nearly half (47%) said that they did not receive support and guidance from their employer for issues related to being deaf.

Worryingly, almost one-fifth (19%) have not told their employer that they are deaf or have experienced hearing loss.

These figures are heightened by an absence of understanding across UK businesses, with just over one-third (34%) of deaf people claiming a lack of awareness as the biggest challenge they face in the workplace.

Feeling isolated or left out was also reported by 16% of those surveyed.

John Salt, totaljobs group sales director, commented: “Sadly, discrimination in the workplace can be compounded by a lack of awareness and support from employers.

“But the benefits of providing this support are obvious. Inclusive employers that engage diverse workforces tap into a broad talent pool with skills, abilities and experience that bring fresh perspective and benefits to the business.”

2 Responses to Deaf workers: one in four has quit a job because of discrimination