By Elaine Wilkins on 10 Apr 2017 in Mental health and stress, Return to work and rehabilitation, Occupational Health, Wellbeing 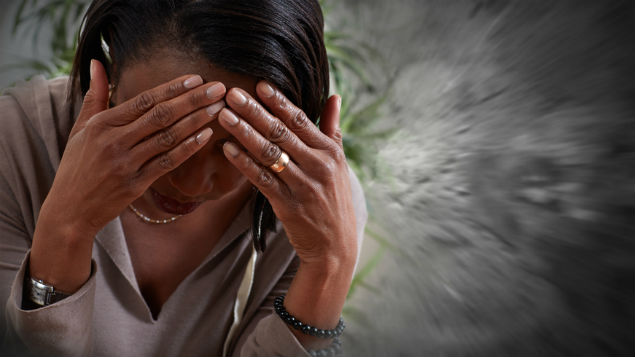 Employees who appear focused and capable could be susceptible to chronic fatigue syndrome, a potentially debilitating condition whose warning signs could go undetected. But there are ways to help those in recovery, says wellbeing speaker and coach Elaine Wilkins, who has developed a model for the purpose.

If you have experience of an employee or have visited a patient suffering with what may be termed as ME ­(Myalgic Encephomyelitis), Chronic Fatigue Syndrome (CFS) or Fibromyalgia, you will probably be acutely aware of how difficult it is to manage. The level of misinformation about the causes and trajectory of these illnesses leaves sufferers at the centre of employment tribunals and challenging HR situations. This is undesirable and avoidable.

The Chrysalis Effect is a model that aims is to demystify and redefine the way organisations can approach these conditions via a model of recovery and by embedding a culture of awareness and prevention among leaders.

In thousands of health profiles globally it is clear that those employees or business owners most susceptible are the high fliers who will be unaware of the early warning signs until it is too late.

The A-type overachieving personality traits described by cardiologists Friedman & Rosenman (1976) feature heavily in profiles. The tendency to drive themselves hard in either work, sport or both is a common theme. Some, however, fall into the category of people who over-give and suppress their own wellbeing needs.

On the surface sufferers appear strong, goal-focused and capable, naturally able to excel at whatever they do. The drivers of that behaviour emanate from a person who is actually highly sensitive physically and emotionally. This has an important but hidden physical implication.

The hypothalamic-pituitary-adrenal (HPA) axis that operates the fight or flight stress response is central to the origins and escalation of these conditions. As we know, deadlines, a heavy workload and office politics take their toll. In sensitive people there is a heightened response to these stressors leading to a situation where adrenaline and cortisol are circulating constantly and the body and mind cannot relax.

As additional stressors accumulate this leads to a failure of the body’s natural calming response – the parasympathetic nervous system – which becomes de-sensitised and ultimately cannot kick in. The first signs are usually sleep disturbance and a “tired but wired” feeling that affects cognitive function. The higher faculties of decision-­making, planning and short-term memory become increasingly impaired, and are ­exacerbated by artificial environments filled with computers and technical equipment.

When a conscientious driven person, who has perfectionist tendencies, is beginning to experience these unexplained symptoms they are somewhat in a double bind. They do everything to try to cope and fulfil their role, yet secretly they are struggling, which is why these conditions develop unnoticed by their colleagues.

As symptoms multiply sufferers self-medicate, sacrificing their leisure and social ­activities to ensure they continue to perform. It is common for a sufferer to take holiday leave to stay in bed to recover some energy for work.

What to look out for in the office:

This may not lead specifically to CFS developing for everyone, although the incidence rises sharply in women. However, for those susceptible, phase 1, “denial”, can last  months or even years until a final stressor such as a virus or personal loss can create a tipping point into phase 2, the “crash” phase.

We work with organisations on focused wellbeing initiatives highlighting the likely early warning symptoms, coping mechanisms and explanations of the domino effect these behaviours create in the body. When employees see the potential outcomes, they are keen to seek advice and make the necessary changes to head off and intercept a devastating long-term health crash for the employee.

When this education is not available, that final tipping point can mean the beginning of a long and painful journey into a long-term and debilitating condition labelled ME, CFS or Fibromyalgia. I know because I not only work with recoverers on a daily basis, but I have also lived through it.

My story is typical. As an executive in a global cosmetic company, I was at the top of my game. I travelled, trained and motivated teams nationally and internationally. The company Mercedes gleaming on the drive of our executive home was proof of my success and I earned trip after trip to exotic locations for exceeding my targets. My future looked bright. But one day it all came crashing down and I had no idea why.

A long-distance flight had proven to be the tipping point in my health. For a few days after returning home, I felt a pervasive unrelenting exhaustion that I initially dismissed as jet lag. Yet as each day passed the exhaustion did not recede. I simply could not get out of bed.

My first thought was that I had caught something while travelling. However, being stopped in my tracks so abruptly allowed me to feel what my body was struggling with now and what it had been trying to cope with for some time. This a familiar story – the symptoms include:

These are typical symptoms and can be explained as each system becomes affected in a downward spiral or domino effect that ultimately affects the cells responsible for energy and respiration (mitochondria).

Like most people in this position, I had no idea what was happening. I was convinced there was something seriously wrong, so the endless rounds of doctors’ appointments, blood tests and consultant referrals began.

As each test failed to reach a diagnosis, I developed a pervasive fear that something had been missed, and as the cognitive symptoms increased my greatest dread was an undiagnosed neurological condition. This is often unspoken, but it is a common fear.

It took 18 months to get a diagnosis, although it can often take longer, and six years to recover fully. It is the norm for employees to be sent home with no answers and no treatment plan. People are left in limbo feeling very ill with medical professionals either unwilling or unable to confirm a diagnosis. On top of that, colleagues and friends can often disbelieve the person who is ill which can leave them feeling isolated.

The definitions here are cited from trusted websites including nhs.uk and patient.co.uk which are endorsed by The Royal Society for Public Health and Certified Members of the Information Standard, assuring readers that this is information they can trust.

The three major obstacles for individuals and those supporting them (including managers, HR and occupational therapists) are:

It is addressing these that has formed the body of work of The Chrysalis Effect. The difficulty is that the current medical model falls short for such multi-faceted conditions. Each symptom is a consequence of another one and there is no single test. The blood tests are also limited, in the testing of thyroid markers, and usually no adrenal stress tests are performed.

The usual treatment pathway has been described as a “sticking plaster” approach. Patients are offered painkillers, sleeping tablets and anti-depressants, and they might be referred to a pain or ME clinic to learn how to “manage” symptoms. This is often based on offering the patient cognitive behaviour therapy or graded exercise therapy, which can be useful but does not provide the whole solution.

A damning report in 2012 by charity Action for ME gives evidence of a postcode-lottery approach to support.

When an employee on sick leave has no answers for HR they find it embarrassing and hard to deal with. This can lead to them seeking answers outside the usual medical route. The result can be switching from practitioner to practitioner, trying a multitude of random treatments and therapies in an ad-hoc manner until they exhaust their finances or their faith in ever being able to recover. They may face loss of job, income and an impact on social and family life without a solution.

Along the way they will visit websites, online forums or read literature about these conditions. When they start to look for answers they find conflicting definitions with potentially bleak outcomes. One book called ME Chronic Fatigue Syndrome: A practical Guide by Dr Ann Macintyre opens by saying: “These conditions have been described as a living death.”

People are ill and up against a prolonged search for a diagnosis and a cure. There is a lack of a cohesive treatment plan and a global lack of belief and education about prevention and recovery. It is for these reasons that people end up becoming defined by their illness.

Understanding that employees are trying to navigate conflicting information will be central to working toward a fair and supportive outcome. These illnesses are a combination of predisposition, physical constitution and specific contributory and environmental factors. Many of those factors are stress related, and need to be addressed systematically via an informed multi-disciplinary approach.

The Health and Safety Executive’s report Work Related Stress, Anxiety and Depression Statistics in Great Britain 2014/15 concluded there are:“Over 440,000 people ill with stress-related conditions in UK (increase of 20,000 since 2011/2012), which amounts to 43% of all working days lost.”

The number of people affected by CFS in the UK is always quoted as being in the region of 250,000, whereas UK Google searches each month for ME and CFS exceed 1.2 million. According to Fibromyalgia Action UK, there are more than 2,858,380 people with Fibromyalgia.

Employees most susceptible tend to work in positions of responsibility in healthcare, education, defence, social work and public administration (in particular welfare and housing associate professionals). Most clients we see work in law, medicine or education.

I am often asked about the similarities between the symptoms of a chronic exhaustive condition and depression. Many clients say they are often told that it is depression that is causing their symptoms. In my experience, depression develops as a secondary feature of becoming severely ill without a reliable diagnosis.

For many, what lies at the heart of their “disease’” is the internalised effect of the environment they are working in, the lack of joy in their work, the impact of challenging work relationships and the unhealthy lifestyle that develops as a result of self-medicating.

We also see cases where there is evidence of “secondary gain” or a payoff for being ill. This has to be addressed in the right way, as it is often borne out of fear and avoidance and is largely unconscious rather than deliberate.

As the old structures break down, so are people breaking under the pressure of working practices that lead to long hours in artificial environments within hierarchical management systems. The CBRE Genesis Report Fast Forward 2030 recommends putting wellbeing at the centre of employee experience to end the scourge of stress-related conditions and optimise employee health. The report states that companies failing to respond to this do so at their peril.

The Chrysalis Effect is about transformation. It was developed out of a need to support individuals, organisations and ­ultimately the NHS in changing the model for prevention and recovery, and to move away from symptom management to optimise wellbeing.

I believe stress management is an outmoded sticking-plaster approach. Healthy employees are the true wealth of any organisation because the personal drives the professional.The Chrysalis Effect stresses ID profiling education and individual wellbeing plans get to the crux and deal with the hidden causes of stress-related conditions.

Elaine Wilkins, BA (Hons) PGCE ILM CMI, is an accredited wellbeing coach, founder and author of The Chrysalis Effect recovery programme. She is a practitioner in training of integrated corporate wellbeing initiatives and workshops. She was the winner of the APCTC Courage to Change Award 2015. For more information, go to The Chrysalis Effect.
View all posts by Elaine Wilkins →
Previous Article
Next Article