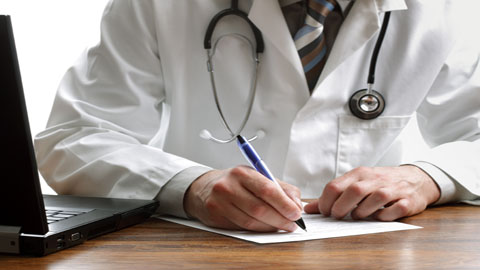 The manufacturers’ organisation EEF has called for a “summit” of employers and the medical ­profession to be held to discuss workplace absence, as its latest snapshot of sickness absence trends has suggested employers are ­increasingly losing confidence in the ability of the fit note to keep people in work.

The Sickness Absence and Rehabilitation Survey, conducted in ­association with Westfield Health, has argued that while manufacturers are increasingly active in managing sickness absence, there are growing signs that ­improvements in short-term ­absence and zero ­absence rates have plateaued.

It has also suggested that a growing number of manufacturers ­believe the fit note is failing to do this job and that a summit of ­employers, the Royal College of GPs and the British Medical Association is needed to identify obstacles to progress and agree a way forward.

More manufacturers are reporting that longer-term sickness ­absence is increasing (40%) rather than ­decreasing (24%), it said.

Only slightly more than a quarter (26%) of employers believed the fit note had resulted in ­employees returning to work earlier, compared with 40% who said that they are not.

More companies disagreed (49%) than agreed (20%) that the advice given by GPs about employees’ fitness for work had improved, it added.

The gap between those who rated the advice positively and those who viewed it negatively had widened substantially over the past 12 months.

After employees’ health conditions, GPs were seen as the secondbiggest barrier to rehabilitating ­employees who had been off sick from work. Fewer than 30% of companies reported they did not receive any fit notes last year that were signed “may be fit for work”.

One-third said that where they could not make work adjustments for ­individuals, it was because there had been insufficient information in the fit note to make a decision.

The EEF has recommended all medical professionals, including hospital doctors and GPs, are trained in using the fit note.

When it came to OH provision, the percentage of firms without ­access to OH was now at its lowest level ever – 23%. The majority of these were companies with fewer than 100 employees. However, fewer than 5% of employers had an OH service that was solely internal, the lowest level in the seven years in which the survey had been running.

The Government’s proposed health and work assessment and ­advisory service (HWAAS) would affect OH when it launches next year, the report concluded.

“Clearly there may be a ­restructuring in the OH market to accommodate HWAAS, but ­employers should not forget that HWAAS and management of sickness absence is only one small component of an holistic OH service,” it said.

“It will be an important one, but it will not deal with health promotion and other important topics such as health surveillance, pre-employment assessments, workplace assessment and design.”

Terry Woolmer, head of health and safety policy at EEF, said: “We are only going to make further progress on sickness absence if we do something differently. That means making the fit note deliver the advice to help employers and employees work together to get more people returning earlier to work. However, employers that were willing to give the fit note a chance are now becoming increasingly dissatisfied with the quality of advice that it is providing.”