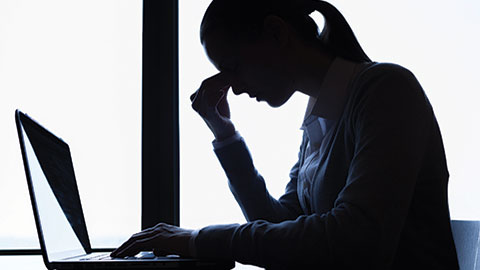 Employers including Royal Mail, BT, Barclays, Unilever and Deutsche Post – collectively employing more than 600,000 people across Europe – have come together to develop a practical action plan to help reduce the effects of depression in the workplace.

The “Target Depression in the Workplace” steering committee also includes representation from the Federation of European Employers and the International Labour Organisation. It is believed to be the first time senior European executives have come together in this way to assess and address depression in the workplace.

The initiative is being sponsored by Danish pharmaceutical company H Lundbeck and is being chaired by Bill Wilkerson, who is the executive chairman of Mental Health International.

The formation of the group has come as research by the London School of Economics (LSE) has suggested that one European employee in 10 has taken time off work because of depression, equating to more than 34 million people.

An average of 36 days were taken off work per episode of depression, which – extrapolated across the European working population – could mean around one billion working days per year are lost to depression.

“Mental health is the dominant workplace health issue of our time,” said Dr Paul Litchfield, BT chief medical officer and Target Depression in the Workplace’s steering committee adviser. “Work can either be beneficial or harmful to mental health and employers can make a major contribution to the wellbeing of society by their actions.”

Martin Knapp, professor of social policy and co-director of LSE Health and Social Care, added: “The catastrophic impact that depression can have on the individual and their family is well acknowledged, but what is still largely unresolved is the impact depression has on work.

“The economic impact is potentially enormous, and this does not take into consideration the reduced productivity of people who keep on working while they are depressed.”

The creation of the steering committee has coincided with research highlighting the link between back pain – one of the most common causes of absence within the workplace – and depression.

A study of 2,000 people carried out for insurer Friends Life has found that one person in four who suffers from back pain has also suffered from depression. In fact, 70% of people with back pain said the constant discomfort made them miserable, while more than a quarter (26%) added it made them feel stressed.

Back pain could also become a particular issue for younger workers, health insurer Simplyhealth has warned. Some 84% of 18- to 24-year-olds admitted to suffering some incidence of back pain in the last 12 months, its latest research found.

The average number of working days lost to back pain was higher for this age group than any other, and was 1.5 days more per year than their parents’ generation, it added. The amount of time younger people spent on PCs, laptops or tablets was in part to blame, it argued.

The organisation has developed a back pain app in association with the charity BackCare.

The research follows warnings in the summer by the British Chiropractic Association that one-third of young people (aged under 35) suffer from back or neck pain, often because of too much sitting down, and so could be storing up problems for the future.