By Nic Paton on 9 Sep 2014 in Cancer, Occupational Health 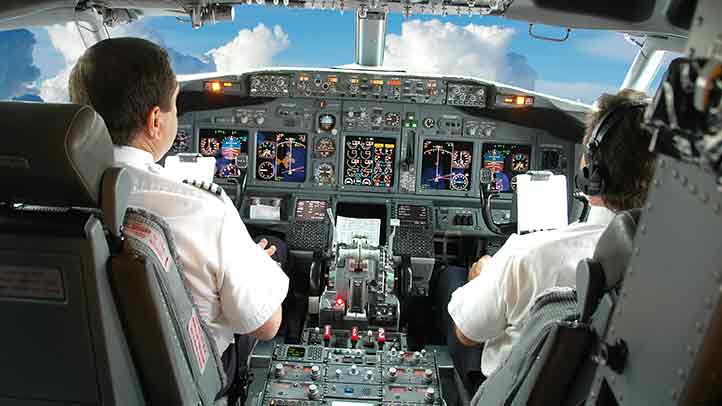 Pilots, outdoor workers and workers on construction sites are being warned that they need to take extra care to protect themselves from skin cancer, as figures from Public Health England (PHE) show that hospital admissions for skin cancer have risen steeply over a five-year period.

But, it cautioned, this was partly a result of new guidance being issued to family doctors on treatment.

At the same time, a joint study by PHE, the British Airline Pilots Association (BALPA) and the Civil Aviation Authority has suggested the amount of UV-A ultraviolet light entering a cockpit during a two-hour flight from Gatwick to Malaga last year was two to 10 times higher than the level recommended for a flight lasting eight hours, and 50 times higher than levels on the ground.

The research has, as a result, recommended that pilots should consider wearing sunglasses or sun visors in the cockpit as a matter of course.

The finding echoes an Icelandic study from 2000 that argued pilots were at greater risk of developing skin cancer than the rest of the population.

And, while aircraft windscreens absorb most of the UV light, enough still got through to cause concern, said BALPA.

“We know that pilots have a much greater risk of skin cancer than the general population and those with similar working and travel patterns. Our joint research shows that pilots are being exposed to amounts of sunlight in the cockpit above the recommended safe levels,” BALPA general secretary Jim McAuslan told the Guardian in September.

The research, published in the Journal of Photochemistry and Photobiology, sought to measure pilots’ exposure to ultraviolet radiation by taking measurements on an Airbus A321 flight in March 2013.

In a separate development, in the wake of the PHE admissions statistics, the Union of Construction, Allied Trades and Technicians has warned that construction workers are at particular risk of developing skin cancer.

General secretary Steve Murphy said: “Construction workers are exposed to the sun on a daily basis. It is vital that workers and employers put in place simple measures to ensure that they do not suffer skin damage which could cause skin cancer later in life.”

And a study by insurer and healthcare provider AXA PPP healthcare has concluded that gaps in employers’ “sun-safe” policies are putting outdoor workers at risk of harmful UV radiation exposure.

A poll of outdoor workers in the UK found that:

Dr Steve Iley, AXA PPP’s medical director for health services, said: “Our research demonstrates that employers are not providing outdoor workers with the necessary advice on sun protection despite the Health and Safety Executive’s warning that UV radiation should be considered an occupational hazard for people who work outdoors.”

Occupational health has been pivotal in helping employers, and the NHS, manage the coronavirus pandemic...