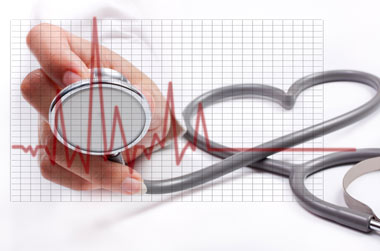 Take-up of the Government’s Fit for Work service pilots has proved disappointingly low so far, according to an evaluation by the Department for Work and Pensions (DWP).

Eleven pilots were launched in March 2010, following the recommendations in Dame Carol Black’s “Working for a healthier tomorrow” review of workplace health, with the remit to test out a range of different support models. Seven pilots secured at least a second year’s funding to carry on the evaluation process.

Initial findings, according to the DWP’s “Evaluation of the fit for work service pilots: first year report”, were that both the volume and profile of those using the service were not what was originally expected.

“Take-up was significantly lower than expected by local partners, and the 6,700 clients helped by services in the first year were much more likely to be people struggling at work with a health condition rather than the primary target group of people on a period of absence from work,” it concluded.

All pilots had difficulties securing referrals from GPs or small and medium-sized businesses, and marketing activities struggled to reach their target audience, it concluded.

Another issue was that while there was demand from employees and employers in large organisations, this was often simply to enhance or complement existing OH provision.

However, the original intent of the pilots was to reach out to employees for whom occupational health was not already available.

One valuable lesson was the importance of targeting individuals at the point where the need for help first arose, namely, when they were going to their GP to be signed off, it concluded.

“It is still unclear whether the pilots were helping their clients get back to work quicker than they would otherwise have done,” it added, making the point that there can be a danger of employees waiting until they get their “treatment” before they go back.

“The survey evidence suggests that most clients would not have received the interventions they had without the support of the [Fit for Work service] and qualitative evidence from the panel interviews indicates that the service helped people get back to work quicker and easier than they would otherwise have done,” said the report.

Jim Hillage, director of research at the Institute for Employment Studies and report co-author, said: “The 11 Fit for Work service pilot projects worked with people suffering with a range of conditions, from mild anxiety or depression to musculoskeletal problems like back pain and repetitive strain injury. Some offered accelerated access to physio or psychotherapy.

“The interim evaluation shows that this kind of intervention has the potential to fill the gap between OH and the health service. The final evaluation report will assess the impact of the service on overall sickness absence and whether the benefits outweigh the cost,” he added.