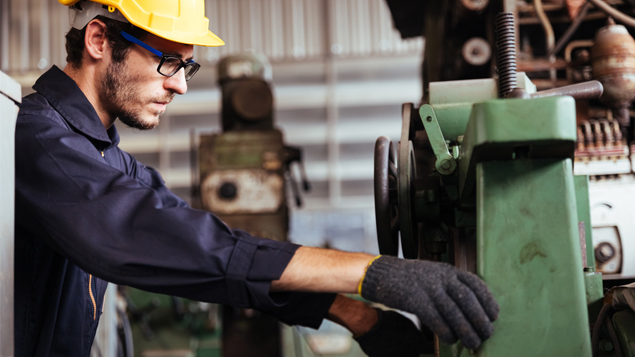 People who work in frontline operational roles, such as those in construction and manufacturing, are less likely to have access to channels to raise concerns about working practices and issues that matter to them as individuals.

This is according to research conducted by Nottingham Business School (NBS), in partnership with the CIPD, that found significant divisions between the “employee voice” in the office and on the shop floor even before the coronavirus pandemic hit.

“For example, many people in operational workplaces don’t have English as their first language; how do they receive key information and feedback? New divides have also been created; which areas of the business are safe? How do people travel to and from work?

“Frontline staff, for most organisations, are mostly likely to be some of the most challenging roles to continue socially distant ways of working and simultaneously are also the ones most likely to not feel able to speak out.”

The study was conducted in two phases. The first phase involved a survey of 2,370 employees across the UK, who were asked about their experience of raising concerns at work, while the second phase looked at channels for raising concerns in specific organisations. NBS said the second phase further highlighted the divide between office and operational roles in being able to speak up about problems.

Only a quarter of employees said they felt able to freely express themselves at work, while the same proportion admitted they often stayed silent about issues.

Work pressure was the most common issue experienced by staff (43%), followed by organisational change (29%).

One-on-one meetings with a line manager was the most common channel for employees to raise concerns (62%), while 49% said they could speak about issues during team meetings. Only 17% mentioned trade unions as a channel to raise concerns.

More than a fifth (22%) who had raised an issue which felt they had not received enough advice or support from their organisation.

The researchers recommended that employees’ issues were “managed upwards” from line managers to more senior managers, and that employers took the time to acknowledge workers’ concerns. They also suggested making more time available for discussion and collaboration.

Professor Helen Shipton, also from NBS, said: “The pandemic has created a number of issues that employees in the past may not have felt comfortable taking to their employer about, such as their personal life, family, finance and health circumstances. Workers are differentially impacted by shutdown, including their psychological and emotional wellbeing, and cannot just expect to go back to normal without being able to raise concerns about their workplace being Covid-secure.

“If the organisation or particular department has had poor levels of employee voice before the crisis these problems cannot be fixed overnight, particularly in command-and-control cultures, but it is possible to encourage active listening and start to form a culture of collaboration.”