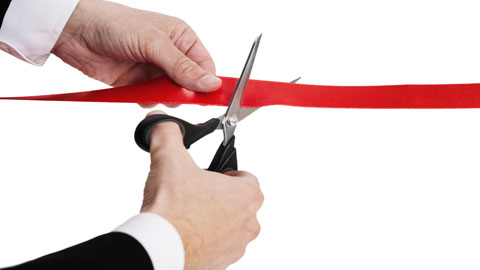 A Government-commissioned “progress report” on how it is doing on health and safety reform has argued that it is making rapid progress in cutting red tape and tackling “over-zealous application of health and safety” regulation.

Two reports were published by the Government in February: one by Professor Ragnar Löfstedt assessing what had happened since his 2011 report Reclaiming health and safety for all; and the second an assessment of progress in implementing Lord Young’s 2010 report Common sense, common safety.

The Government’s review found that 23 of the 35 recommendations in Young’s report had now been implemented, as had many of the recommendations set out in the Löfstedt report.

The Government argued that half of all health and safety legislation will have been reviewed, scrapped or simplified by next year, with one set of regulations in 10 disposed of by this April.

Changes from last April to the RIDDOR over-three-day injury reporting requirement – which involved changing the trigger point from more than three days’ to more than seven days’ incapacitation, not counting the day on which the accident happened – would, the Government predicted, save £5 million over the next 10 years.

The reports also argued that nearly 200 sets of guidelines had already been scrapped, the equivalent of one-fifth of all health and safety publications.

Mark Hoban, the employment minister, said: “These reports show how much progress we have made in restoring clarity to the system.”

But others expressed caution. Terry Woolmer, head of health and safety policy at manufacturers’ body the EEF, said the report showed there had been “progress”, but that the Government needed to ensure that in rushing to cut regulation it did not “remove measures that business finds helpful”.

Richard Jones, head of policy at the Institution of Occupational Safety and Health (IOSH), said: “We are disappointed that Professor Löfstedt has not taken this opportunity to voice concerns about the speed and scale of the review implementation raised by IOSH and others, and to urge a government rethink.”

The HSE has also published a document on the reforms.