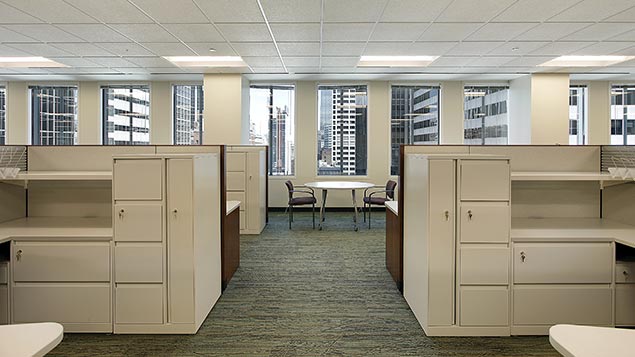 Workers in occupational health and safety in a manufacturing environment may find themselves having to adopt lean production techniques, both within their occupational health (OH) department and in the company as a whole. A commonly used tool is the “5S”method; Sian Edwards explains what it is and how it works.

Occupational health is unique among nursing and medical specialties for many reasons, not least because of the need for OH professionals to understand both the world of work and business. Health and Safety Executive figures show that manufacturing accounts for about 10% of the British workforce (2013/14); consequently with current employment standing at 30.8 million (Office for National Statistics (ONS), December 2014), the manufacturing workforce equates to three million workers across the UK.

Manufacturing companies wishing to improve efficiency, productivity and profitability have a variety of tools available to them, commonly referred to as “lean production”. 5S is a commonly used tool for organising workplaces and improving efficiency and productivity. It was developed in Japan as a way to engage front-line process teams in daily improvement. The Ss are the English equivalents of five Japanese words that explain the phases of the method.

In his book on lean production “Lean production simplified” (2007), Pascal Dennis describes a good 5S condition – in other words, a clean, well-ordered workplace that talks to you – as the foundation of improvement. 5S is also strongly safety focused. Some companies will even add an extra S for safety (known as 5S+1 or 6S) but this is not strictly necessary and, in fact, may even detract from the safety benefits of the other five steps. The method directly affects a number or areas for which OH and safety practitioners share responsibility, including the identification of danger areas, personal protective equipment (PPE) requirements and what needs to be cleaned and inspected.

The biggest risk is 5S running out of steam during the early stages and companies not following the process through to the final conclusion. In such cases, the 5S system starts to be seen as a housekeeping project, rather than an agreed standardised way of working efficiently and an effective continuous improvement process tool.

The 5S tool has its origins in Japanese manufacturing and is a five-step process for arranging and maintaining a work area and related work processes. It is possible for anyone, including managers, workers and even visitors to see what is out of place or fails to meet the standard just by looking around the area. A visual system is used to share information at a glance, which helps to engage everyone in keeping the workplace efficient, productive and safe. There are four increasingly powerful types of visual device that make up visual systems:

The five simple 5S stages are:

Although the method is primarily a manufacturing process tool, it can be applied to all areas of a business, including offices, warehouses and workshops. Before embarking on the 5S process, a 5S team should be established and members should be trained in the process. Ideally they would come from all levels and areas of the organisation.

In the sort stage, necessary items in the workplace are separated from unnecessary items. The space can become overrun with “stuff”, including tools, materials, files, equipment, bins, chairs, cabinets, fans, heaters, all kinds of things that might be kept “in case they come in handy” – even finished products that are waiting for shipping. Although some of these things will be essential to getting the job done, often much of what is in the workplace is not required and can be removed.

In production or manufacturing areas, typical items to be removed include: excess stock and materials; excess tooling and non-standard tools; and excessive or incorrect waste disposal. In labs or development areas, it may be a case of removing old or rarely used equipment or prototypes that are being kept “just in case”. In offices, consider removing unnecessary equipment such as fans, heaters or printers, as well as archived materials or old records.

Red tagging is a simple tool that can assist in the sort stage. A red tag is a tag that includes information such as: the item classification; item ID and quantity; reason for red tagging; work section; and date. You should: identify a space for “red tag” items and place all broken, extra or unused items in this area; have a limited period for items to be reclaimed before they are removed completely, as some items that are extraneous to one area may be just what is required elsewhere; consider options for recycling or other disposal; measure the volume of red tagging and record this information; and commit to regular red tagging as part of the 5S process.

2. Set in order (can also be translated as the “straighten” or “streamline”) stage

In the set in order phase, designated places are identified for all necessary items and workflow is organised for efficiency. The visual nature of this tool means that even visitors to an area can identify what is in order. For example, tools may be kept on a shadow board so that only necessary tools for the job are in the area and they are to hand. Any missing or broken tools can be easily identified and replaced.

Dennis (2007) recommends including workers and managers in the process-mapping part of the set in order stage. He suggests conducting a paper-mapping exercise before anything is physically moved. In the first part of the exercise, the “what is” process is mapped out, which shows where things are currently stored or positioned. String or similar can be used to demonstrate how materials and people move through the current process and a spaghetti diagram is created. It is important to include workers in this exercise so that the problems they encounter and their countermeasures are included in the map. That first map should then be displayed for a week to allow feedback and ensure that the current situation is fully understood.

In the second part of the process-mapping exercise, a second paper map is drawn up of “what could be”, which should respond to the comments and suggestions posted on the original “what is” process map. The second map should aim to minimise wasted movement so that materials and people flow in a logical way through the work process. Again, the process map should be displayed for a week to invite comments and suggestions to make sure that the proposed new layout makes sense to everyone and it will work before anything is physically moved.

Dennis suggests undertaking a dry run before actually beginning to move things around, for example using to-scale cardboard cutouts and coloured chalk in an empty warehouse area or car park to practise the new area layout before moving around actual equipment, racking and stock.

Once the locations for various equipment and large items have been decided, the workplace can be further organised. Walkways can be designated and taped or painted; storage locations for pallets, waste bins or lifting aids can be given a footprint; and minimum and maximum stock levels can be identified. Applying colour codes to the workplace adds to the transparency of the process so that anyone can find anything at any time and out-of-standard situations are obvious to everyone.

The shine stage requires cleaning and tidying of the workplace, materials and tools. Before starting the cleaning, the team should decide what to clean, how to clean, who should clean, and how clean is clean. Checklists can be helpful to ensure that areas are not overlooked. For example, storage areas, equipment, machinery and surroundings will all need cleaning, but specific checklists will help to ensure that all areas are captured (window sills, skirting boards, lights, under the stairs, meeting rooms, windows and so on). Likewise for maintenance cleaning, the team should establish what should be cleaned and how often. For example a workbench may need to be cleaned every shift, the floor swept every day, and the machine cleaned down once a week with a deep clean and preventative maintenance every three months.

Cleaning methods should be determined by the team. And standards should be established (ideally with a visual standard), so that everyone is clear on how clean an item or area should be.

Suitable cleaning materials should be sourced and stored centrally as part of the 5S process.

Once the workplace has been sorted, set in order and cleaned, then standards for optimal conditions can be implemented. This may include work instructions, process maps, cleaning rotas, or visual workplace standards. A shadow board for tools that shows what tool should be there, what tool is there, who has taken the tool and when it will be returned is a visual standard for the workplace. Similarly, a production board with “kanbans” is a visual standard that tells employees what to make, how many to make and when to make them by. A kanban is a visual tool used in production. It is a card that authorises production or withdrawal from stores. This allows workers and managers to quickly identify if production is ahead or behind schedule or if there is a problem in the process.

Ongoing standards should now be set for each of the stages thus far:

Standardising the measurement of 5S will also establish 5S within the company culture and aid continuous improvement. A 5S board in the workplace can also give visual feedback on how well the area is performing.

Having invested time and effort into sorting, setting in order, cleaning and standardising, the final stage of the 5S tool is to sustain, manage and maintain performance. Regular 5S audits and reporting metrics will assist in the sustain stage and instil 5S into the company culture. This will ensure that it realises the benefits of increased pride and ownership, continuous improvement, and increased efficiency, productivity and profitability.

5S training should also be established within the lean manufacturing training matrix for all staff, including team members, 5S core team members and supervisors and managers.

The 5S methodology is a lean manufacturing tool to improve efficiency and productivity that also improves safety and staff engagement. The 5S process includes sorting, straightening, shining, standardising and sustaining the new work processes. It can be applied to all areas of a business including manufacturing and processing areas, warehousing, laboratories, workshops and offices.

Acknowledgements to Jon Arnold and Huw Johns of TE Connectivity for their assistance in the writing of this article.