How to handle hand-arm vibration syndrome 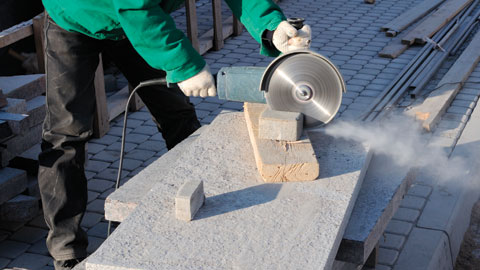 It’s easy to underestimate the risks that can come with working with vibrating power tools on a daily basis. Occupational health adviser Bruce Ormiston looks at what OH professionals need to know.

According to the Health and Safety Executive (HSE), employees who use power tools on a regular basis are at risk of suffering permanent damage to their physical wellbeing. The HSE (2011) also said that an important health and safety issue facing many construction and other heavy-industry workers is the risk of vibration injury from handheld tools that leads to a condition called hand-arm vibration syndrome (HAVS). Chetter, Kent and Kester (1998) describe HAVS as “a complex disorder of the upper limbs found in people whose work involves the use of vibrating tools. The condition is characterised by the presence of vascular, neurological and musculoskeletal disturbances, but any of these three components may predominate”.

O’Hagan (2012) says that HAVS is estimated to cost UK companies millions of pounds per year in compensation, working days lost to injuries and fines. HAVS was only officially listed as a prescribed condition in the UK in 1985, but the HSE reported that it has become the biggest risk facing any worker who uses vibrating tools or equipment on a daily basis.

Over-exposure to vibration can lead to painful and disabling injuries affecting the blood vessels, nerves, joints and muscles in the hands and arms and, according to O’Hagan (2012), in extreme cases can even cause loss of fingers.

In Hunter’s Diseases of Occupations, Pelmear (1999) defines the term HAVS as the collective name for a range of injuries caused by hand-transmitted vibration (HTV), including damage to the circulatory systems and sensory nerves in the fingers. It weakens the muscles in the hand and causes painful joints in the hands and arms. It is also known as vibration white finger (VWF) because the condition arises from regular, long-term use of tools that transmit vibration.

French and Italian miners were using pneumatic tools and developing hand symptoms that were described as “dead fingers” as far back as 1839. Pelmear (1998) calculates that an estimated 1.25 million workers were exposed to HTV in the US in 1974, and that this number had doubled by 1983.

In the UK, the number of workers exposed to HTV between 1984 and 1986 was estimated to be in excess of one million.

O’Hagan (2012) describes how the HSE introduced strict regulations that detailed the acceptable levels of vibration to which workers can be exposed.

The Control of Vibration at Work Regulations 2005 define how much vibration is acceptable in the form of an exposure action value – in other words, the amount of vibration exposure above which employers are required to take preventative action.

Several well-known and respected OH organisations in the UK – including the HSE, Constructing Better Health and the Faculty of Occupational Medicine (FOM) – have published literature about the dangers of HTV and the importance of employers maintaining their responsibility by ensuring employees are not injured because of excessive exposure to HTV.

O’Hagan (2012) reminds us that because the condition is listed as reportable, all incidences of HAVS mush be reported under the Reporting of Injuries, Diseases and Dangerous Occurrences Regulations 1995 (RIDDOR).

The Control of Vibration at Work Regulations 2005 introduced a statutory daily exposure action value and an exposure limit value for HTV. This information can be found in reg.4. Regulation 7 is very specific about the need for health surveillance for employees who are regularly exposed to HTV and how such surveillance should be carried out. The HSE (2005) also stipulated that health surveillance must take place when:

Pelmear (1998) and O’Hagan (2012) concur that HAVS is an extremely uncomfortable and often painful medical condition that can have a huge impact on the everyday lives of those affected by it.

Health surveillance is about having procedures in place in order to detect any work-related ill health or injury at an early stage and be able to act on these findings.

The aim is to safeguard the health of employees and to ensure the effectiveness of the company’s existing control measures.

The objective of health surveillance for HAVS is, therefore, to identify symptoms and/or prevent employees from developing symptoms that are associated with this disabling condition.

Some employees may not even be aware that they have hand-related problems, and this can be the appropriate and relevant health surveillance that will help them recognise they may have the initial symptoms of HAVS.

The HSE (2005) requires employers to report any cases of HAVS arising from work activities associated with the exposure to HTV under RIDDOR. This comes into effect when a formal diagnosis by a HAVS-qualified doctor has been made, confirming that the employee has the condition and that it is likely to have an occupational origin. HAVS symptoms include:

Pelmear (1998) found that while unprotected exposure to excessive hand-held vibration is known to cause the condition, it does not cause the attacks. He pointed out that the main trigger for the symptoms was exposure to cold conditions – for example, being outdoors on a winter morning – and that in advanced cases the blood circulation may be permanently affected.

Under the Control of Vibration at Work Regulations 2005, health surveillance for HAVS uses a tiered approach:

Who can carry out HAVS health surveillance?

The Regulations also define appropriate OH qualifications for health surveillance of HAVS for both nurses and doctors.

The author of this article has reviewed several pieces of research that were carried out between 2000 and 2010 (Heaver et al, 2011; Mason, Poole and Saxton, 2001; Edwards and Holt, 2010), which concluded that accurate diagnosis and staging of HAVS is a very important element in health surveillance, thus reinforcing the requirement that only fully trained and competent OH clinicians should be conducting this type of diagnostic assessment.

Mason, Poole and Saxton (2001) set out to assess the diagnostic value of the cold provocation test. Their results were inconclusive because they found only limited evidence that the standardised test was of value when attempting to diagnose HAVS. They concluded that regular and stringent health surveillance would be the best way of maintaining a good history of symptoms and recording any potential for progression.

Heaver et al (2011) concluded that early recognition and prevention was the key element in managing vibration exposure in most workers exposed to HTV.

Edwards and Holt (2010) concluded that appropriate risk assessment of the exposure to vibration is necessary to avoid both injury to workers and medico-legal cases for compensation from employers. They also found that suitable health surveillance was of significant benefit in the early identification of symptoms, and recognised that incompetent OH clinicians may miss symptoms, which could lead to misdiagnosis and to employees suffering from life-long injuries.

The work of Pelmear and Leong (2010) is based on reviewing the current treatment options, prevention strategies and international standards for HAVS. They conclude that the levels of exposure to HTV should be adjusted to prevent the incidence of VWF from exceeding the regulation levels in Europe, Asia and the US, and endorse the importance of regular health surveillance being carried out by qualified OH clinicians.

Several authors – including O’Hagan (2012), White (2011) and the HSE (2012) – agree that the scale of the issue is vast, and have estimated that more than two million people in the UK alone are currently expected to be at risk of developing injuries caused by their daily exposure to vibrating tools and equipment.

It is very important for OH professionals to have a full knowledge of the symptoms of HAVS, how to carry out appropriate health surveillance and be able to extract the best and appropriate information from the workers, many of whom are poor historians of their own symptoms.

Anecdotal evidence also reveals that while the majority of construction workers are aware of HAVS and of how they may be affected by the condition, they regard this as “just part of the job” and do not fully understand the importance of regular monitoring and health surveillance.

Health and Safety Executive (1999). Understanding health surveillance at work: an introduction for employers.

Mason HJ, Poole K, Saxton J (2001). A critique of a UK standardised test of finger rewarming after cold provocation in the diagnosis and staging of hand-arm vibration syndrome.