By Steve Herbert on 30 Aug 2017 in Mental health, Stress, Wellbeing 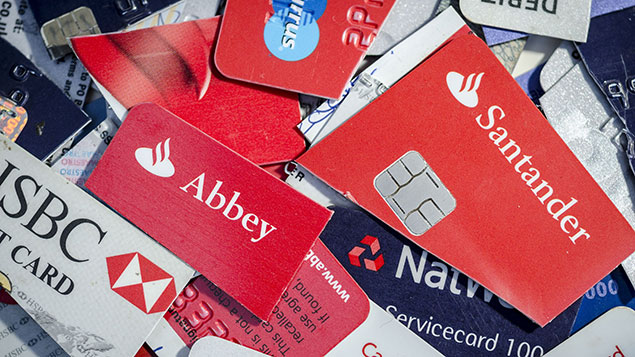 With an estimated one in eight workers living in poverty and many employees feeling the squeeze of below-inflation pay awards, how can HR support them to make the best of their money, asks Steve Herbert?

The Joseph Rowntree Foundation recently estimated that one in every eight workers in the UK is living in poverty.

Read that sentence again and you will note a point of genuine importance. This statistic relates only to paid “workers”, and by definition therefore excludes other groupings such as the unemployed, economically inactive, the long-term sick and those that have retired.

In simple terms, this means that a large slice of the UK working population is not actually being paid enough by their employer to provide even a basic standard of living. And many more will be earning more than the poverty line, but are still only just about managing financially.

The above findings are of course worrying for those people concerned, yet I believe they are also important to employers, and in particular their HR departments.

If a sizable slice of your workforce is facing daily financial challenges, then it follows that those employees are unlikely to be entirely focused on their work duties. As a result they will be less engaged and productive.

This would be problematic at any time, but even more so with slowing national economic indicators coupled with the major uncertainties of Brexit just over the horizon.

Employers are already beginning to recognise this issue. This summer, a Jelf Employee Benefits survey of organisations in England and Wales found that more than seven in 10 (71%) HR professionals believed that some employees were distracted at work by personal debt problems.

The same poll also suggested that as many as 43% of employers thought that some staff had been absent from work to deal with financial problems in the last 12 months alone.

The research also sought the views of HR and finance professionals as to which areas of daily expenditure were thought to be creating the most problems for employees.

Almost a fifth (18%) were concerned about having too much debt, while 21% worried they would not get on the housing ladder or move up it.

Other common concerns included uncontrolled and/or over-spending (13%), housing costs (20%), not saving enough for retirement (14%) and domestic costs such as childcare or food.

This only goes to confirm that the drivers of financial hardship are of course many and varied, yet the situation could easily get worse before it gets better.

To make matters worse, the Bank of England announced last month that car loans, personal loans and credit card balances have soared by 10% over the last year.

The ability to repay these amounts is questionable, particularly given the current level of pay awards and that interest rates will at some point start to climb again.

And then there are the unknowns of Brexit. High on the list of concerns here would be the possible increases in the cost of living that might be sparked by tariffs on imported products if a suitable deal with the European Union (EU) in not achieved before 2019.

The bottom line is that many more employees could soon be facing a cliff edge between income and expenditure, with the resultant negative impact on employer engagement and productivity.

What can HR do to help?

In an ideal world employers would of course be able to increase a salary for all such individuals to mitigate the expenditure issues, yet that is a big ask for employers in the current business environment. So the answer is to do more with the tools already available.

Most good employers will have access to employee assistance plans, and these products often include debt counselling services as standard.

Other options within benefits offerings will include items such as Childcare Vouchers (or its replacement Tax Free Childcare), discount clubs, short-term saving schemes, and of course guidance on pensions.

The savvy employer will ensure that all these components are rigorously and regularly promoted to their workforce.

In recent years there has been a growing trend of employers helping their workers understand the basics of financial decision making by introducing employer supported financial education sessions.

Such an approach empowers the individual to make more informed financial decisions for only a relatively minor cost to the employer.

Any or all of the above tools can only be a good thing for the individual and their families, and with fewer money worries employees will be able to better focus on their job.

This in turn should lead to an improvement in productivity – a major win for both the sponsoring employer and indeed the wider UK economy as we approach the exit ramp from the EU.