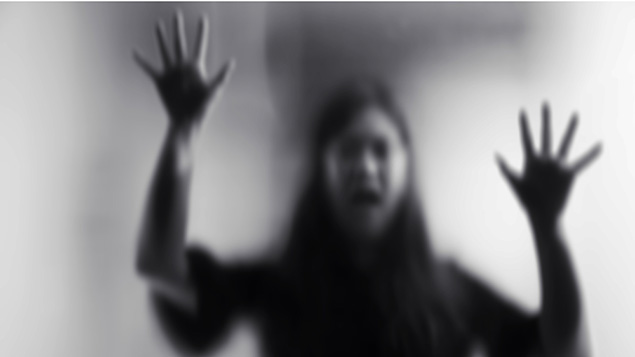 Halloween is upon us, but what are the most common HR horrors and how should employers deal with them? Alexandra Bonner and Emily Kearsey from Goodman Derrick look at some spooky hypothetical examples.

One of your employees, Declan, has been accused of fiddling the books. You’ve invited him to a disciplinary hearing but received a fit note signing him off work for depression shortly before the meeting is due to take place. Do you have to postpone the disciplinary meeting?

Not necessarily. As an employer you have two conflicting priorities: the need to conclude the disciplinary process in a timely manner and an obligation to look after the welfare of your employee.

You should write to Declan to see if he is willing to attend the meeting. Just because he’s signed off from work does not mean he is unfit to engage in the process. However, if he refuses, it is better to wait until the fit note expires.

If the fit notes keep coming in, try again to persuade Declan to attend a meeting. DWP guidance states that “the effects of an unresolved dispute on the employee’s mental health may be greater if the proceedings are postponed”.

Alternatively, consider holding the meeting in a neutral venue (perhaps Declan simply doesn’t want to come to work) or accepting written representations instead of a meeting.

If persuasion does not work, you could ask Declan to submit to a medical examination, perhaps by an occupational health specialist. However, you will need consent and be aware that if you get a report that says Declan is unfit, you are stuck with that.

Policies to protect you

As a last resort, consider proceeding with the disciplinary meeting in Declan’s absence. This can be a risky strategy as it may lead to claims, including unfair dismissal. Therefore only go down this route if you have exhausted all other avenues and if there’s a real need to conclude the process.

In our next scenario, one of your employees, Paula, hasn’t performed well since she joined 10 months ago.

Issues with her performance have not been raised formally and she passed her probationary period. You are just about to call her to a meeting to dismiss her for poor performance (as she has no right to claim unfair dismissal) when she informs you she is pregnant. Can you go ahead and dismiss?

To dismiss her now would put you at a high risk of a claim of automatic unfair dismissal – for which an employee does not need two years’ service – and/or discrimination.

Although there are issues relating to her performance, these have not been raised formally. Without good evidence for poor performance, an inference will likely be drawn that the real reason for dismissal is Paula’s pregnancy.

Conversely, if Paula’s performance had been monitored throughout and issues brought to her attention from the outset with thorough documentation, you would have a far stronger basis on which to build a case for dismissal for poor performance that is unrelated to her pregnancy.

Suspicious Sammy – should you suspend?

Your employee Sammy has been accused of secretly diverting work to his own business and you are very suspicious. Do you have the right to lawfully suspend Sammy while you carry out an investigation?

There are only limited circumstances when an employee can be suspended, i.e. if the employee’s presence would impede an investigation or lead to a serious risk to the business/customers/employees etc.

It is a protective measure only and should not be used as a knee-jerk reaction.

Furthermore, don’t forget there may be certain circumstances where an employee can have an implied right to work, such as if he is paid on a commission basis.

An employer also has an obligation to act reasonably so as to avoid breaching its duty of trust and confidence.

In Sammy’s scenario, suspension is likely to be appropriate because there is a danger that if Sammy is in the work place he could destroy the evidence or continue to divert business.

A business is entitled to set standards of dress and appearance but these must not be discriminatory.

Your business requires smart, professional work attire and your employee, Dina, a receptionist, comes to work with creased clothing and unbrushed hair. What can you do?

Consider what your dress code says about maintaining a clean, tidy appearance. Given that Dina is client-facing you are entitled to ask her to smarten up. Contrast this with a requirement for women to wear a skirt, heels, and makeup while men must wear a suit.

This requirement is clearly different according to gender and may amount to sex discrimination. Remember last year when a temporary receptionist was sent home for not wearing high heels and set up a petition for the law to be changed, prompting a parliamentary report into the matter?

It may be less favourable treatment to require women to wear a skirt if an equivalent level of smartness can be achieved, for example, by wearing a trouser suit.

It should be possible for Dina to maintain appropriate dress and a professional appearance without makeup or heels, so it’s therefore important to create a dress code that does not impact on groups with protected characteristics and be consistent with its application.

About Alexandra Bonner and Emily Kearsey