By Grant Ciccone on 1 May 2015 in Coronavirus, OH service delivery, Occupational Health 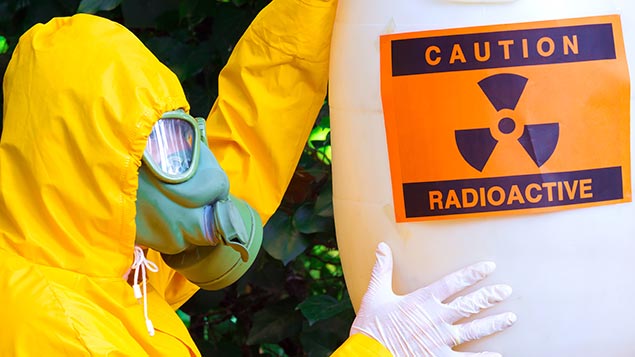 Experience as an occupational health (OH) professional based in Singapore has led Grant Ciccone to the view that biological hazards, such as infectious diseases, should be a global priority.

Traditionally, many of the OH risks encountered and managed by OH nurses have been related physical and chemical hazards. More recently, psychosocial and ergonomic hazards have become increasingly important.

The management of biological hazards has perhaps been less common, except for OH colleagues in healthcare environments involved in infection control. This is largely due to the decline in communicable diseases as more countries develop, and the increase in non-communicable diseases.

The disease situation is changing worldwide and remains unstable. According to the World Health Organisation (WHO), among the new biological threats, new infectious diseases are emerging, which have “appeared in a population for the first time, or that may have existed previously but is rapidly increasing in incidence or geographic range”.

Examples of such diseases include the following conditions.

In 2003, Severe Acute Respiratory Syndrome (SARS) was a completely new disease that largely affected healthcare workers. The first case of SARS in Singapore was diagnosed on 12 March 2003. Between then and 4 June 2003, when Singapore was removed from the list of SARS-affected areas by the WHO, 238 cases had been confirmed, with 33 deaths.

More recently, there has been a significant increase in the incidence of dengue infections in the Singapore general population. This is a vector-borne disease that has been present in Singapore for many years. It is not unique to the country, as the number of dengue infections worldwide and its geographic distribution has increased rapidly in the last 25 years. It has been estimated that, globally, between 50 and 100 million cases of dengue fever, 500,000 cases of dengue haemorrhagic fever/dengue shock syndrome and more than 20,000 dengue-related deaths occur annually.

The emergence of these diseases can be attributed to the inter-relationship of complex factors. Dr Margaret Chan, the director general of the WHO stated in the 2007 World Health Report: “Population growth, incursion into previously uninhabited areas, rapid urbanisation, intensive farming practices, environmental degradation, and the misuse of antimicrobials have disrupted the equilibrium of the microbial world.”

She added that: “New diseases are emerging at the historically unprecedented rate of one per year. Airlines now carry more than two billion passengers annually, vastly increasing the opportunities for the rapid international spread of infectious agents and their vectors.”

An OH adviser therefore needs to be familiar with the management of many infectious diseases that may be present in employee or healthcare workers in their care.

According to an International Labour Organisation (ILO) report in 2006, an unprecedented 36.3 million people of working age are now living with HIV/AIDS throughout the world, with more than three million labour force participants unable to work because of AIDS-related illnesses. Prevention and treatment of this disease in this group of people can bring significant benefits to the global labour force and the economy. An OH nurse or adviser has an important role to play in this regard.

Tuberculosis (TB) has not been a major problem in Singapore in recent times, but it remains a major public health concern globally. Approximately two billion people are infected with TB bacilli. Among these people, one in 10 will become sick with active TB in their lifetime. While the highest rates per capita are in African, about half of all new cases occur in Asian countries (Bangladesh, China, India, Indonesia, Pakistan or the Philippines), which are the origins of many migrant workers in Singapore. The emergence of multi-drug resistance and extensively drug-resistant strains of TB pose additional challenges in the management of this infectious disease.

International work and travel is becoming increasingly common among Singapore workers. For travel to endemic areas, preventative measures against infectious diseases such as vaccinations, chemoprophylaxis and health advice are often required. Equally, upon an employee’s return from overseas work, obtaining a travel history is important to assist in the diagnosis of any diseases that may subsequently develop.

In addition to major public health concerns, many of these infections are occupational diseases that could affect co-workers or healthcare professionals. As such, OH nurses or advisers who look after the health of employees and their families in the wider public health context have an important responsibility and function in their control and prevention. They also need to protect their own health as they are often exposed to infectious agents in the course of their work.

To do this effectively, OH personnel will require appropriate knowledge and skills in the epidemiology and prevention of infectious diseases. Sadly, this is not always the case in Singapore as there is no formal training and/or qualifications for nurses to gain in the speciality of occupational health.