Is resilience training the solution to technology overload? 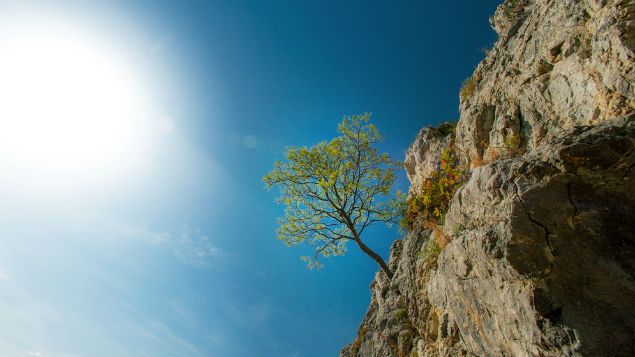 For many, the extension of the office into our homes and mobile devices has been a good thing, allowing us to work more flexibly, where and when we like. For others, it has led to the intensification of work, giving rise to unhealthy working patterns, email addiction and increased stress and anxiety levels.

We are in a state of dissonance over whether the benefits of technology in the workplace outweigh the negative side effects on employees’ mental health – and while we grapple with these issues, technological prevalence will increase. Digital technology is increasing in capacity and halving in price every two years (Moore, 1965), with wearable technology set to go mainstream this year.

In theory, the advantages for workplace efficiency are immense, allowing organisations to flex work patterns to better meet customer needs and reduce pressure on expensive office space and much-sought-after car parking facilities. However, the disadvantages associated with allowing, and in some cases legislating, that employees work more remotely and flexibly are not to be underestimated.

Far from being tempted to slack off, the desire of remote workers to show that they are still contributing, combined with the often invasive and addictive nature of email, means it is far too easy for employees to make themselves sick with stress and anxiety by using technology to lengthen and intensify their working day in unhealthy ways.

Professor Monideepa Tarafadar, a future of work researcher from Lancaster University Management School, warns that our lives have become so connected that debate about how best to separate work and life is now redundant. Instead, she argues that the priority is to find ways of enabling employees to flow in and out of work, in a way that actually enhances their lives.

For example, by allowing working parents to go home early so they can enjoy dinner with their families, before reconnecting with work again later in the evening. Or by giving millennials – 89% of whom would like to choose when and where they work (Elance-oDesk, 2015) – the freedom to fit work around their lives, rather than life around work.

The problem, she warns, is that while some knowledge workers seem able to embrace dipping in and out of work, quickly responding to work emails before going out for dinner, only to quickly switch-off from work again, others really struggle to ever fully disconnect, making them far more susceptible to becoming sick with stress or anxiety.

As a global organisation at the forefront of revolutionising the technology industry, Oracle is also pioneering ways to support its workforce to cope with the new challenges and pressures associated with working in an increasingly connected world.

Michelle Bradshaw, compensation and benefits director for Oracle UK, explains: “The business world is changing dramatically, with new technologies changing the way in which our people work. Increased globalisation means working across different time zones, while new cloud technologies are allowing more and more people to work from home, transforming the boundaries between work and life.

“We wanted our employees to embrace all the good things that new ways of working have to offer, but recognised that this can bring different challenges. In response, we were keen to find a way of helping them to proactively manage their wellbeing so they could make healthy choices about the levels of pressure they were putting themselves under.”

A key challenge faced by Oracle was improving the health of its large community of homeworkers. “Fifty per cent of our workforce works from home, which, interestingly, can put them at increased risk of poor health. Generally they’re less likely to take breaks and have fewer social interactions,” says Bradshaw.

“The international nature of our business meant some people were getting up at 5am to talk to Asia, dealing with the UK all day, then the US until 11pm. You might be able to do that occasionally, but if you do it several times a week, it is likely to start affecting your mental health.”

She adds: “The number of people with low levels of mental health and resilience had been steadily increasing but people still weren’t making the connection between how they were feeling and how they were behaving.”

In response, Validium, the psychological health experts, devised a three-hour resilience workshop to be delivered to 20 employees at a time. A key focus was teaching everyone to listen to their bodies and recognise warning signs.

“The workshop was very action-based, looking at all the specific actions employees could take to proactively increase their resilience,” Bradshaw says. “That meant everyone attending went away with a clear understanding of tasks they could do to protect their mental health – be it saying no to setting up calls with both sides of the world on the same day, taking a break to explore their local area at lunch, or drawing a clear line between work and life so they could play with their children or talk to their partner in the evenings.”

“There has been a huge appetite for the resilience workshops,” says Bradshaw. “Of the 600 people who’ve already taken part, more than 90% said they would recommend it to a colleague. Employees say they feel empowered and excited to make profound changes to their life. By helping them to see the importance of looking after themselves and their mental health, they finally understand the link between their performance and their wellbeing.”

She concludes: “It has helped us to reduce absence and improve productivity. Employees feel very positively that Oracle is an employer that really cares about them and wants to look after them. It has empowered our highly driven workforce to listen to their bodies, take proper breaks and draw a proper line between work and life.”

All of this requires HR to play a proactive role, instead of allowing negative working practices to develop. For example, by working with IT to create dashboards that alert employees to the extent to which they are obsessively checking emails or extending their hours by logging on remotely, so that educational resources and policies can be created in keeping with this.

Despite its immense potential to improve our lives for the better, the very ease with which technology allows us to access and share information, to work from anywhere, means most of us now feel compulsive about being connected, forced to respond to work-related information in real time, trapped in almost habitual multitasking and left with little time to spend on sustained thinking and creative analysis.

The fact is our psychological processes, and ability to think and work in new ways, have not kept up with the pace of technological innovation.

Furthermore, the days when HR could implement one-size-fits-all policies with regard to out-of-hours email access and holiday working are long gone. Instead, working arrangements are set to become so flexible and unique to each individual that it will be down to each person to proactively manage their own mental health.

The problem is most employees have become used to suppressing their natural desire to do the things that keep them healthy. Instead, they have become accustomed to regularly pushing themselves past their limits and so no longer know where those limits are.

Humans have a great capacity for work and generate huge satisfaction from driving themselves to achieve, but at some point the level of suppression becomes unhealthy. By using resilience training to educate employees about how to listen to and act on their warning signs, you can stop them from pushing themselves past their personal limits.

Far from encouraging less work, the aim of resilience training is to encourage employees to be more holistically healthy by empowering them to work smarter and more effectively by focusing on those tasks and activities that matter most. A critical part of this is the development of healthy habits, such as taking regular breaks, socialising, interacting with others, exercising and psychologically refuelling, so that employees remain healthy and productive.

If you asked an employee to put their hand into a fire, they would refuse on the grounds that it would burn them. But if you set them an unobtainable target, they would probably try to achieve it. That is because although we understand the impact of the choices we make on our physical health, we are much less aware of the impact that the choices we make have on our mental health.

Therefore, as well as training employees to better understand the relationship between the choices they make and their mental health, they also need to be empowered to have a choice – to be allowed to say no when things get too much.

Choice being the key word because what works for one person won’t necessarily work for another. While one employee may rejoice at the idea of ignoring work emails while on holiday, another might have become so anxiously attached to their inbox that switching off their normal reflex to respond might prove more than they can bear. In which case, allowing themselves to dip in and out of their emails just once a day will be much less stressful to them than trying to switch off completely.

Good resilience training, therefore, is not about prescribing solutions, but instead giving employees the psychological insights required for them to make simple but profound changes to their life to protect their emotional health.

Mandy Rutter is a psychologist and head of resilience services at Validium, a provider of psychological health services.

Moore’s Law is the observation named after Gordon E Moore, the co-founder of Intel and Fairchild Semiconductor, whose 1965 paper described a doubling every year in the number of components per integrated circuit.