By Personnel Today on 22 Nov 2012 in Health and safety, Wellbeing 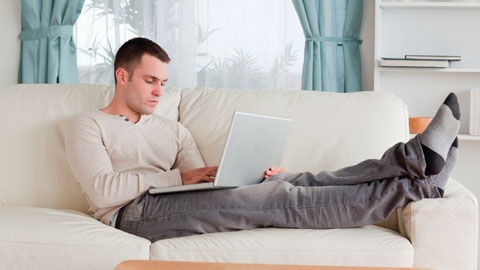 Sitting for long periods can increase the risk of diabetes, heart disease and even death, new research has suggested.

The Leicester and Loughborough universities’ study also argued that harm is done even if those people who sit for long periods do exercise.

But charity Diabetes UK pointed out that anyone who spent a lot of time sitting or lying down would “obviously benefit” from moving around more.

The study, published in the journal Diabetologia, analysed 18 existing studies involving almost 800,000 people. The research team, led by Dr Emma Wilmot from the diabetes group at the University of Leicester, argued that while going to the gym or pool after work is better than heading straight for the sofa, spending a long time sitting down remained bad for you.

Each of the studies the research team assessed used different measures, such as more or less than 14 hours a week watching TV or self-reported sitting time of less than three hours a day to more than eight.

But the researchers argued it was not possible to give an absolute limit for how much sedentary time is bad for you.

Dr Matthew Hobbs, head of research at Diabetes UK, said: “The overarching message is that spending a lot of time sitting or lying down can be bad for overall health and considerably increases your risk of developing type 2 diabetes.

“Anyone who spends lots of time sitting or lying down would benefit from replacing some of that time by standing or walking. Aside from any direct effect reducing the amount of time you spend sitting down may have, getting more physical activity is a great way of helping maintain a healthy weight, which is the best way of minimising your risk of type 2 diabetes.”